After having recently completed the last regiment of Napoleonic French cavalry I found a bit of time over the weekend to haul them all out again for a few group pictures: 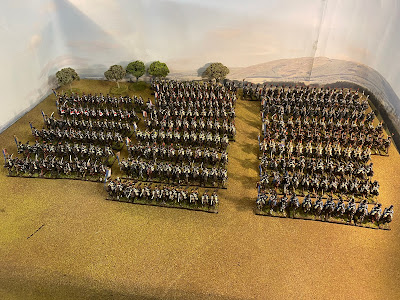 The figures are all Wargames Foundry or Perry, with the flags from GMB. First up a couple of pictures of the line chasseurs and lancers: 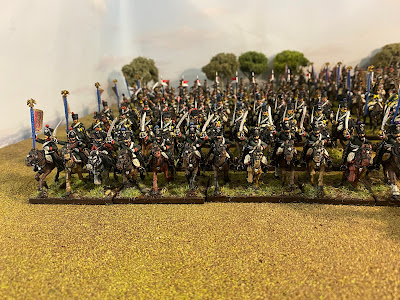 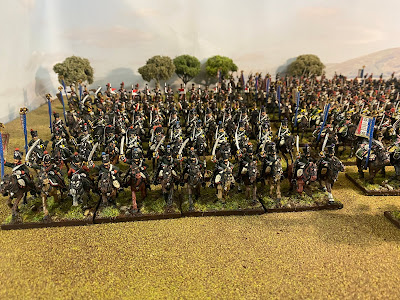 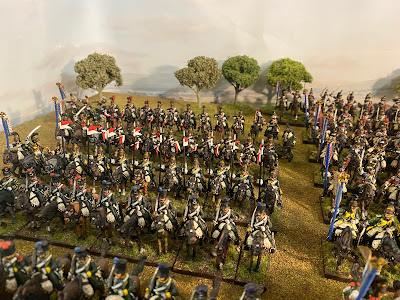 The dragoons and cuirassiers: 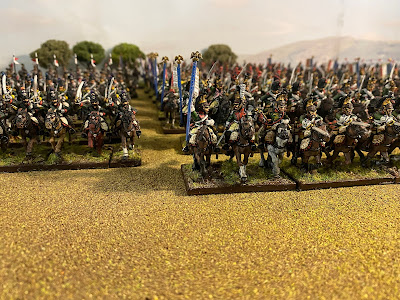 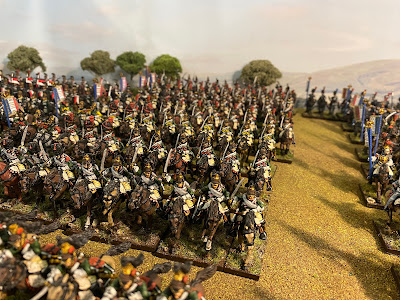 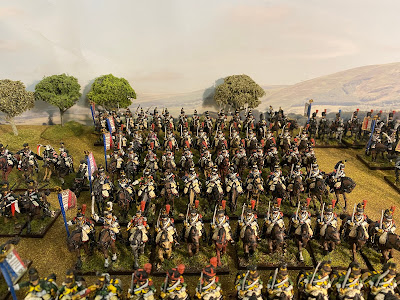 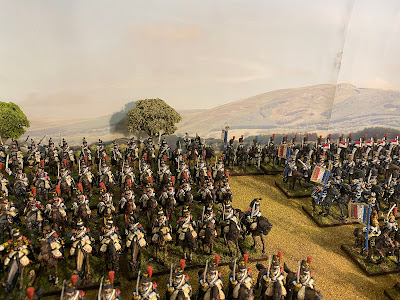 And the hussars and guard, along with a regiment of carabiniers: 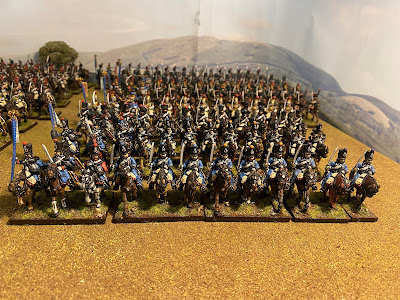 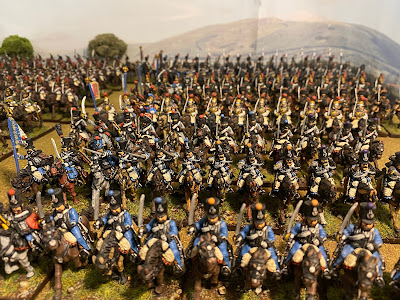 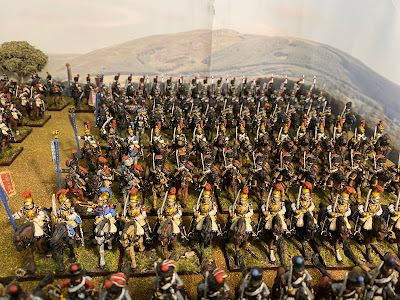 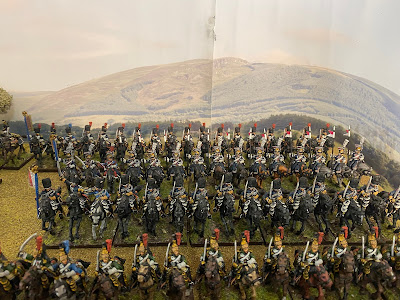 The final tally is as follows:

That gives a total of 312 mounted figures. I estimate it took me ten months all up to do this lot which in retrospect is not bad going.

Now for some 15mm medieval Spanish, which I am hoping should only take a few months to get through, if I can get some momentum going.