The forerunner to the much more capable velites, the leves were tasked with forming a skirmish line in front of the hastati. Unarmoured and without shield they are rated as inferior in DBMM, but at the cost of one point per element it is possible to field a lot of them. To that end I have completed twenty-eight elements or fifty-six figures, although there probably won't be that many occasions when they will all be fielded together: 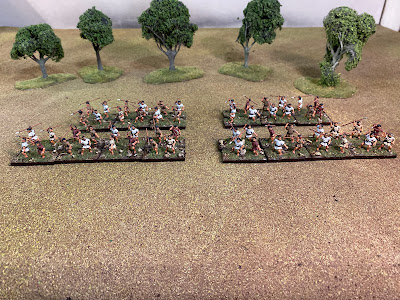 As with the remainder of the army, the figures are all Xyston. Possibly not the most interesting but as detailed as the subject matter allows: 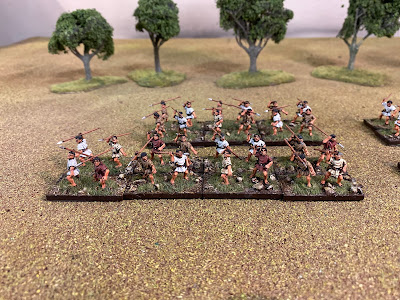 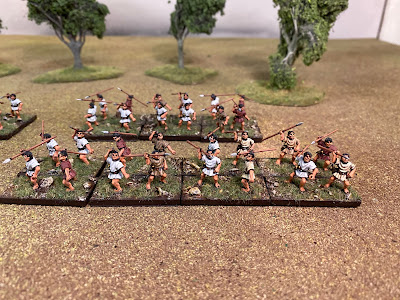 There are four different poses in each pack of eight figures, and I have tried to vary that a little more through use of four different tunic colours: 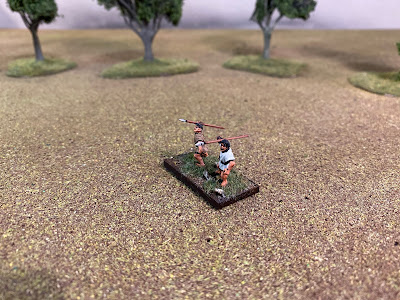 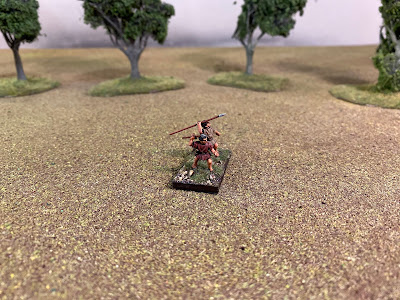 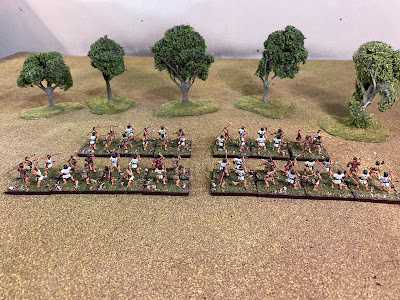 That's the bulk of the main infantry now completed. I have some Cretan archers off the production line next, followed by a penal legion utilising captured Gallic equipment. By my reckoning I have now completed exactly six hundred figures toward this army, leaving me with around two hundred to go.

To keep myself sane I have also commenced work on the first dozen of a couple of hundred GHQ WWII ships I have had languishing on the lead pile for a few years now, and hope to be able to post a few photos of them within the next month. 15mm is small enough, but sticking cranes and painting lifeboats on 1:2400 ship models is most definitely a change of pace.

The next bunch of figures off the production line are thirty-two elements of velites, the highly-skilled light troops of the middle to late Republican Roman era: 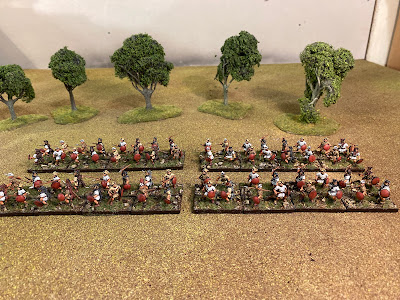 The figures are Xyston with four poses in each pack, wearing a variety of headwear: 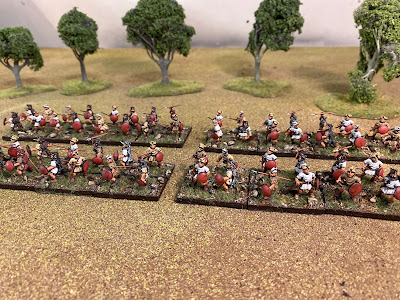 I was initially confused as to what one of them was, until I looked in the Osprey Republican Roman book and realised it had been modeled on a badger, as shown on the figure on the left below: 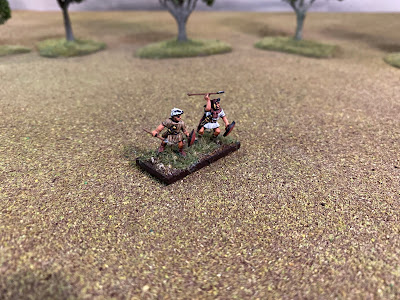 Quite a few of the Xyston figures appear to have been based upon the Osprey depictions which makes the job of painting much easier. As for the figures wearing the wolf skin, I mixed these up to indicate wolves and foxes, just to provide a bit more variety: 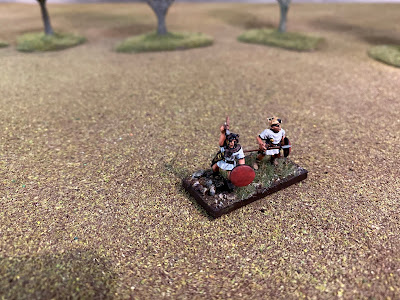 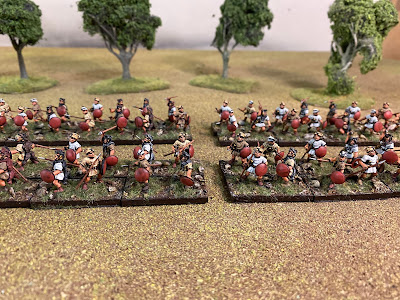 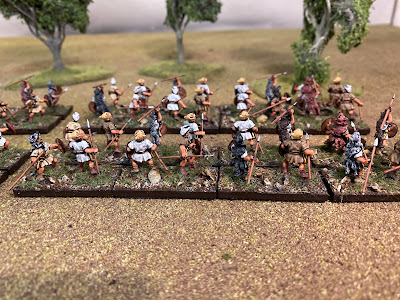 I am pleased with the overall result and, at three points an element in DBMM, expect that a large proportion of these will make the table at some stage: 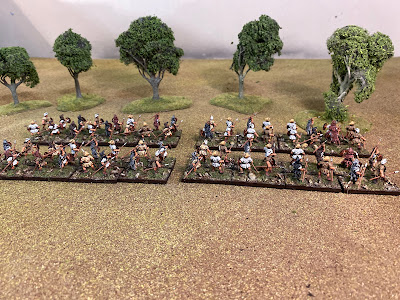 Next up some leves, which are essentially the earlier version of the velites.
Posted by Lawrence H at 03:22 8 comments:

It seems like a long time since the last post, but I finally have a few units ready to march off the production line with the first being 18 elements of Republican Roman Accensi: 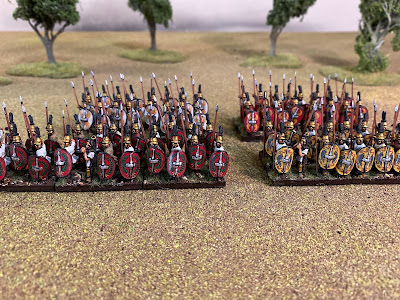 These belong to the early Republican Roman period and form part of the DBMM Camillan army list, rated as inferior spear. They were essentially the poorest of the citizen troops and only lightly armed, often deployed in the last rank or alongside the Triarii to provide support and keep themselves out of direct trouble: 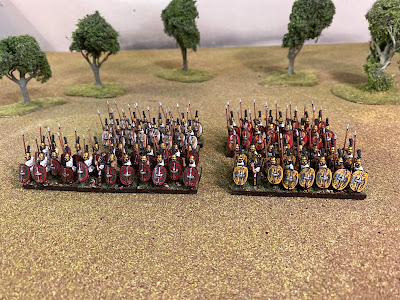 The figures are Xyston, as with the rest of the army, and the shield decals from Little Big Men Studios: 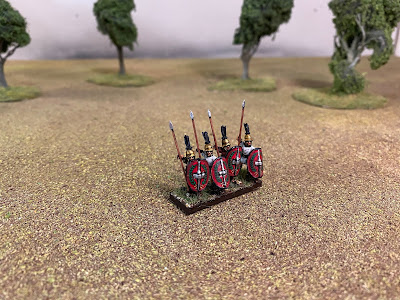 Two of the packs were a figure short, but a couple of surplus musicians very handily filled the space in the ranks: 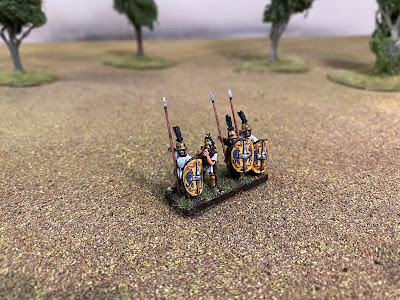 The army list allows only six elements so this is a classic case of over-ordering, although I purchased them ten years ago so who knows what army list I was basing them on at the time: 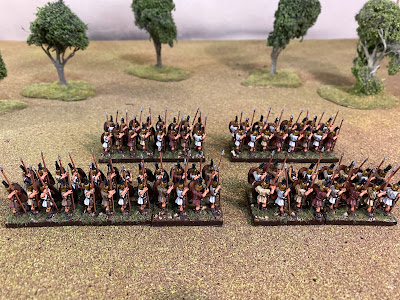 Next up, 32 elements of velites in a variety of animal-skin headdresses, which means I may finally have the end of this project in sight