I have three units of Akinjis in the painting queue, and have just completed the first of them: 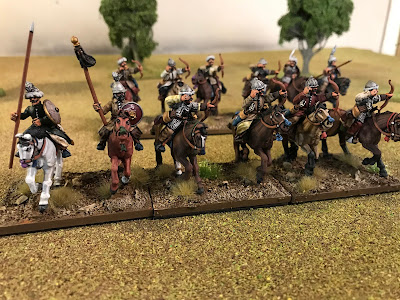 These are TAG bow-armed Akinjis, with a choice of three command figures and three armed with bows. I also ended up with three of the sword-armed figures, so decided to incorporate one in each unit to round things out, placed here alongside one of the lance-armed command figures on the top right: 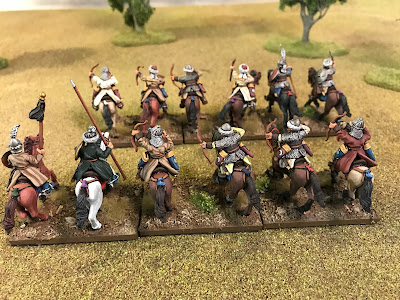 I have tried to keep the colours on these figures more subdued than the recent Sipahis of the Porte, using just the odd splash of brighter blues and reds on the horse furniture: 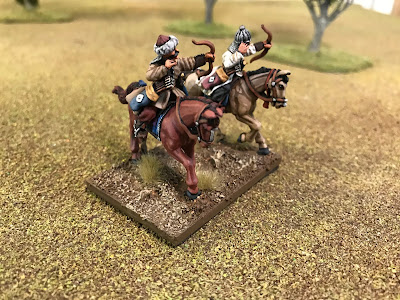 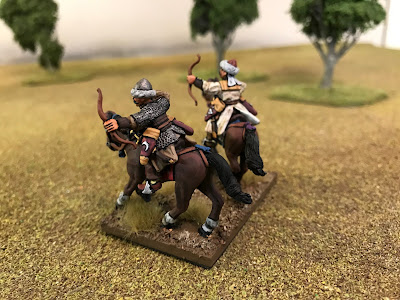 As with all TAG figures to date, I have found them fun to paint and with just enough variety to keep my interest levels from flagging: 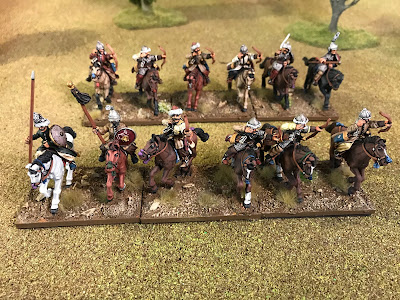 I have two more units of twelve figures to complete, which will put me over the half-way mark for the project, and hope to have these done before the end of March.
Posted by Lawrence H at 20:41 6 comments:

Here is the sister unit to the recently-completed lance-armed sipahi unit I completed a few weeks ago: 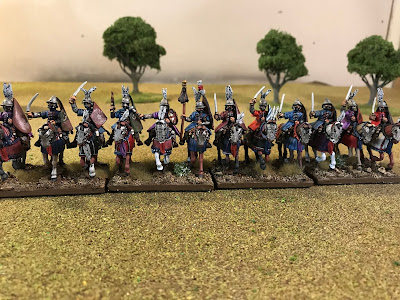 As with the rest of the army, they are comprised of TAG figures: 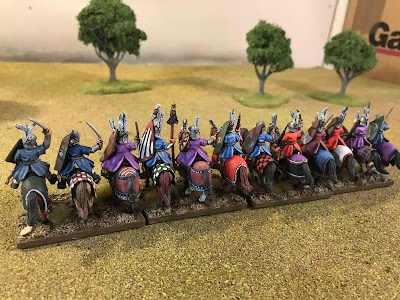 I have again used Little Big Men Studios shield transfers for most of the figures, but also free-handed a few including the bird motif on the figure in the middle: 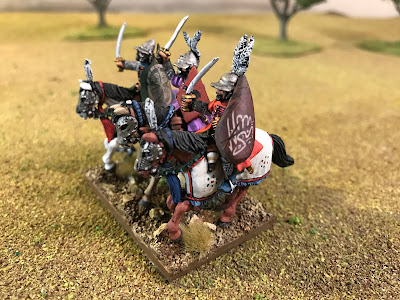 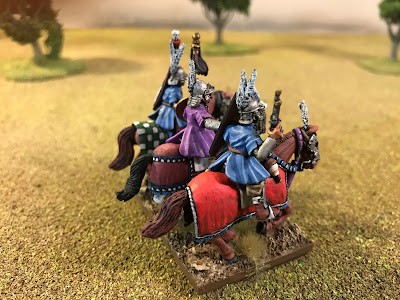 Alongside three rank and file figures, which provides sufficient variety within the unit: 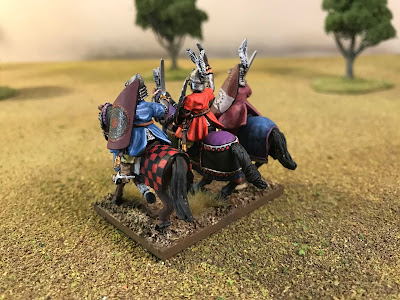 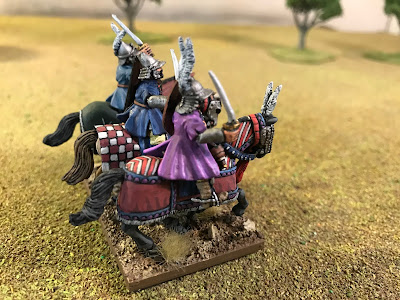 That is now the two planned Sipahis of the Porte units completed. I have three additional feudal Sipahi units planned, but have two bow-armed Akinji units on the painting table which I am hoping to complete first.
Posted by Lawrence H at 21:38 8 comments: