The second regiment of cuirassiers to roll off the production line is the 3rd regiment, looking pretty much the same as 1st regiment due to similar scarlet facings: 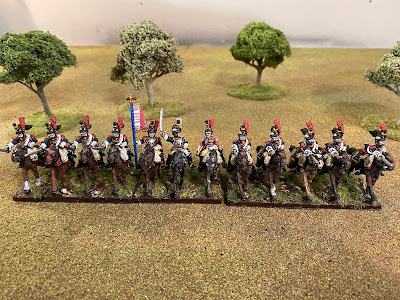 The figures are again from Wargames Foundry, the original purchase having been made fifteen years ago, and again carry a GMB flag: 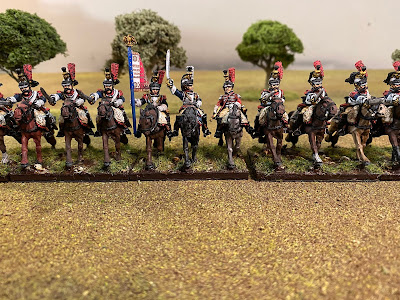 These are however in the charging pose, where the bottom half of the figure is part of the horse casting and the top half is glued into position which means they can be subtly positioned to provide a slight variation in pose (although perhaps not noticeable in this picture): 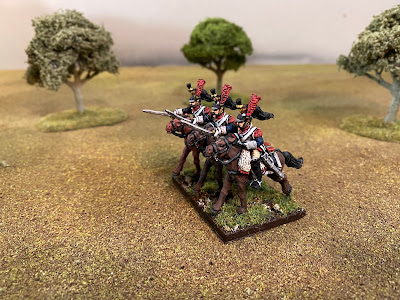 I like these figures, and they again required very little cleanup which is always a bonus: 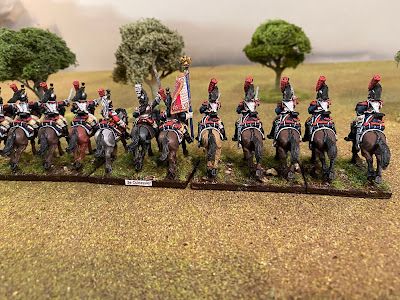 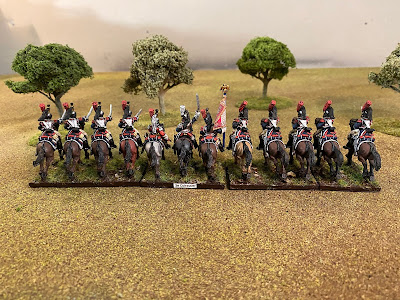 That's two regiments down, with three to go. Quite a slog if I'm honest, but I'm sure I'll be pleased once they are all completed.

The first of five cuirassier regiments, the 1er French cuirassiers fought extensively throughout the Napoleonic Wars including Austerlitz, Eylau, Essling and Wagram and Waterloo: 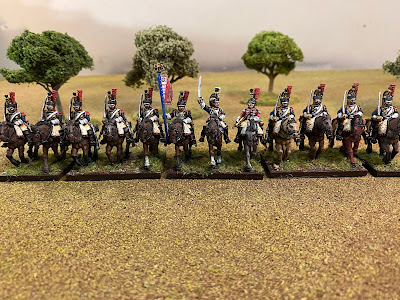 I have had these Foundry figures for  close to fifteen years and they are some of the original Perry sculpts created before they branched out on their own. They have been languishing in my painting queue for the past two and a half years and had accumulated a layer of dust over the primer, so it was high time they were completed: 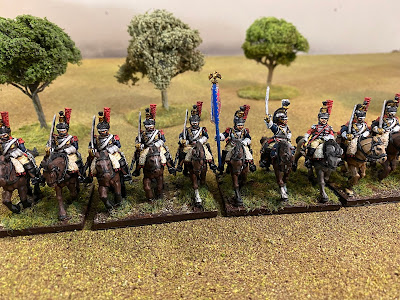 Apart from the lack of variety in the trooper figures, all being comprised of one pose, the figures were good to paint and the figures themselves had little flash and required only minimal cleaning up. Perhaps this is because the molds weren't that old when I actually purchased them: 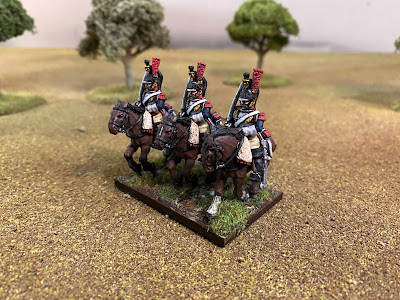 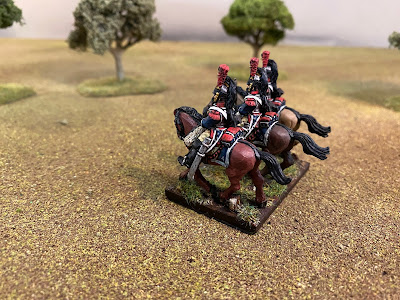 The other thing that struck me is how heavy and sturdy they are, and the metal that Foundry have used seems quite strong which is a good thing. 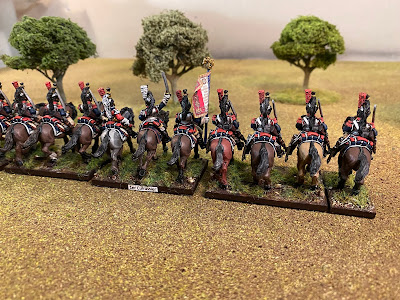 After having spent the past couple of years painting 15mm I had forgotten how much more effort 28mm Napoleonics seems to require in comparison, but it was good to complete some French cavalry and to finally give these figures some attention. One cuirassier regiment completed then, with four more to go.

First figures completed for 2021 are a 28mm Napoleon alongside Mameluke Ali. and a Marshal Soult figure. First off, Napoleon and Ali: 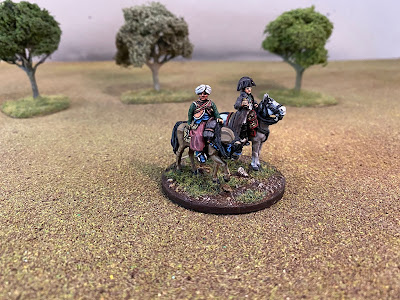 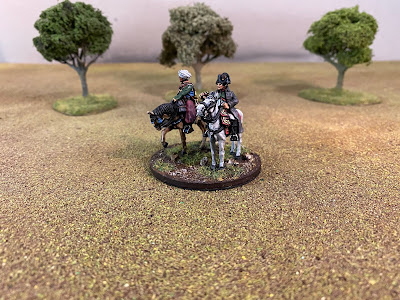 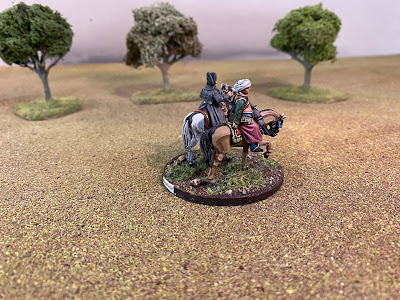 In spite of the fact I have purchased a fair amount of Perry Miniatures product over the years, this is the first time I have actually managed to paint any up. I came across this pack while I was looking for some Perry French cuirassiers and realised they had been languishing in the pile for eight years, and thought it was about time they received some attention, along with Marshal Soult who was in the same pack: 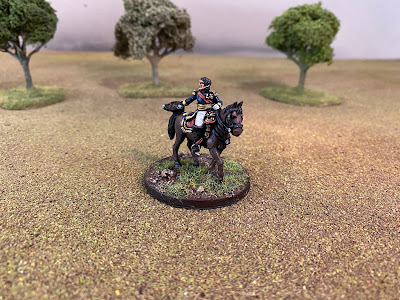 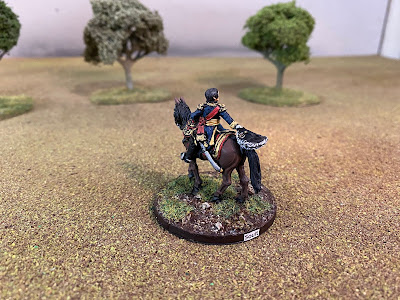 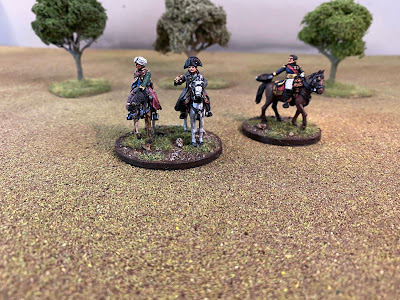 It was nice to get back into some 28mm Napoleonics, and I have five regiments of cuirassiers on the painting table at the moment which is proving quite an undertaking, but a welcome change of pace.

As for the final 2020 count, I managed to complete 1551 figures of 310 horse and 1241 foot and cavalry figures. These were mainly 15mm figures across two armies, in the Tibetans and Republican Romans. I also manage to complete a 15mm Numidian army, a few DBMM camps and wagons, plus 25 GHQ WWII ships, so all up a record effort.

I'm not expecting to come anywhere near that in 2021, especially as I expect to put in a concerted effort to clear more 28mm figures out of the pile. I'm also going to drastically reduce purchases and try to limit it to just supplies such as paints and brushes as, in the process of tracking down the cuirassiers, I realised I will need a couple of lifetimes to complete what I already have. That is unless something new, shiny and irresistible comes along, of course.