Just a few pictures to mark the end of this project, with a group shot of the assembled army: 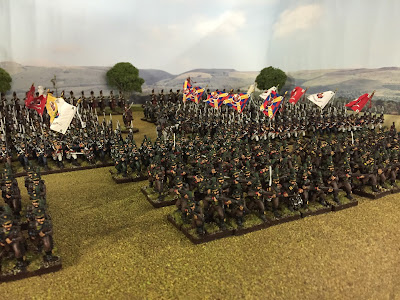 The Front Rank figures were a joy to paint as usual. I am happy I went with the barretina as this accords more with my mental image of Napoleonic Portuguese troops, even though these were pretty much all replaced with the British-supplied stovepipe by 1811, a year before the British started replacing the stovepipe with their version of the barretina with what would come to be known as the Belgic shako: 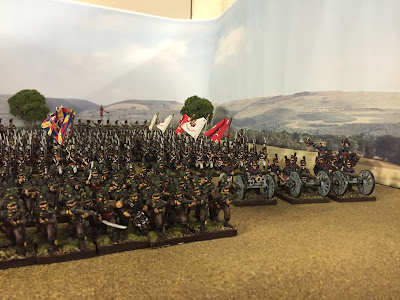 I have always found this ironical and have often wondered if the Portuguese felt a little annoyed that the British were ultimately wandering around in headgear based upon their own barretina design, while they were sent the abandoned stovepipes: 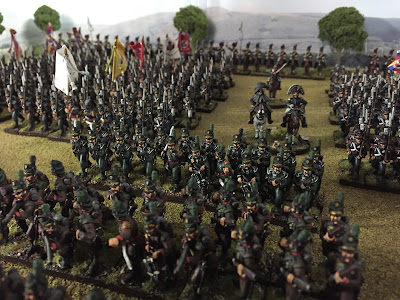 I remember some early army lists I had read portrayed the Portuguese as solid, if unspectacular, troops but it is interesting reading Oman and others to see how much they were relied upon by Wellington. Indeed, he was one of their early advocates and I can recall a letter from him to one of his subordinates after Bussaco stating how pleased he was with their performance.

This is reflected in many of the order of battles where one can see that the Portuguese were initially distributed among the English brigades, to then be reformed in their own separate and at times independent brigades. It is quite enjoyable reading some of the accounts of the fragmented skirmishes and smaller battles in Northern Spain and the Pyrenees, and there are many accounts of how well the Portuguese and, in particular, the Cacadores performed during this time: 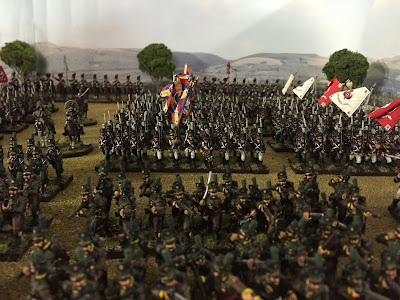 GMB remain my flags of choice and provides a nice touch of colour to the army, in particular the regimental colour of white, red or yellow, dependent upon which division they were nominally allocated to: 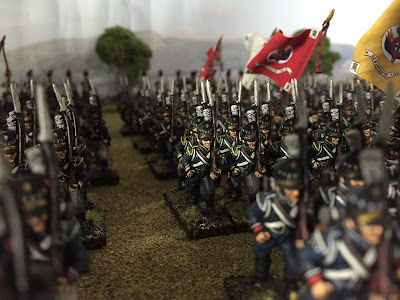 The line battalions are probably a little large and, in retrospect, I could have done them as smaller units and placed both the King's and regimental colours on the same command stand, but on the basis that I can cut these down if necessary I decided to stick with two battalion regiments of twenty figures each: 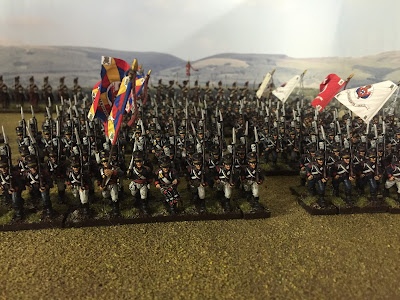 I was quite happy with the Foundry British artillery colour for gun carriages pieces, in that it provides a nice soft grey with just a hint of blue: 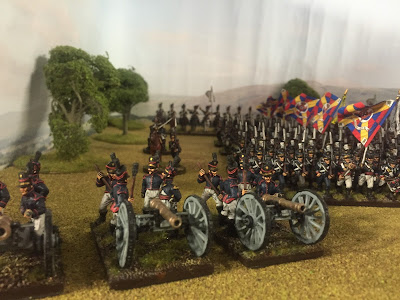 I probably haven't done enough command stands with six in all, but can always augment them with a few British when I get around to completing the latter. I know I have a Beresford figure buried in the lead pile somewhere: 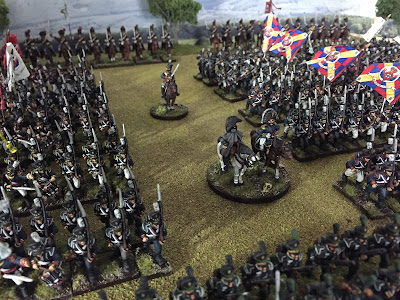 In total then, the army is comprised of the following:

Which provides a total of 611 figures, 44 horses and 6 artillery pieces: 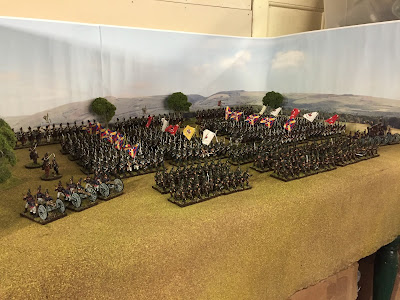 I'm still trying to decide what to do next - I have some lovely Empress Miniatures English Civil War I wouldn't mind attempting for something different, but suspect it will be some old Perry-sculpted Foundry French I have had lying around for the best part of twelve years. I have always had a bit of a blank-spot when it comes to painting Napoleonic French, so might try and give it a go before any more time slips away.

Besides anything else, it might give me an excuse to segue into some Calpe Saxons and Murawski Badeners along the way.