I seem to be moving on at a fairly decent pace with this 15mm army, so thought I would stick with it while there is some momentum. The second group off the production line are seven elements of Gallic armoured cavalry: 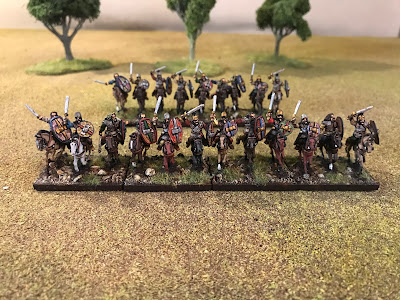 The figures are again from Xyston miniatures, and are supplied in packs of four with a  random selection of four different poses: 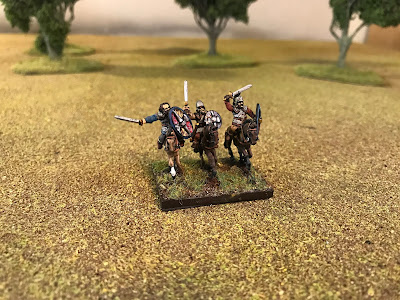 Given that they are in packs of four and I purchased five packs, it is a bit of a mystery how I ended up with twenty-one figures. I have noticed this about Xyston however, in that the packs are never short of a figure but occasionally contain one or two extra which suited my purposes perfectly here: 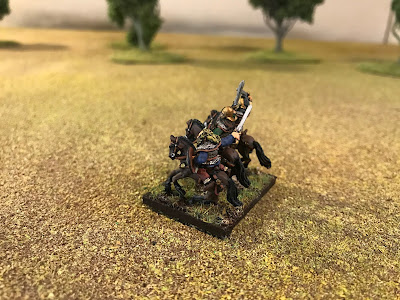 As with the foot warriors, they are beautifully detailed for 15mm figures with minimal cleanup required: 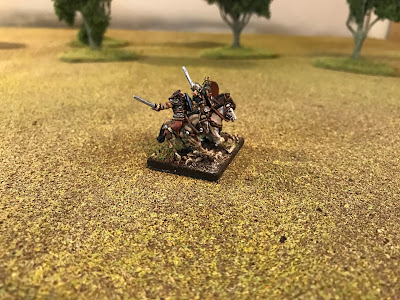 The shields are again by Little Big Man Studios: 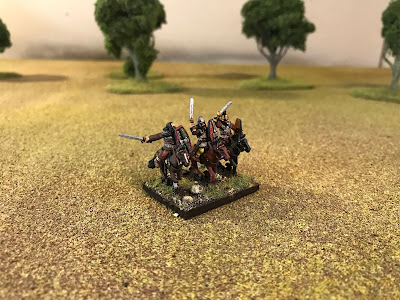 Which always rounds things off nicely: 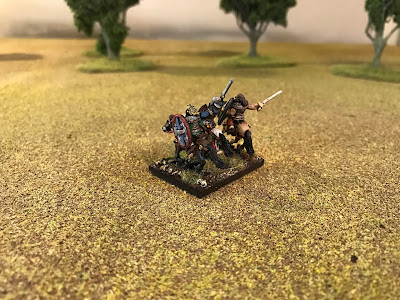 I'm still learning how best to wield my new "Xacto" craft knife and "self-healing mat", but believe I may be getting better at applying the Little Big Men Studios decals to the point where I actually started to wonder whether I could have had a decent go at becoming a surgeon, until I nicked myself and remembered I'm not that comfortable with the sight of blood: 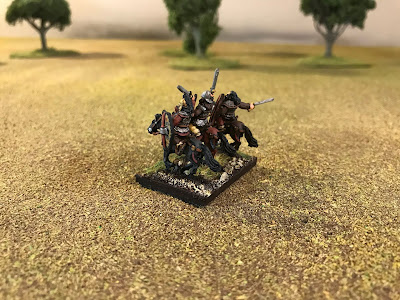 I have attempted to stagger the horses to make the elements appear somewhat irregular, but usually ended up having to put the figure waving his sword around on the end to make sure he didn't look as though he was clubbing the fellow next to him over the head: 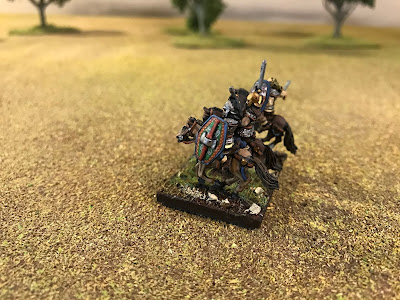 It took me just over a week and half of spare time to complete these, which I think is a reasonable return: 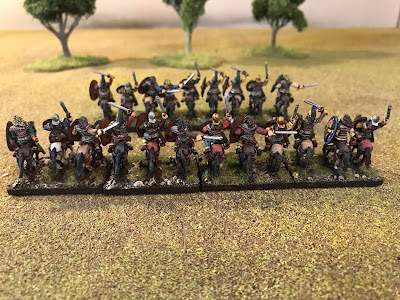 I have purchased forty or fifty unarmoured cavalry to accompany these, although next off the line will be a couple more warbands which should see the project well and truly on its way.
Posted by Lawrence H at 05:28 10 comments: