Another 120 Gallic warband figures completed, which amounts to 30 additional elements of four figures each: 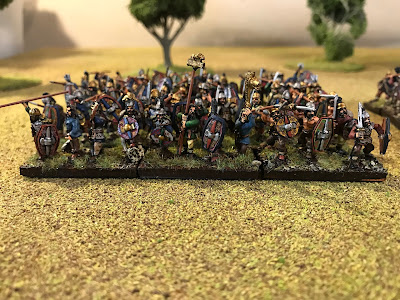 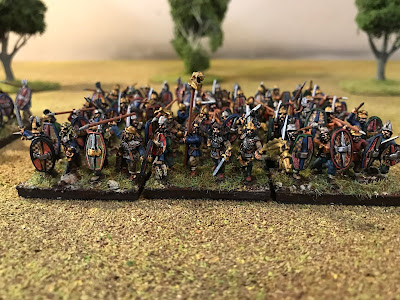 Given that they are 15mm I probably should be knocking them out much faster than I am, but the Xyston figures are quite detailed and I find myself fiddling around a fair bit in an attempt to bring out the detail: 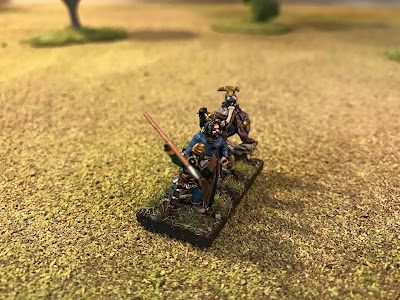 I particularly like the figure on the right-hand side of this command stand, waving his sword and dragging a rather large carnyx around; a Gallic trumpet, for those wondering: 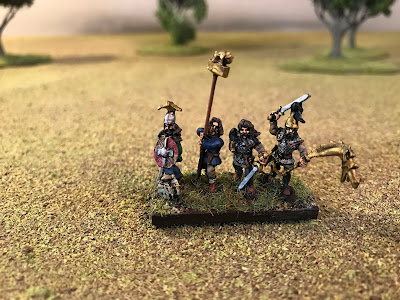 I became a little bored with the 'standard' 40mm x 20mm bases, so experimented with a few 40mm square bases with eight figures on each: 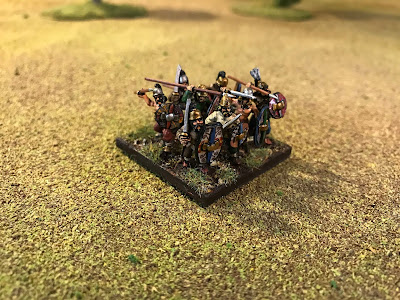 While I do quite like the ability to arrange the figures in a more irregular fashion, painting the bases once the figures were in place was much more difficult: 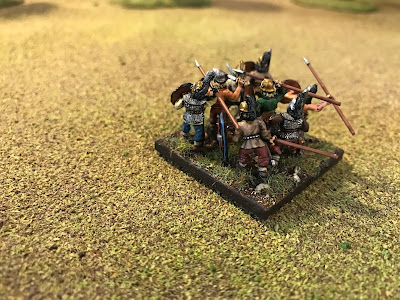 That said, I'll probably try a few more as it will assist figure movement around the table and hopefully lessen the number of spears that will have to be reattached: 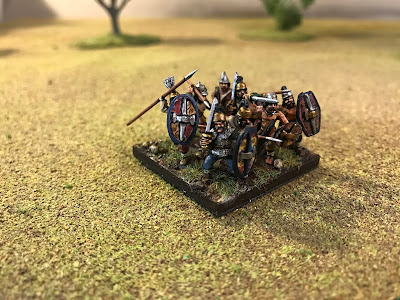 There are another 48 or so Gallic cavalry in the queue which I should have completed over the next month or so. That should represent the half-way mark of this particular project and, once completed, I'm thinking of segueing back to some Foundry French cuirassiers I have prepped and which have now accumulated a thin layer of dust.

I find going up to 28mm figures after 15/18mm is always such a pleasure, and wish I could remember to change things up or down more regularly.