Another one done, this time the 55th Ligne, made up with what I have left of the Foundry march attack figures and a few sundry others that weren't going to find a home elsewhere: 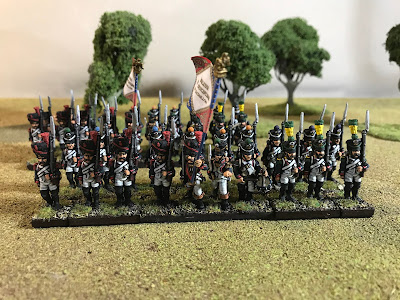 These included a few more "under fire" figures which provide some nice variety: 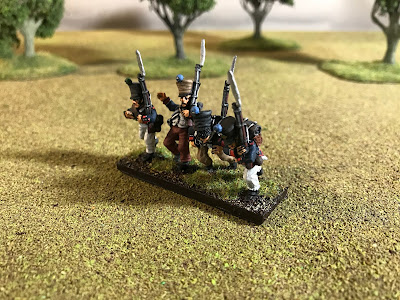 I have also used grenadiers in caps, which are among my favourite Foundry Napoleonic figures: 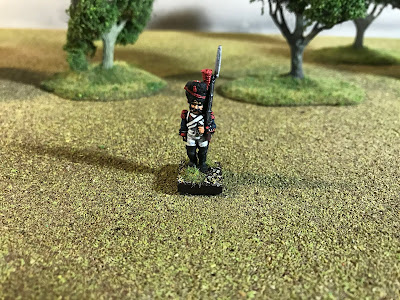 The 55th regiment were part of Werle's brigade at Albuera, of which I have completed two of the three battalions and topped them off with the usual GMB flag: 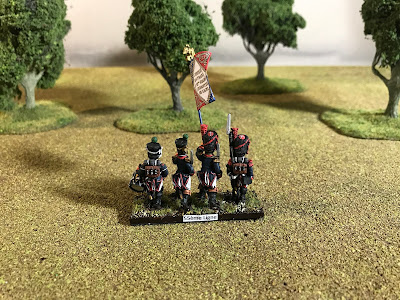 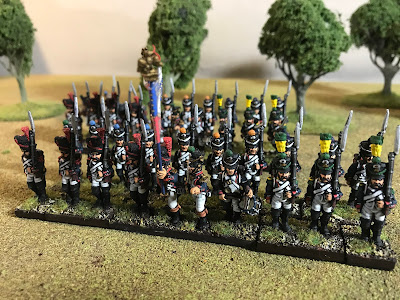 In spite of wavering a little around the halfway mark I'm nearly there with them now and so will get them finished before I move on to something new, which will hopefully be some Empress ECW figures I have prepared and which now have a thin layer of dust starting to appear upon them.