A quick post on the latest regiment to join my Portuguese project, the 10th Regiment were quite heavily engaged during the Peninsular War and saw action at Bussaco and a number of actions in the crossing of the Pyrenees including St. Pierre d'Irrube, Orthez and the Battle of the Nivelle: 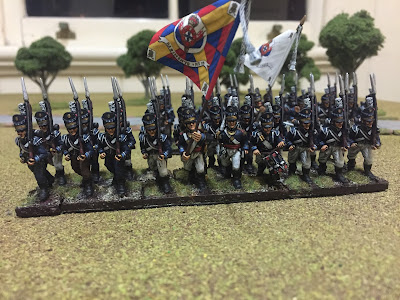 They were also engaged at the battle of Albuera where they were under the command of the rather grandly named Colonel Don Luiz Benedicto de Castro, Conde de Rezende. 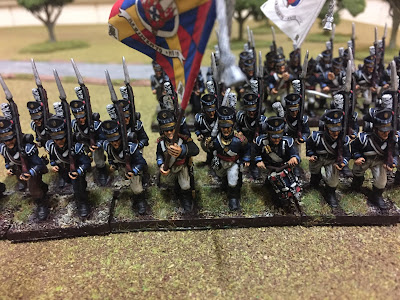 They were another regiment forming part of the Central Division, and therefore carried a white regimental flag with white piping on the uniforms: 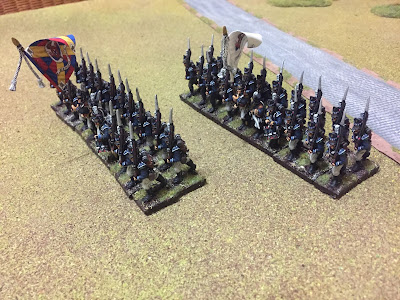 Aside from the above, I have to confess that I really wanted to include them as the sky blue cuffs made a nice change from the usual red, white and dark blue, and gave me an excuse to break out one of my favourite Foundry paint sets: 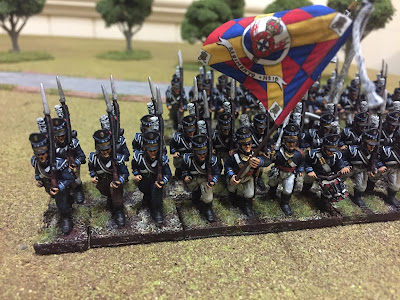 That's twelve line battalions done with six more to go, and I finally feel as though I am getting there with this project.

As an aside, I have switched from my usual Winsor and Newton Series 7 brushes to the Rosemary brand of sable brushes based on a recommendation I read on-line (and I wish I could remember where so I could thank them): 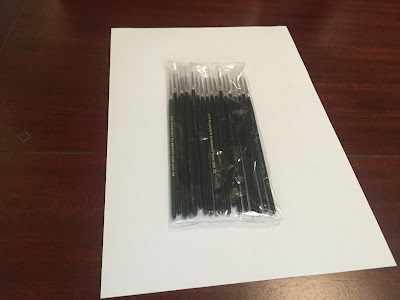 Aside from the fact that were they around half the cost of the Winsor and Newtons, I also find that they are lasting twice as long and hold their point just as well as the Series 7. To be fair, I do tend to use one brush for everything apart from basing and dry-brushing (or large areas on horses etc.) which means they get a hammering, but I have found that even with this sort of exclusive use I am getting close to a hundred 28mm figures done before they give up. My favoured brush size for the detail work is the Rosemary Series 33 size 10/0 (while the larger sizes are great for block painting larger areas): 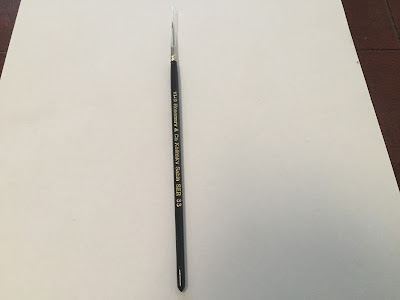