As most will probably know the soldurii were the Gallic chieftains' bodyguards, with soldurii being the Latin for retainer and the name Julius Caesar gave to this body of troops. I was initially a little annoyed when I discovered that in DBMM v2.1 they have moved from being part of the core army and are now only available as part of the Aquitanian sub-list. However, since this option includes the ability to field Iberian allies and I have an army of these ahead of me in the lead pile, on reflection it may actually work out quite well.

The figures are again 15mm Xyston Miniatures and I believe they are amongst the most detailed 15mm figures I have painted to date: 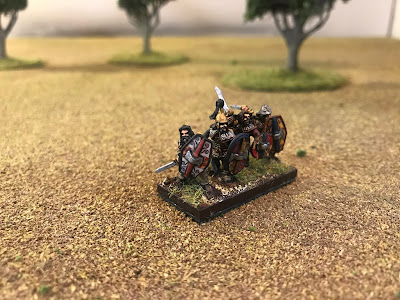 There are four different figures randomly assigned to each pack, so a bit of shuffling around on the bases and varying the hair colour creates some variety: 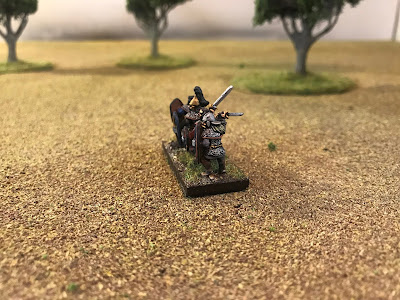 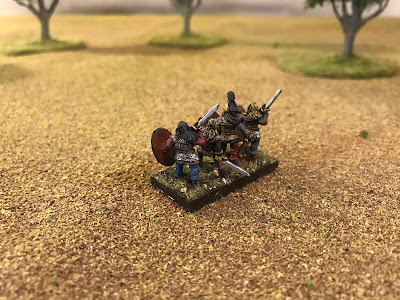 The shield designs are from Little Big Men studios and, when I manage to seat them correctly, look quite effective: 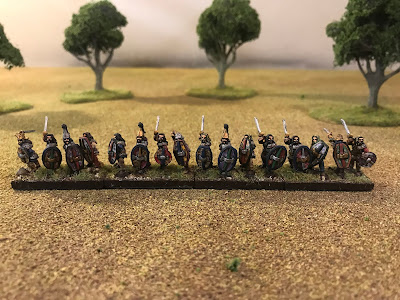 Given that there is only one element to be attached to each general when on foot, four elements should be plenty. This meant I was able to complete them reasonably quickly: 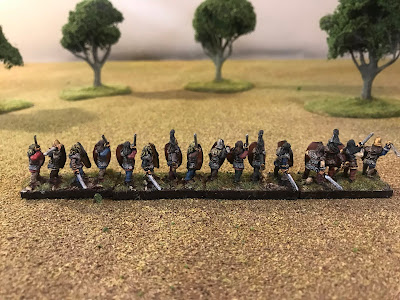 And was therefore able to manage eight elements of javelin-armed skirmishers: 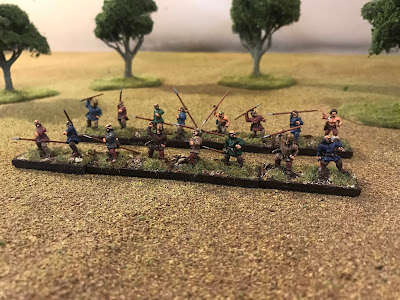 There are only six elements allowed in the DBMM v2.1 lists but, since they are sold in packs of eight it seemed wasteful not to use them all: 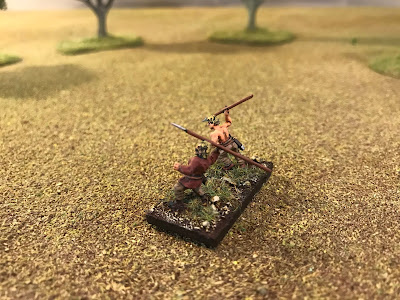 I can see the finishing line in sight for this project now, and remain hopeful I'll be able to get there over the Christmas/New Year break.

Since this will no doubt be my last post before Christmas, I hope everyone who reads this (with the exception of the Russian spambots) has a very happy and safe Christmas. OK, even the Russian spambots, although I hope they too take a break. All the best everyone.
Posted by Lawrence H at 21:59 14 comments:

Unlike Hamlet, I thoroughly enjoyed working through these slings and arrows, although I appeared to have purchased far more than I require in that the DBMM army lists which I am using as a guide allow for six elements of either, and I appear to have purchased the equivalent of twenty-four.

It wasn't a big task though, and they may come in handy at some point in the future. First up are thirty-two slingers: 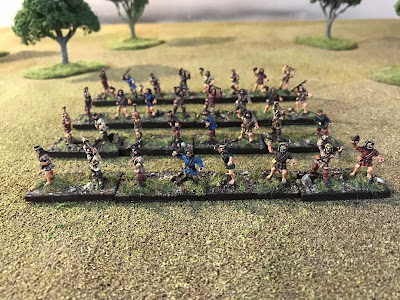 There is a choice of four figures in the Xyston range, so a variety of possible combinations when arranged on bases of two figures each: 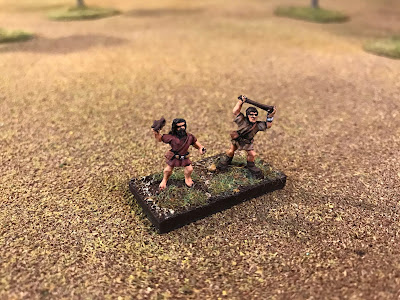 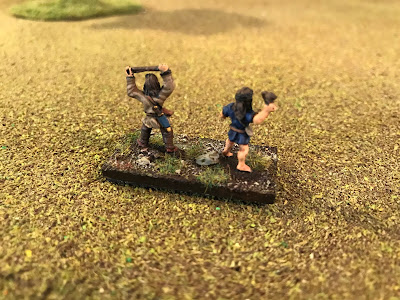 A few of the bases have pebbles scattered on them, which is ready ammunition for sling-armed troops: 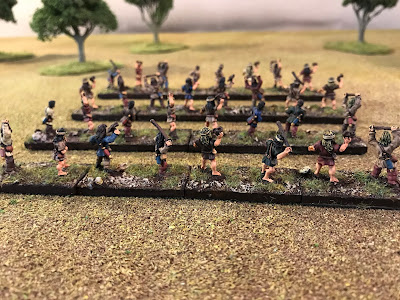 I often wondered how much of an injury a slinger would do to a heavily-armoured opponent. I had no doubt that a skilled slinger could seriously injure the enemy with a well-directed missile which would undoubtedly be travelling at a substantial velocity, but when I saw these ancient Greek lead pellets fashioned as bullets in the New York Met it gave me a whole new appreciation as to how deadly a weapon it could be, in the right hands.

I can also vaguely recall having read somewhere that it generally wasn't just a case of picking up the nearest pebble, and that there was a much greater level of discernment in the choice of missile: 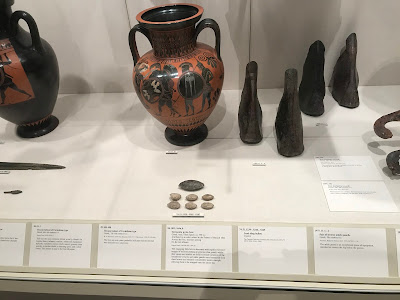 The Gallic archers were also fun to paint, with a choice of four quite dynamic-looking poses: 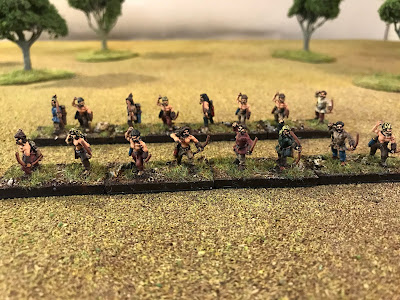 There is quite bit of detail on these for 15mm figures, including the fletching on the arrows: 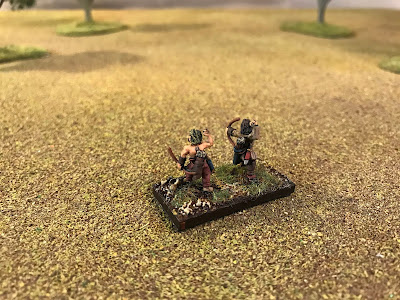 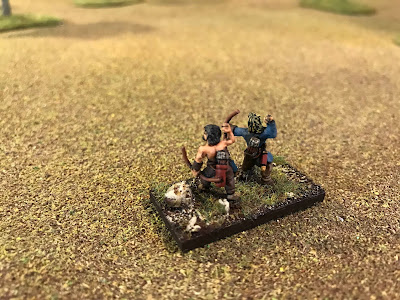 There is some nice definition on the faces and torsos of the figures, and I was happy with the way it was possible to build up some depth to the skin tones: 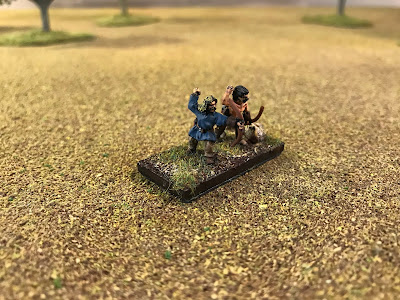 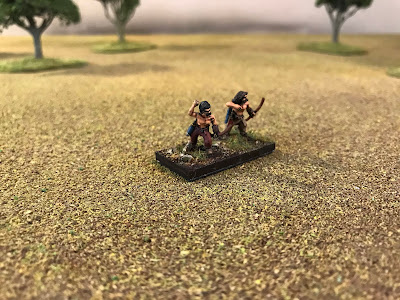 I was hoping to get this project completed by Christmas but realise I still have close to a couple of hundred figures and a few long lunches to get through before then, so it will be more likely January before it is finalised. My gaming group normally takes a break until mid to late January anyway, so it will give me a bit of time to finish ploughing my way through DBMM version 2.1 in preparation for a few ancients games we have planned for the New Year.