The last of the three line lance regiments, and an excuse to break out my Foundry pink triad again for the facings: 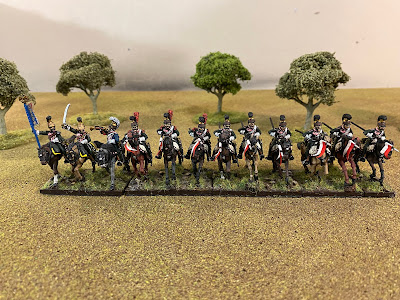 The figures are Perry this time, unlike the last two regiments which are Wargames Foundry. The flag is from GMB again: 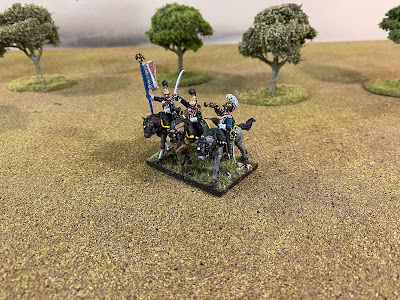 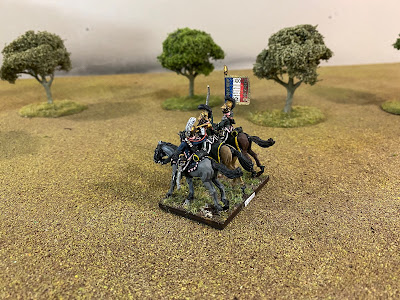 I also included some elite company figures to provide a bit of variety: 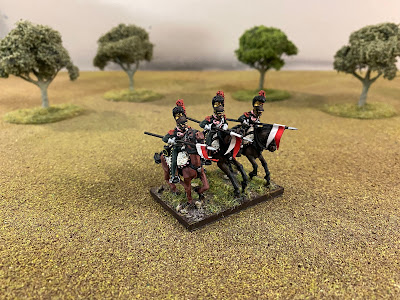 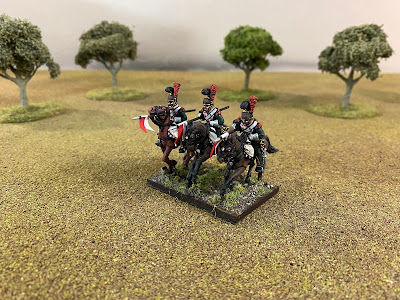 I can't remember whether the Perry figures came with lances or not when I prepped these some time ago, but I ended up using the sturdy North Star wire spears which fit nicely and look the part with the GMB pennons attached: 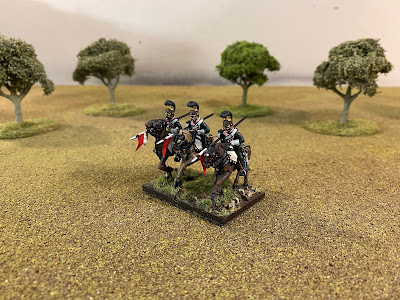 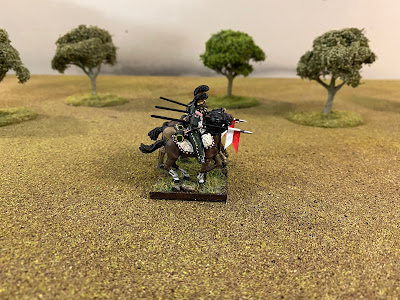 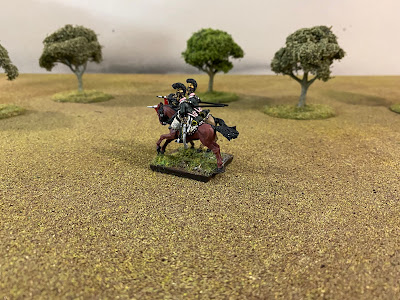 I also purchased three of the Perry casualty figures which I thought I would paint up while I was in the mood, making this a fifteen figure unit in total although only twelve are likely to make the table at any one time: 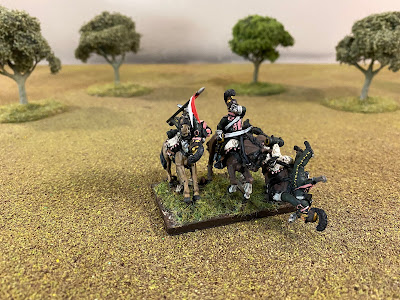 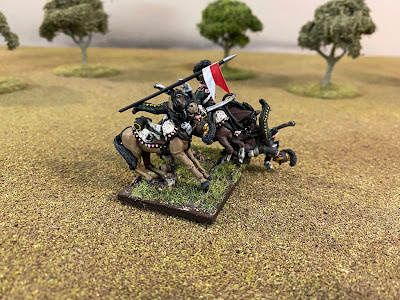 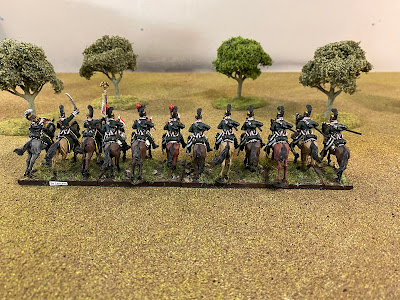 Only the Polish lancers to go now, which I hope to have completed within the next week.