A  compromise here, in that I have utilised Essex British 1815 artillery as a proxy for Portuguese batteries. This is mainly because Essex tend to be a "true" 15mm figure, and any of the other manufacturers do tend to tower over them a little: 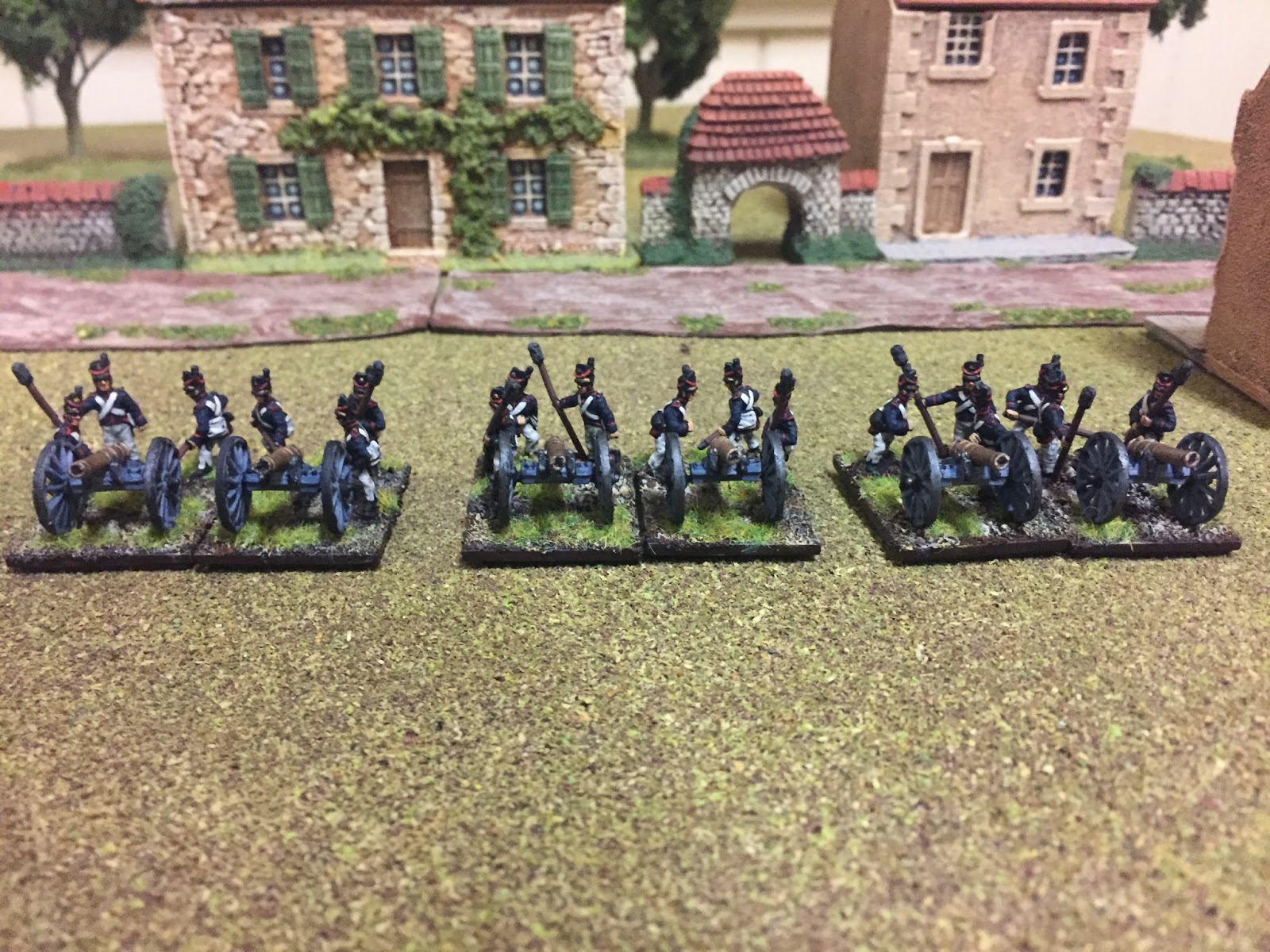 That said, the barretina shakoes on the figures and the actual cannon themselves are possibly not that far off: 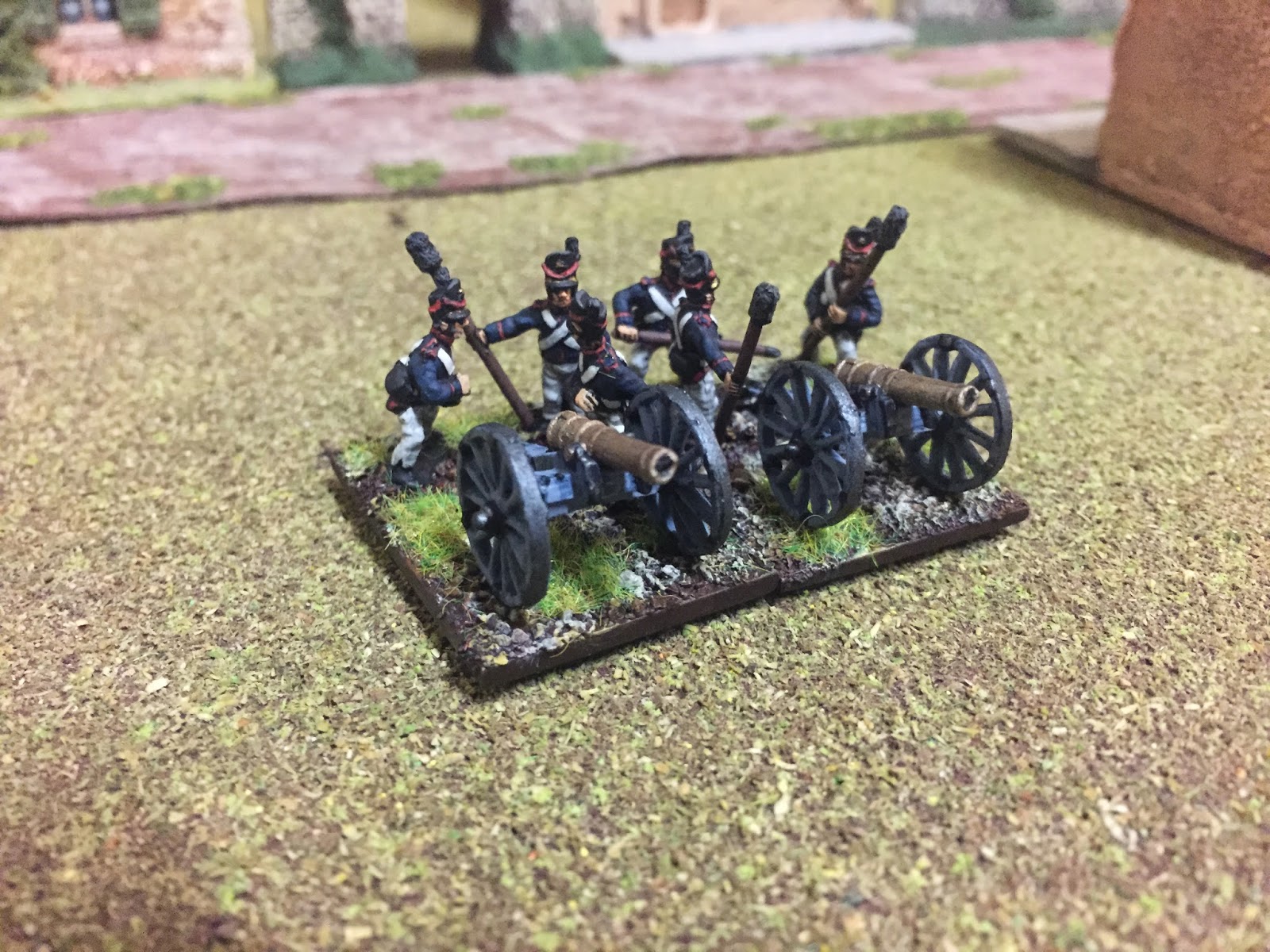 The cross-belts and equipment are possibly a little more problematic (although I quite like the way the gunners appear to be in the midst of heated discussion in this picture): 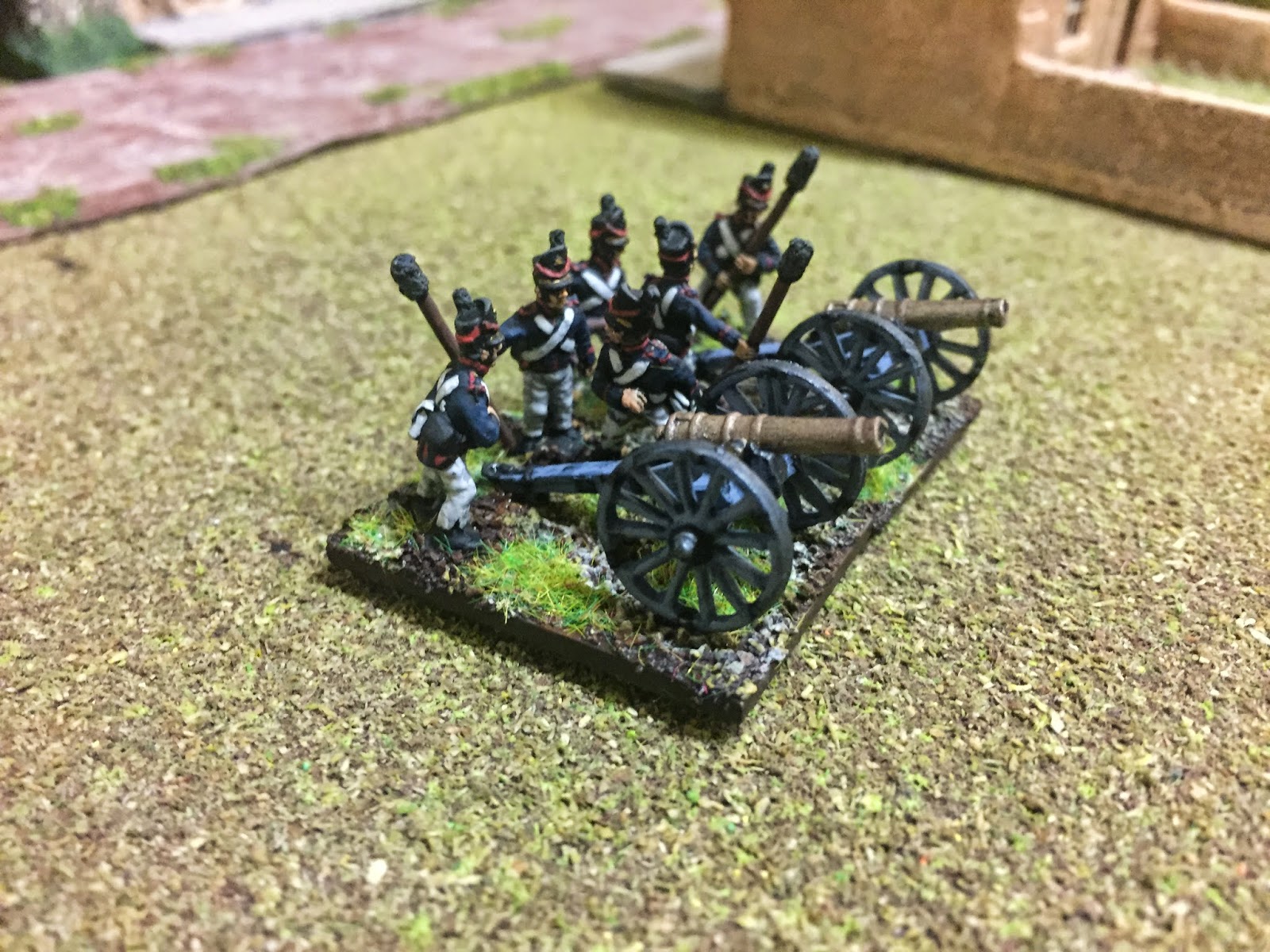 The only slightly annoying thing about these figures is that, as with most Essex artillery crew, there is a random assortment of poses. That in itself is usually fine, but in this case I ended up with seven of the eighteen crew holding rammers. Only a minor quibble in the great scheme of things, and the figures were quite nice to paint.

At least it is another unit done, and I don't think they will look too far out of place. I now only have the cavalry, general staff and militia to complete, which I am hoping to achieve before the end of March 2015.
Posted by Lawrence H at 02:23 2 comments:

The last five battalions of Cacadores for my 15mm Portuguese army. The first two represent the 3rd Villa Real and the 6th Porto, while the remaining three are again the 3rd Villa Real, the 4th Viseu and the 5th Campo-Mayor, but this time formed into line.

Firstly, a couple of figures from the 3rd Villa Real deployed in open order: 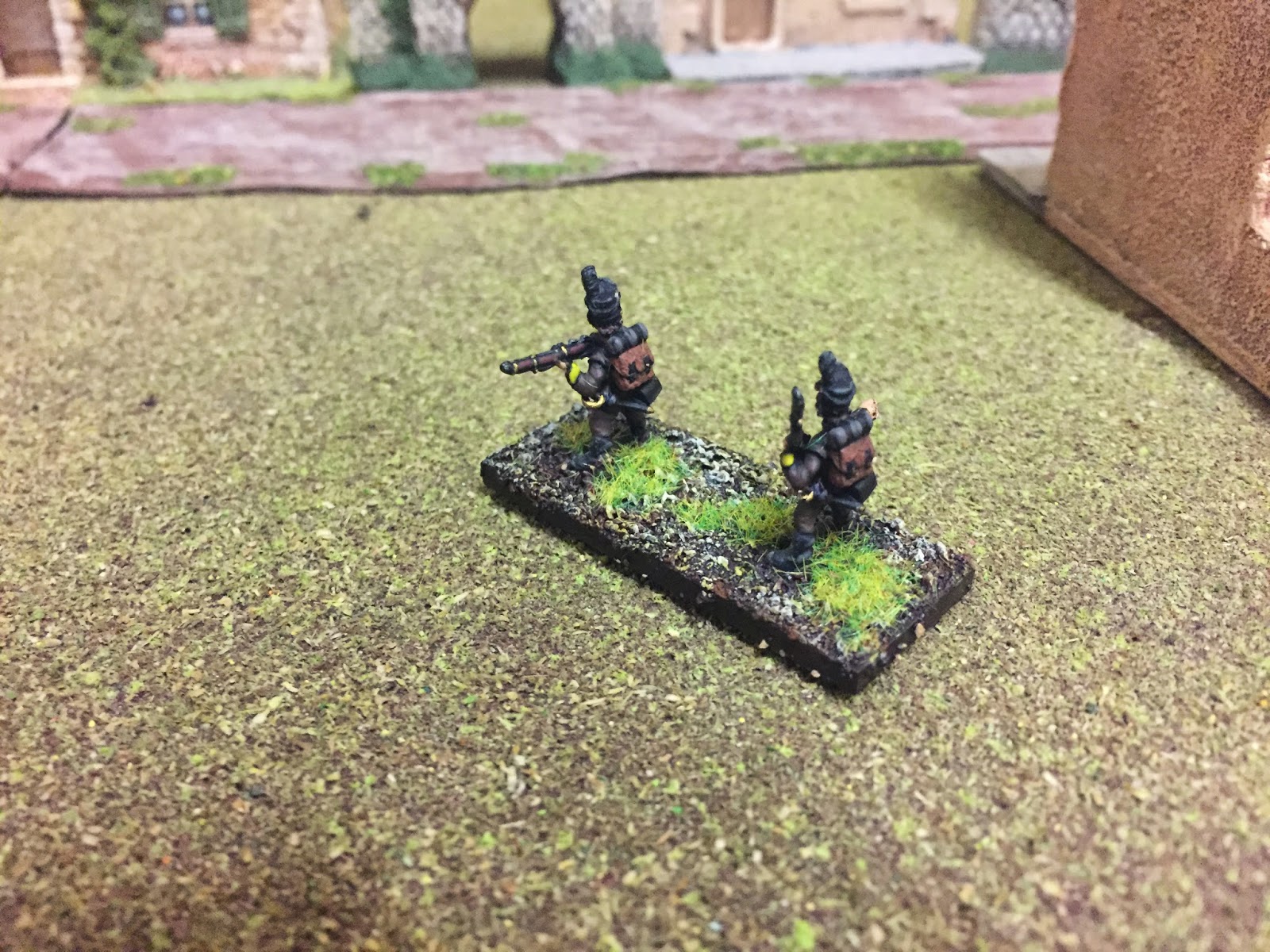 And the 6th Porto, also deployed in open order: 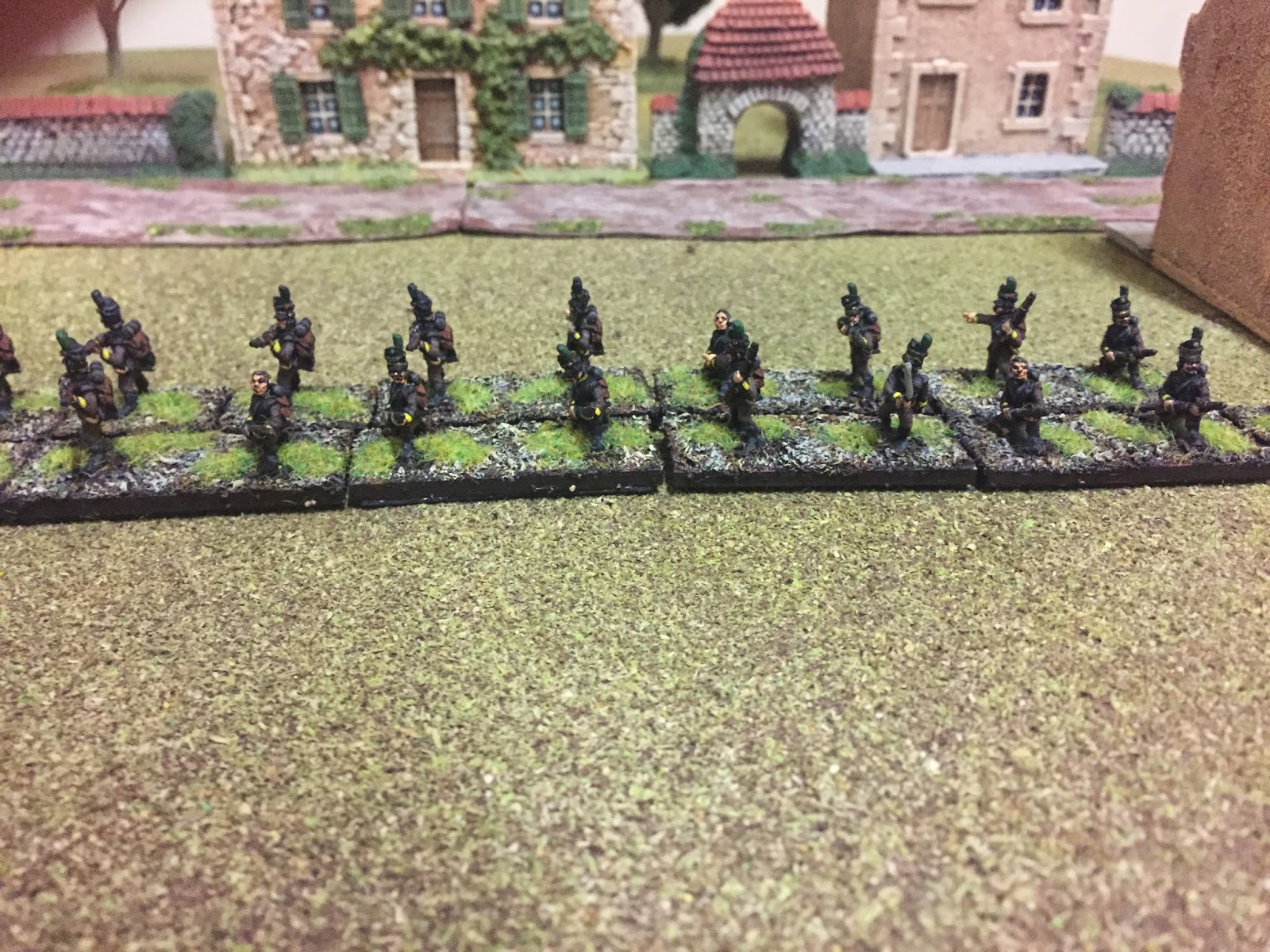 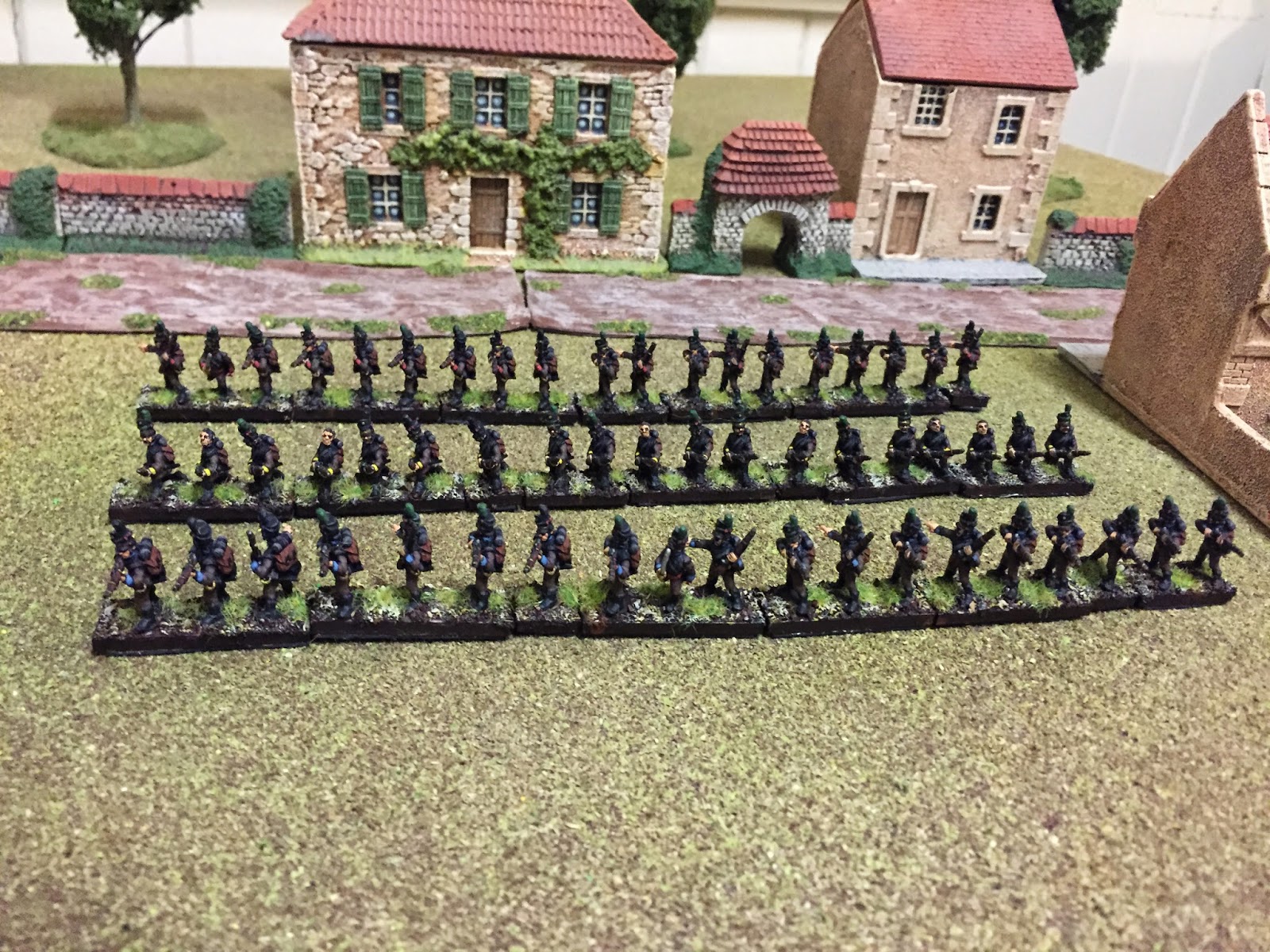 I did briefly entertain the idea of painting these last three regiments as battalions of the Loyal Lusitanian Legion who, at the start of the Peninsular War, wore green  jackets and pantaloons, which would have provided a nice bit of variety. The only problem is that the Essex Cacadores have the barretina shakoes, whereas the Lusitanians appear to have worn the a stovepipe cap from the outset.

The other thing is that, "technically" speaking, the jacket cords were officially yellow up until 1811. I preferred to run with the information in Rene Chartrand's excellent Osprey on the Portuguese army however when he indicates that from July 1809 (at least) soldiers and officers started swapping to black cords and buttons by reason of expense, but also because black was a little less distinct than on the battlefield than yellow. Not that attempting to "blend in" with the surroundings appeared to be high on the list of priorities of many Napoleonic armies.
Posted by Lawrence H at 23:52 2 comments: