While I have only one dragoon regiment to go, I thought it was time get stuck into another Guard regiment with the Grenadiers a Cheval: 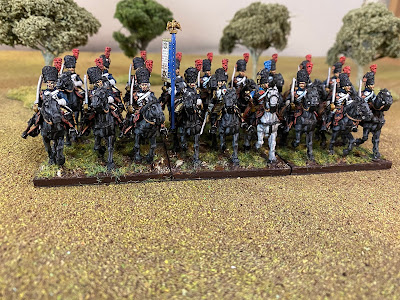 I purchased these in around 2008 and undercoated them two and a half years ago, so they have been patiently awaiting their turn: 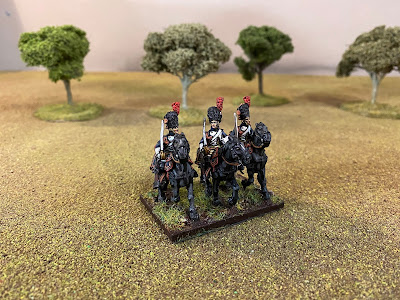 The figures are from Foundry, and the flag again from GMB: 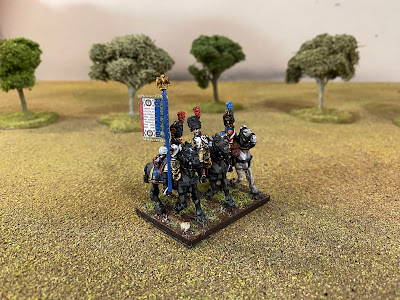 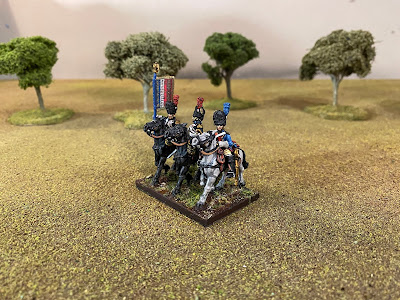 That's thirteen regiments done, so over halfway to the twenty-four I have planned: 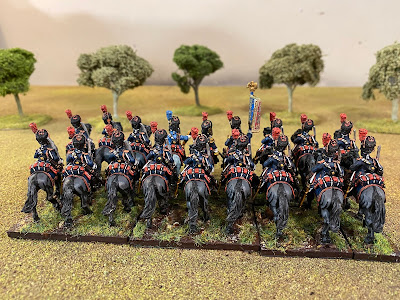 I ordered a bunch of GMB flags back in February and am still eagerly awaiting their arrival so I can complete the last of the dragoons. I fear it has gone astray, but am clinging to the hope it might still turn up.

It's back the red facings of the 2e Dragoons for the third of four regiments, this time with Perry figures: 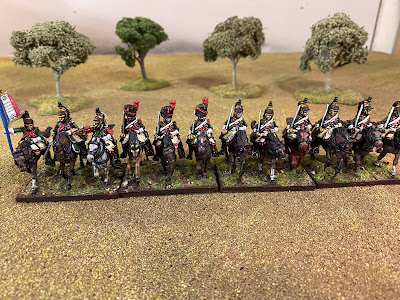 The flag is from GMB as usual, and I have again included the elite company for a bit of variety: 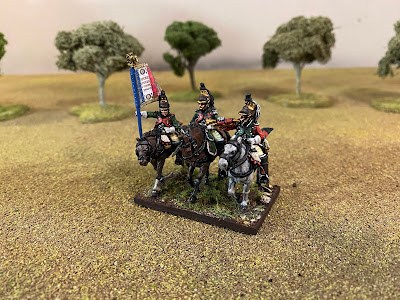 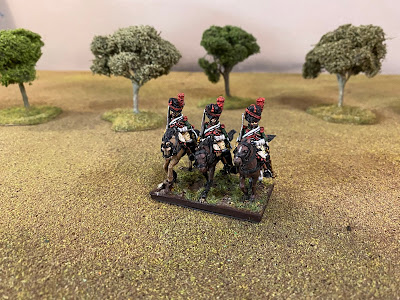 I'm not quite sure what I did with the camera settings on this one as they came out looking a bit shinier than they are in reality, having had a couple of coats of Testors Dullcote (which seems to be in short supply here in Australia at the moment). I always seem to magically find a new setting on my phone camera each time I use it, just to keep things interesting: 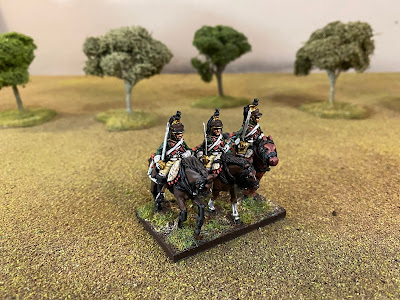 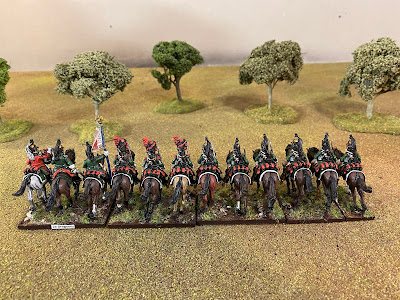 I have the last exam for the semester coming up this Friday before a four or five week break so I am hoping I'll be able to step up my output, for the next month at least.
Posted by Lawrence H at 13:27 18 comments:

The second of four dragoon units, I had to include one with yellow facings: 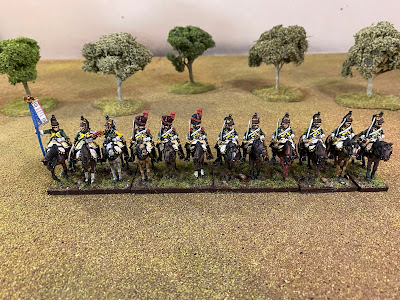 These are the Perry "at rest" dragoons, and I particularly like the way they appear to just be standing about waiting for the order to charge. I also purchased the bearskin figures to form an elite company for the next three units: 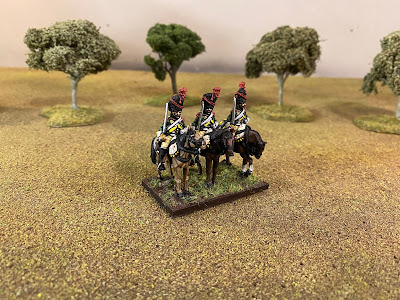 Even though they may be over-represented in a twelve-figure unit, I can never resist a bearskin cap: 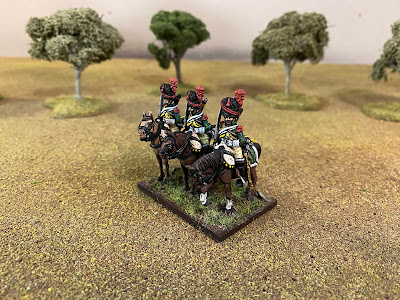 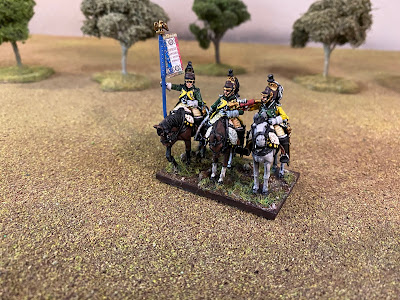 And a couple of close-ups of the troopers: 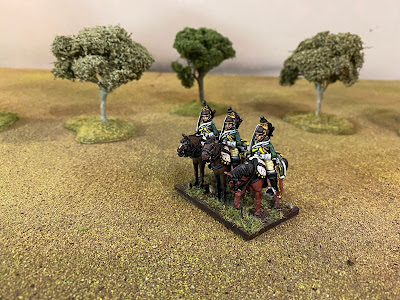 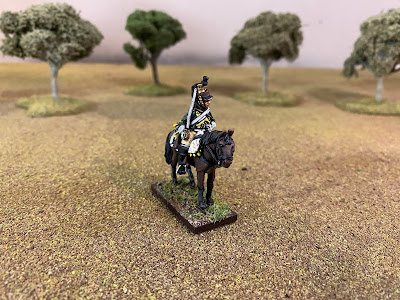 Two down, with two to go: 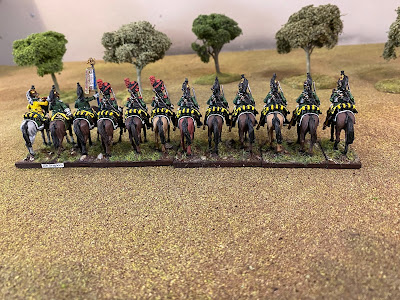 That's the 20e Dragoons completed then. Next up the 2e dragoons.