The first of two Sipahi of the Porte cavalry units completed: 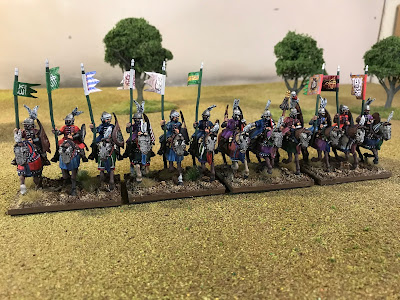 The figures are again from The Assault Group, which are lovely figures with minimal flash, although the lance hands did take a bit of drilling out. I used a pin vice for this which did the job but required a bit of effort, and am thinking about investing in a hobby drill to make this easier. 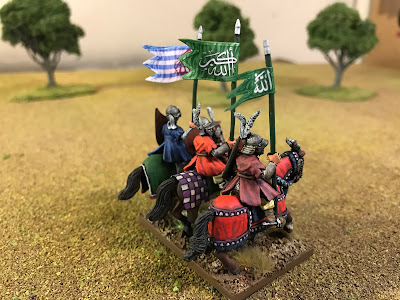 They came with their own lances and I did think about replacing them from my supply of Northstar wire lances which would probably have been sturdier in the long-run, but decided to stick with the originals as they seemed to fit the figures a little better: 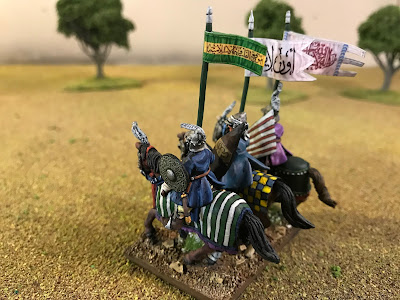 The lance pennons and most of the shield designs are again from Little Big Men Studios. The shield transfers were designed for another range of figures but some fit perfectly while others had to be blended into the surrounding shield: 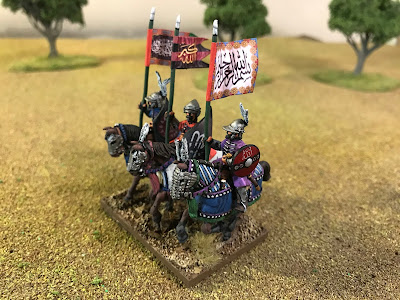 The command figures are nice and include one carrying a horse-hair standard: 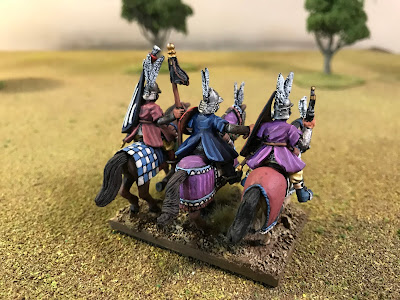 All figures fit snugly on to a 60x40mm bases without too much effort: 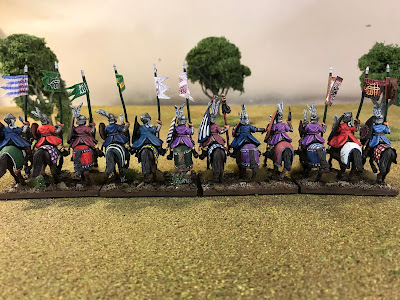 I am in the final stages of finishing a sword-armed Sipahi unit, and then hope to move on to some Akinjis to keep the project rolling.
Posted by Lawrence H at 21:22 8 comments:

This unit is comprised of sword and pole-armed Azabs and represents the third and last unit: 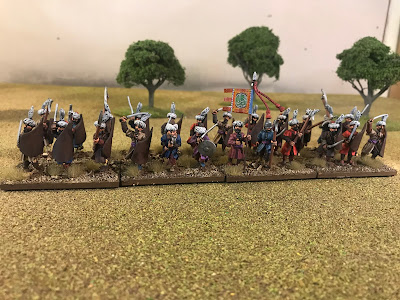 There is a decent variety of figures in the TAG unit builder pack which makes them fun to paint, although I did notice that there was some flash behind some of the shields which I personally found too difficult to remove. I ended up leaving these parts black and painting around them, which was no great imposition: 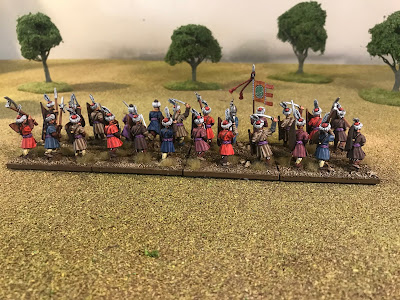 Below is a close-up of a stand of sword-armed figures: 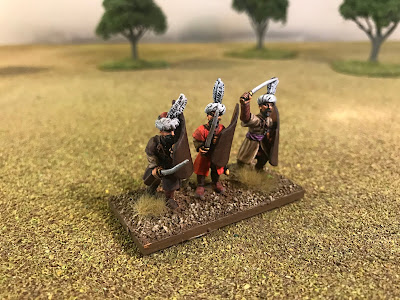 And one of pole-armed foot: 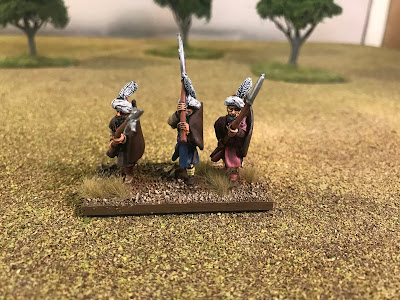 I probably could have been more adventurous with their shields but, given that Azabs were recruited from provincial villages and were probably not going to be spending a great amount of time worrying about shield design, I decided to be lazy and save the effort for some Sipahi cavalry which are next in the queue.

And what an effort that is proving to be with the first three horses taking the better part of a week alone, although I am hopeful I'll be able to speed up as I can lay down a template as to how best to approach this part of the project. With any luck I may have something to show for my efforts before the end of the month.
Posted by Lawrence H at 03:06 8 comments: