I have managed to complete three more battalions for my Spanish project, representing three of the Swiss regiments in Spanish service at the time of the French invasion in 1808. The three battalions are from the Preux, Reding and Betschart regiments: 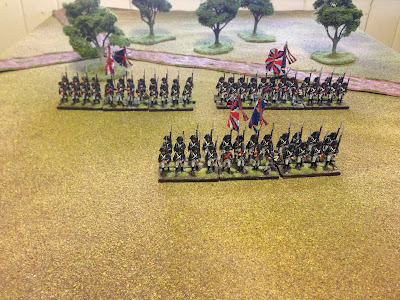 They distinguished themselves at Bailen, even coming up against fellow Swiss who had been pressed into service as part of Dupont's army, which caused the latter to defect from the French back to the Spanish side: 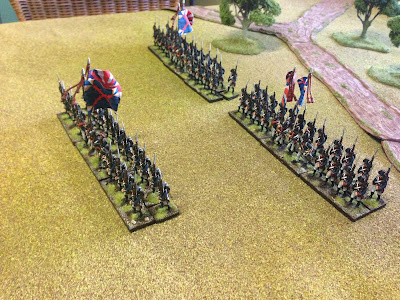 The figures are from Eagle Miniatures, and represent quite well the longer tails of the Swiss coats. Unfortunately there were no grenadier figures available, so I decided to pad the units out with fusiliers: 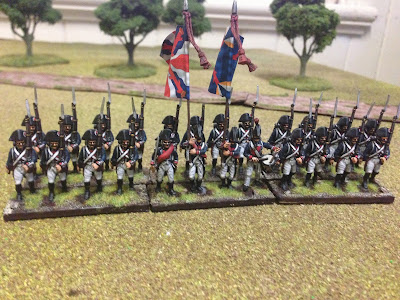 The rather distinctive-looking Swiss flags are from Adolfo Ramos in Spain, and I think they really serve to give the units a unique appearance: 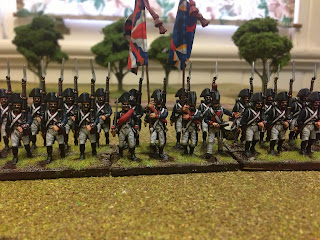 The Eagle figures are quite nicely detailed, although they are a lot slimmer than my usual Front Rank and would not mix well in the same unit. They are around the same height however, and to my eye do not look out of place as a separate unit: 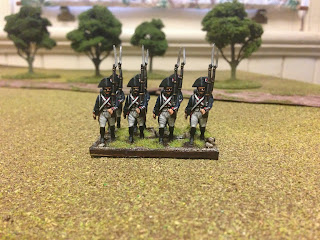 They also carry the French-style backpacks, which I believe also adds to the overall appearance: 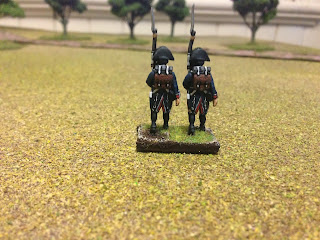