I couldn't resist putting the whole army together as a group before they get stored away whilst they await the advent of their French protagonists: 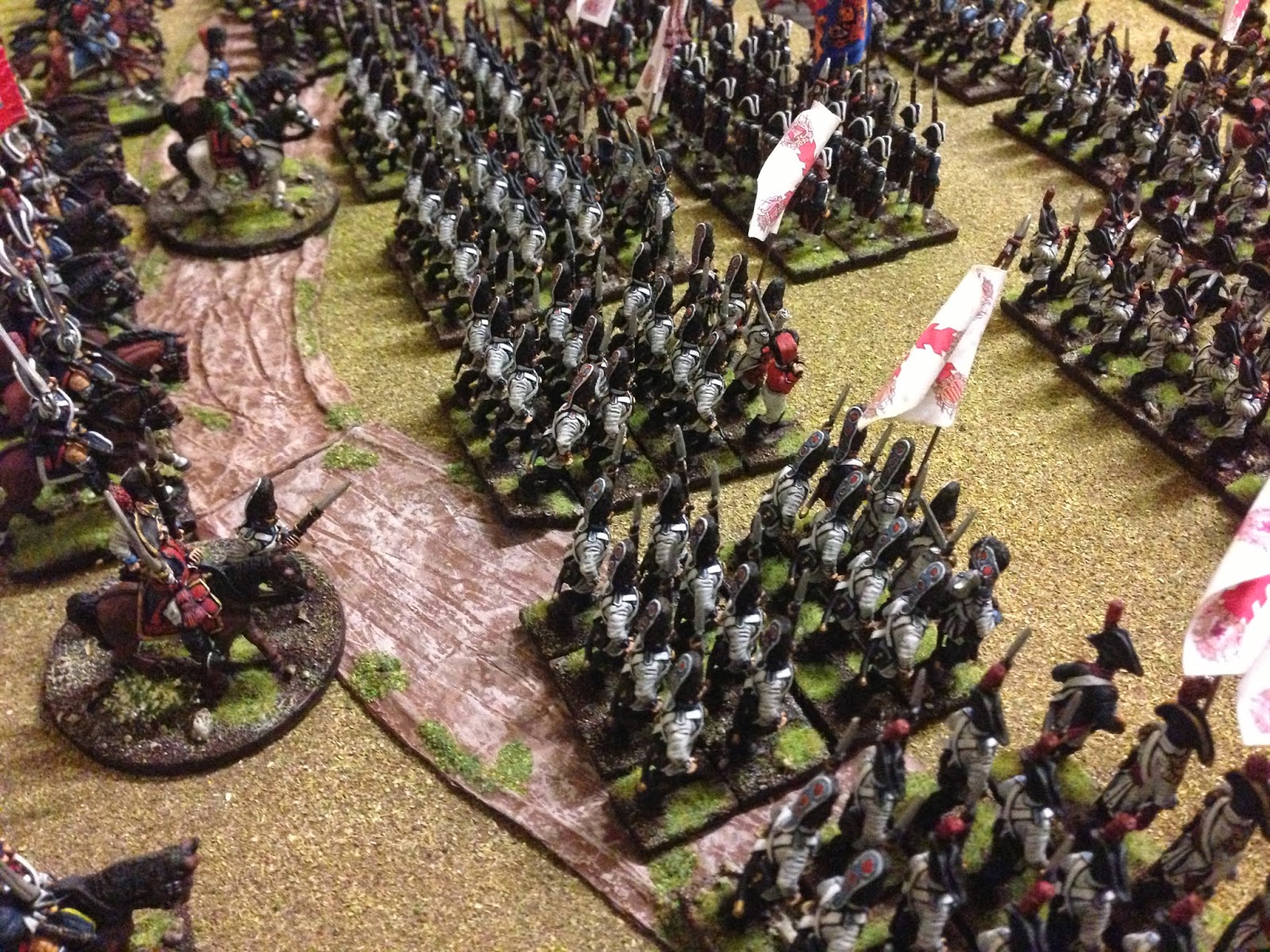 This was a fun project, although I am not sorry that it is over especially as it was on the back of around seventy or eighty 15mm Essex Spanish units which I am also in the process of finalising. I have probably now painted enough Spanish to last me a life-time: 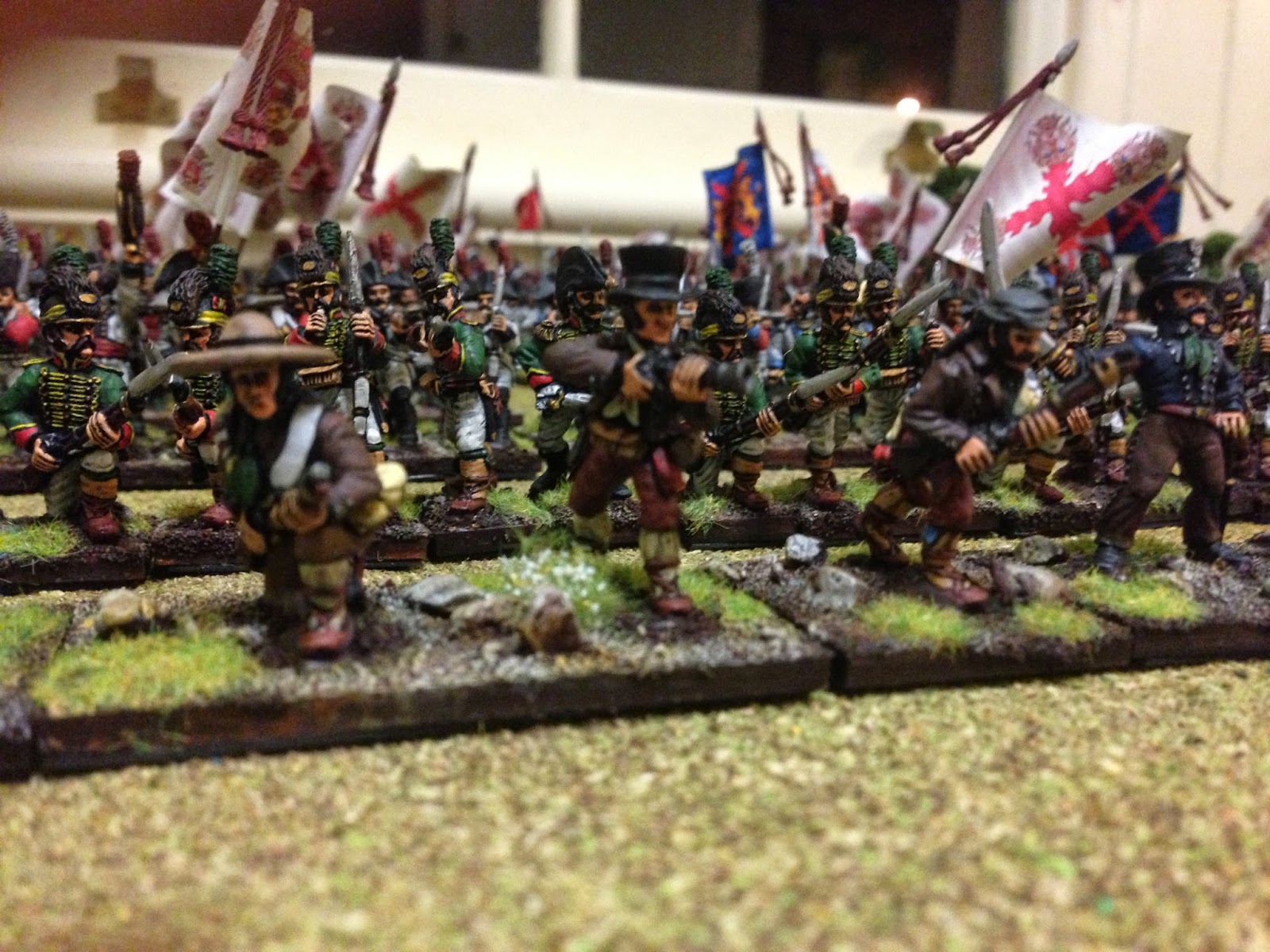 I like this picture as I believe it conveys some of the diversity of colour that can be found in a Spanish Napoleonic army, in this case the Irlanda, Ultonia, and Swiss regiments, a light battalion and an artillery battery. 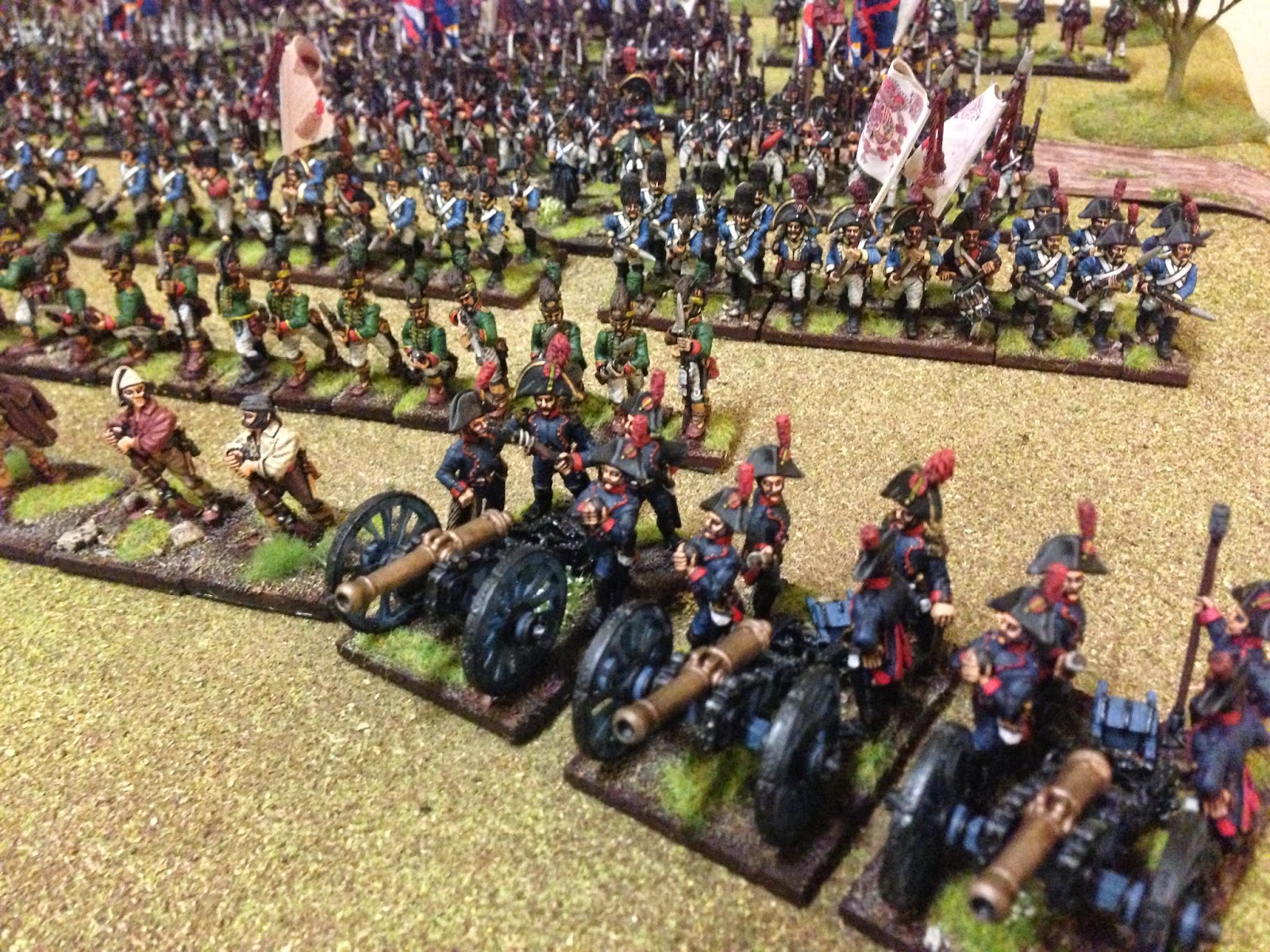 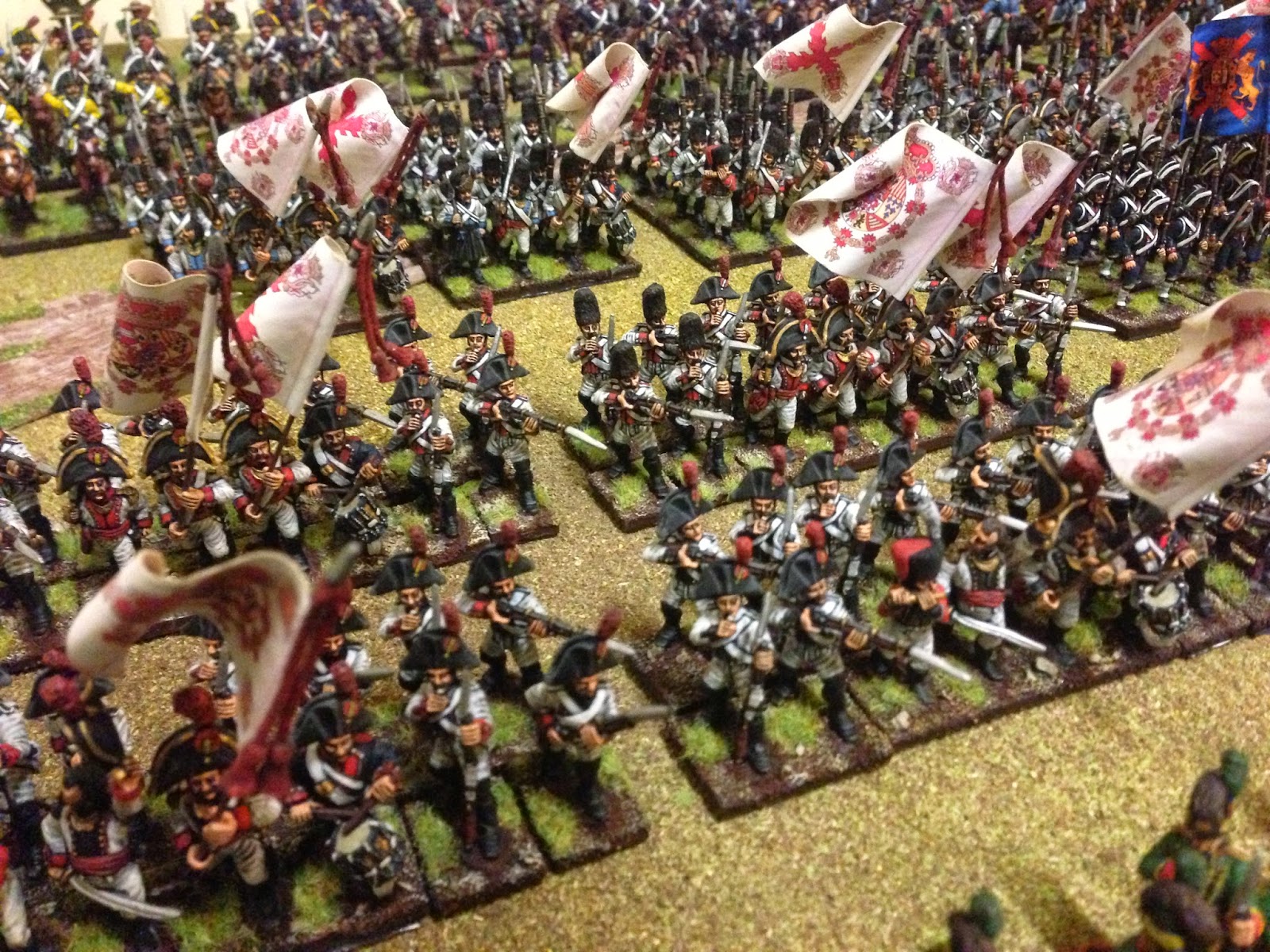 All up, the army includes the following:


Which is around 709 infantry and cavalry figures, with 98 horses and 6 cannon. 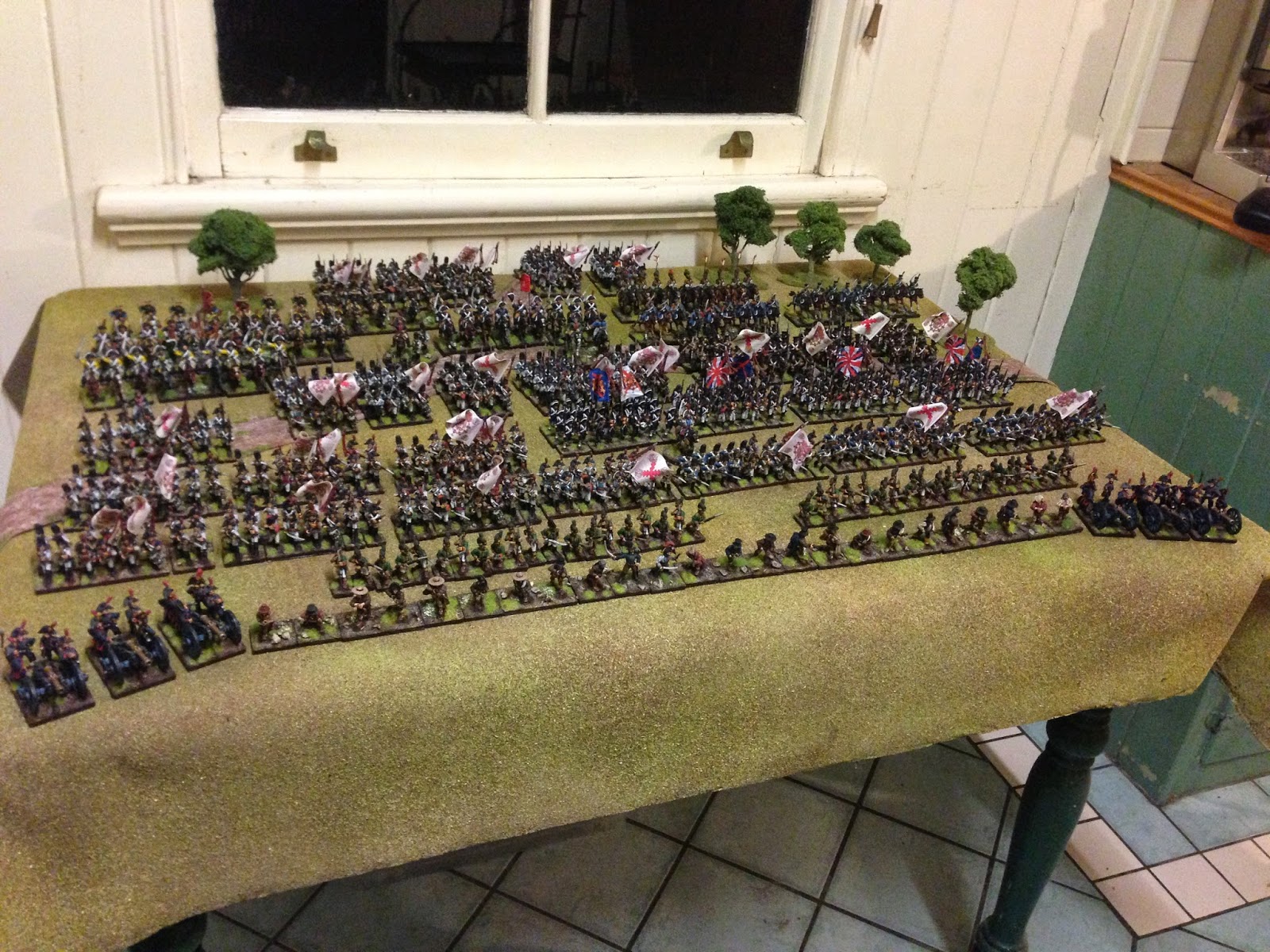 My next project is to put the finishing touches on some 15mm Spanish, and then move on to Portuguese in both 15mm and 28mm.
Posted by Lawrence H at 06:47 22 comments: