The last of five, this one is comprised of Perry figures and is my favourite in terms of the variety of "at rest" figure poses. The figures all look very natural and relaxed: 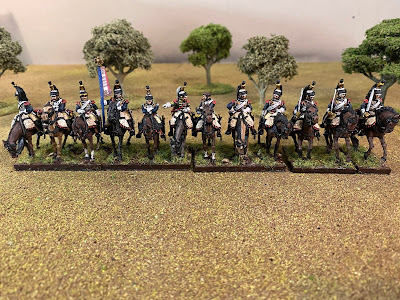 The three figures on trotting horses were the easiest to paint: 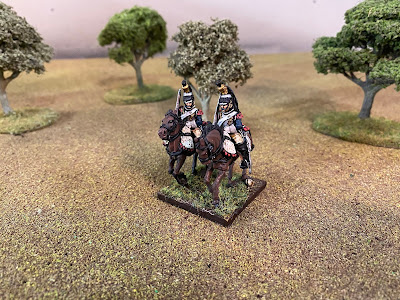 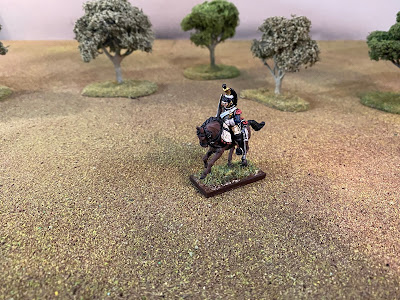 Whereas the ones in stationary poses were far more interesting, although the faces on a couple appeared to lack the same definition, possibly because the moulds are starting to get a little old now. It is not  however overly noticeable and they are great sculpts, and probably the most enjoyable Napoleonic figures I have worked on to date: 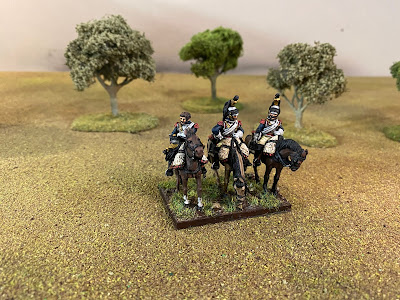 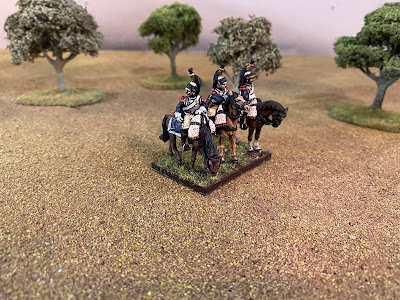 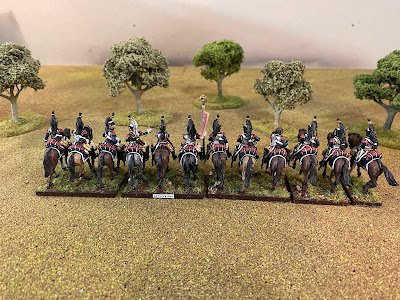 I do have one unit of carabiniers ahead of me, but have readied three hussar regiments and will start work on them next followed by some chasseurs. Hopefully within a couple of months I will have the core of the French cavalry completed, assuming I can maintain my motivation.

The fourth of five, and the third comprised of Foundry figures. I wanted to do one with pink facings as it gave me an excuse to finally open my Foundry shadow pink paint triad set which I purchased six or seven years ago, and the 11th fitted the bill nicely: 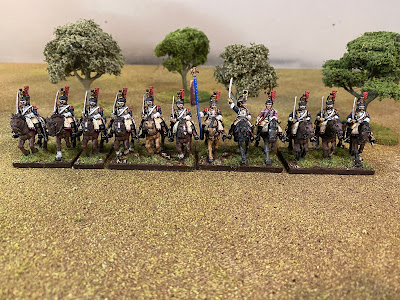 I must say I have always loved the heft of metal figures and, as I have mentioned before, it is quite noticeable how heavy these twelve-year old Foundry castings are. Very sturdy lads: 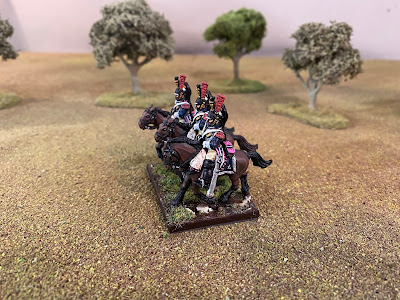 The flag is again from GMB, and I painted the trumpeter in reverse colours. The Foundry Shadow Pink is on the darker side (and bearing in mind my lighting here is full of shadows anyway), but it was a lovely colour to use. I wanted something solid and with some definition against the white straps and trumpeter's epaulettes as opposed to their lighter Nipple Pink, which I was concerned might look a little too washed out: 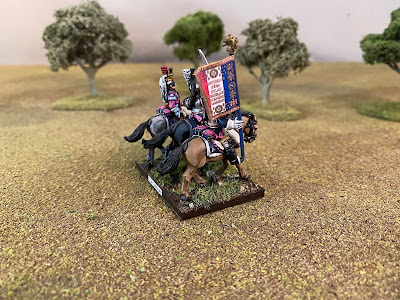 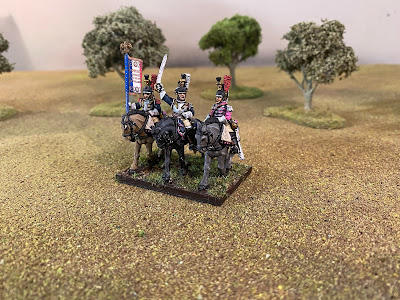 That's the 11th and fourth cuirassier regiment completed then: 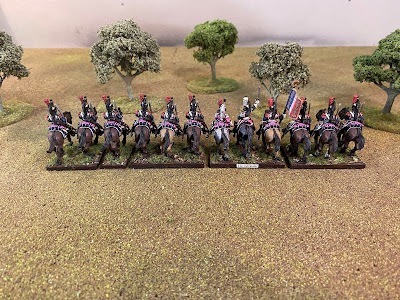 Next up will be the fifth and last French cuirassier regiment in the form of the Perry's "at rest" figures.

This is the third cuirassier regiment, and the first of two cuirassier units comprised of Perry figures. What I find a little hard to believe is how this is actually the first Perry unit I have completed, these having sat in the pile for the best part of eight years: 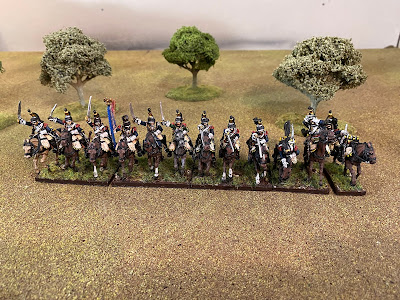 These are the charging cuirassier figures, augmented by three of the 'hit by cannister/volley' figures. I am a little undecided as to whether these last three make good wargame figures as opposed to being perfect for an arranged diorama or command piece, but this does mean that every figure in the unit is unique with no double-ups: 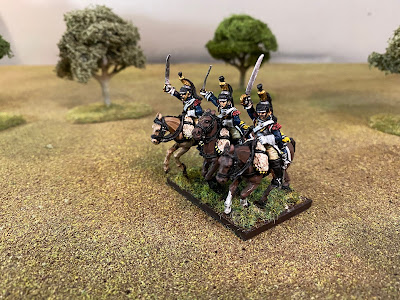 While this was a good thing, it did create some additional work in trying to determine what certain parts of a figure not visible on others actually was, as opposed to just being able to work it out for one and repeat. I also made a mistake in snipping away some of the tufts of grass connecting the horses hooves to the base on a couple of figures which had the effect of rendering them a little bendier than others, but once I realised the error of my ways I quickly stopped this practice and will simply have to remember to always pick them up by the base (which is what I try to do anyway): 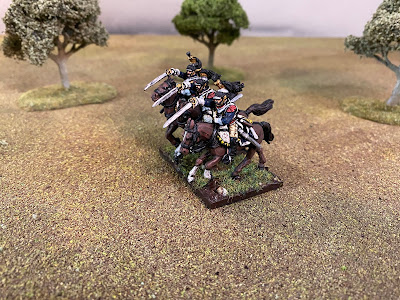 The flag is again from GMB, and I painted the trumpeter in the later standard musician livery as opposed to reverse colours: 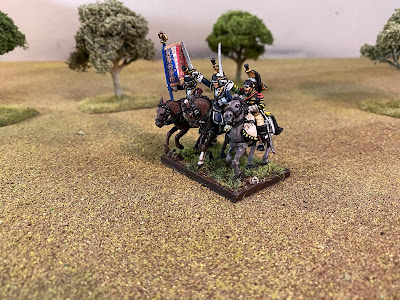 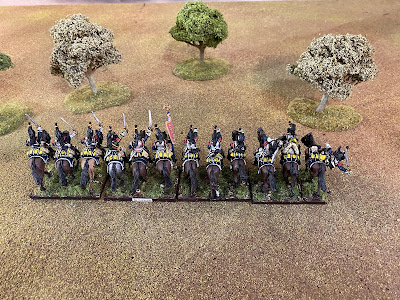 Three down, with two regiments left to go.