I have spent most of June on the next batch of Republican Romans, with twenty-four elements of Triarii now completed: 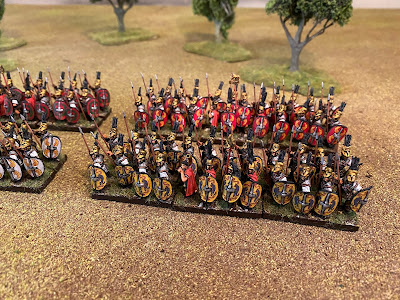 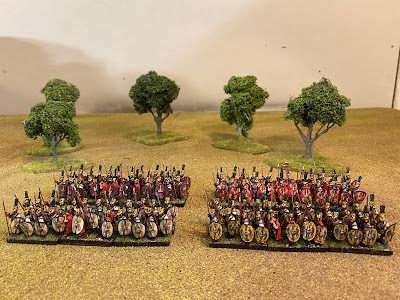 I divided these up again across the four standing legions, with the figures again from Xyston and the shield transfers from Little Big Men Studios: 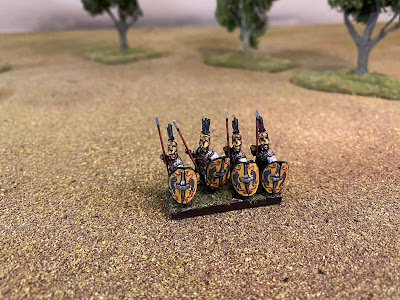 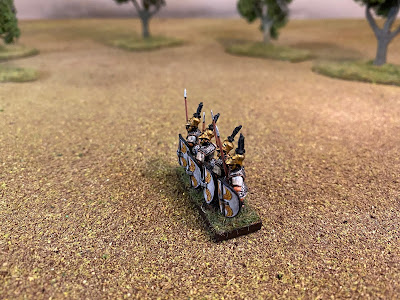 There are two sculpts in each pack and, unusually for Xyston, the facial features on one was quite indistinct so took a little extra work, but is not overly visible underneath the distinctive Triarii helmet anyway: 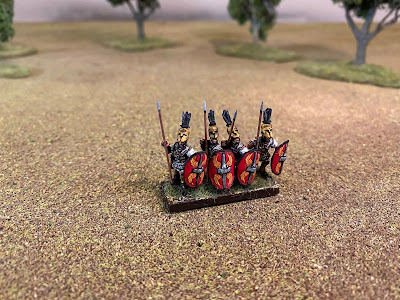 I gave each unit a command element with the original standards carried by Legio I-IV. The standard bearer is a very nice sculpt with teeth just visible on the bear pelts, which makes them a little more interesting: 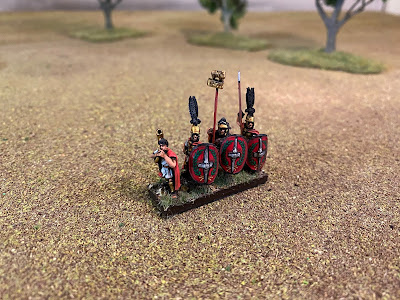 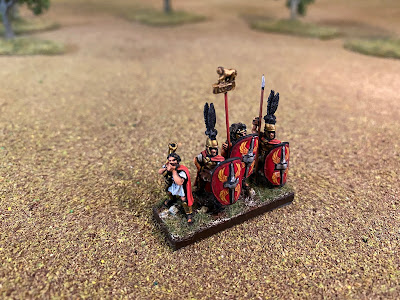 As I intend for this army to span a few Republican Roman eras through to the Marian reforms, I also completed four command elements with the aquila standard. I was four figures short in the final count, so this seemed to be as good a place as any to put the four lictor figures from the command pack, carrying their fasces (and you have to be careful how you type that): 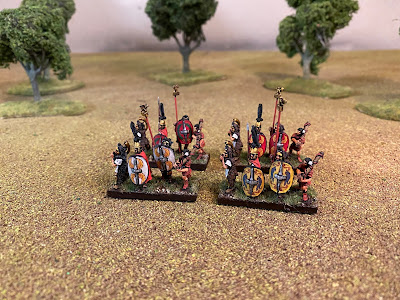 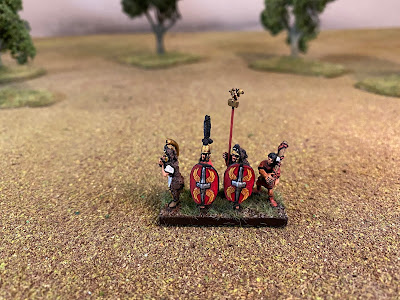 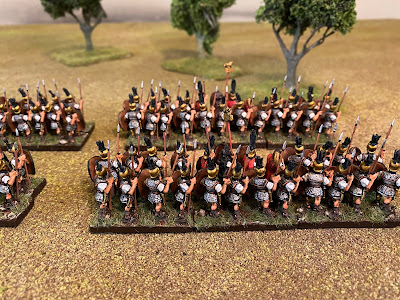 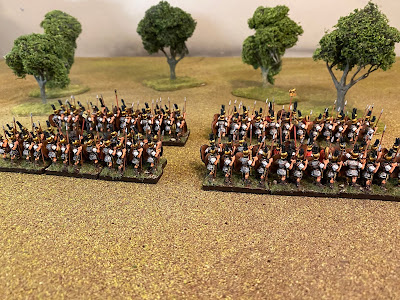 The Principes are on the painting table at the moment and I am hoping to have them completed before the end of July, which should put me at just over the halfway point on this project. Given that they have sat patiently in storage for the past ten years I'm loathe to start a new project as I fear it may be another ten years before I circle back again, so will keep going while I still have momentum.
Posted by Lawrence H at 04:34 20 comments: