I have had a number of Museum Miniatures lying around for the past eight years and am in need of some 15mm baggage for the gaming table, so I decided to move five wagons along with three Forged in Battle ox-drawn carts to the front of the queue: 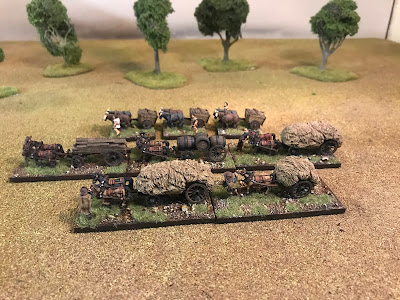 The first of the Museum Miniatures models is an engineers' wagon: 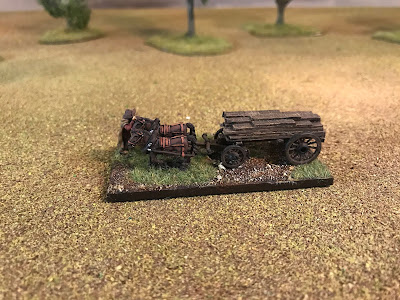 Along with two large hay carts: 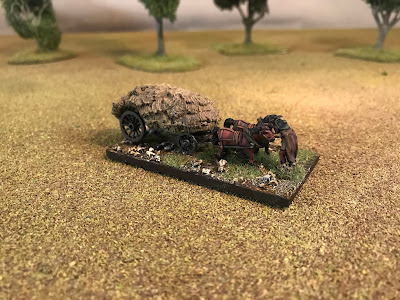 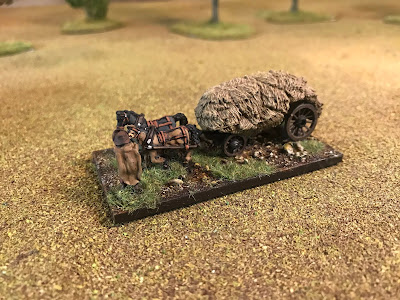 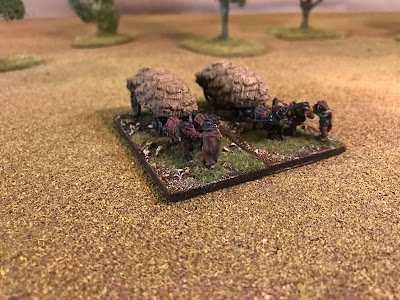 And a smaller single-horse version: 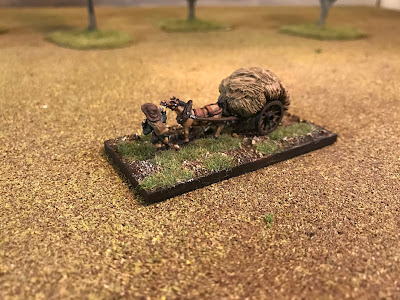 My favourite however is the beer wagon, complete with three barrels for a thirsty army. It puts me in mind of one of my locals which is the last pub in Queensland to still serve beer on tap from a wooden barrel although, to be honest, I can't really tell the difference and suspect it is brewed in the same steel vats as the rest of the beer they serve: 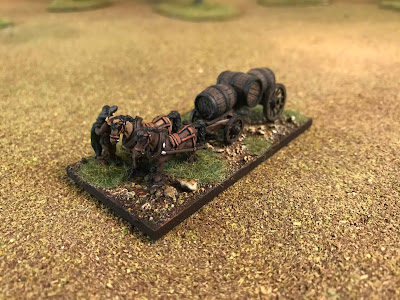 The Museum Miniature models fit together very nicely and are provided with two horses. I ordered four additional horses but found, after painting them, I preferred to stick with the original teams of two. The models are also available with a choice of solid or spoked wheels. The spoked wheels give them more of a middle ages/renaissance appearance, as opposed to the three Forged in Battle ox-carts which have solid wheels and a much earlier look about them: 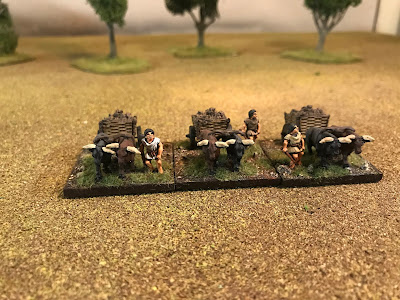 These will do double-duty as combatants for the DBMM Ancient Spanish army list which also allows the use of flaming ox-carts as an expendable troop type.

I was feeling quite pleased with myself after having completed them, until I went back to the email confirmation of the original order and realised I have another four of the Museum Miniature carts packed away somewhere. I now have a small side-project for the second week of my Christmas break in hunting through a few dozen storage boxes to try to find them, although I am hopeful this will also allow me to locate a mislaid Peter Pig Parthian army and some 28mm Renegade Carthaginians.
Posted by Lawrence H at 13:17 12 comments:

I have managed to make a fair bit of progress with the Numidian project over the last few weeks, including the completion of thirty-five elements of Numidian javelin-armed light infantry: 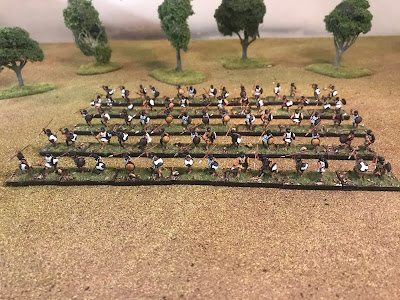 These are the usual mix of four different poses available in the Xyston packs of eight figures each: 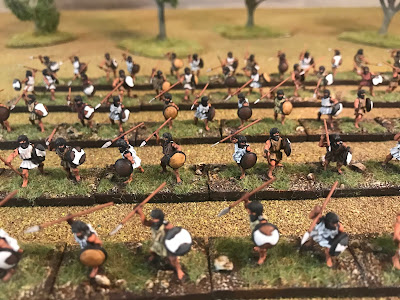 As with the Numidian cavalry, I kept the colours fairly simple and gave them a mix of animal-hide shields: 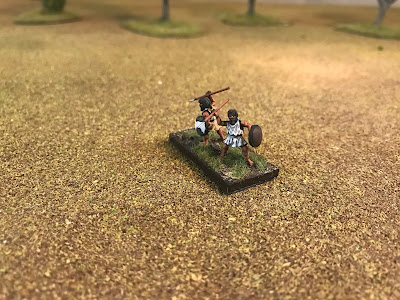 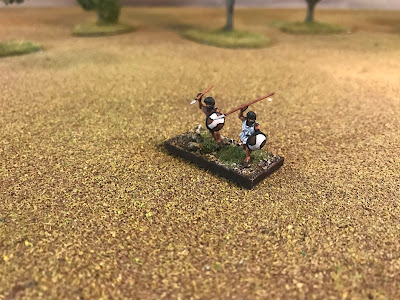 I also managed to complete eight elements of bow-armed light infantry, and another eight of slingers: 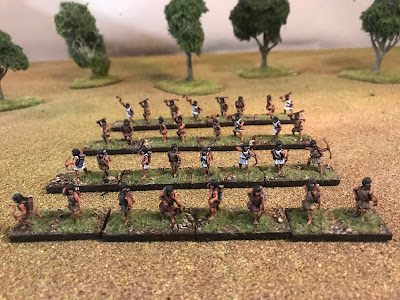 I found these a little more interesting to paint, mainly because they were at least carrying some equipment in the form of a quiver for the bowmen and a bag of projectiles for the sling-armed figures: 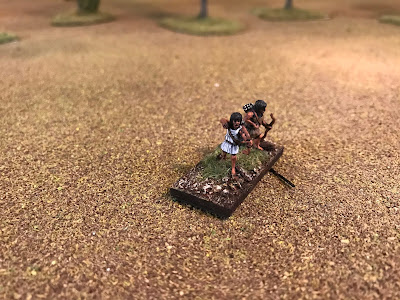 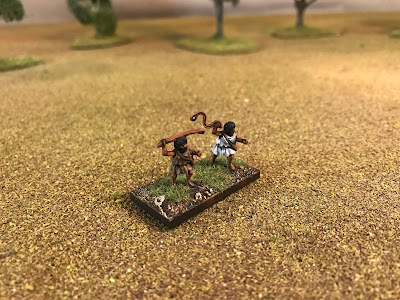 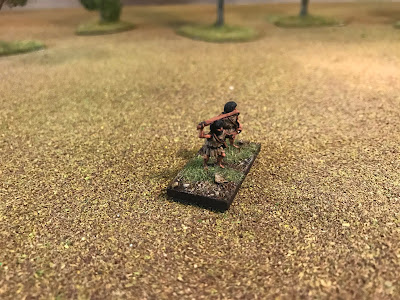 I have also managed to complete a few elements of baggage train which I am just finalising at the moment, and hope to have up in a few days' time.
Posted by Lawrence H at 02:10 12 comments:

With the recent finalisation of my Carthaginian army I wanted to return to complete my remaining Numidian cavalry, having painted twelve elements in October. That left me with another twenty-two elements and three generals, or twenty-five elements in total: 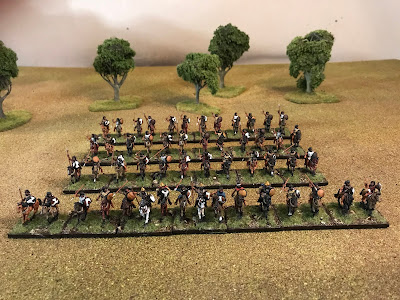 The figures are again Xyston, with the usual mix of four rider poses among the light horses and another four poses in the general packs: 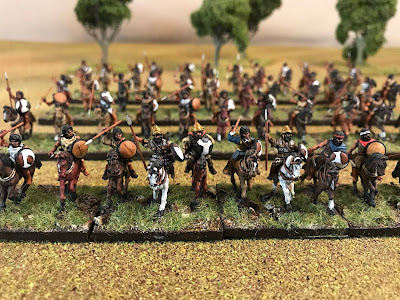 As with the earlier batch, I have tried to keep the tunic colours fairly tame, and kept to a few basic shield designs: 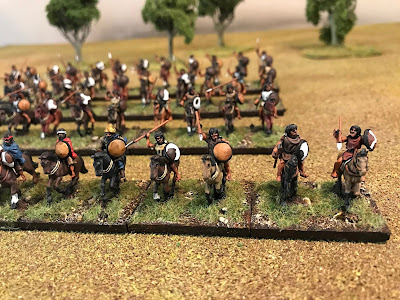 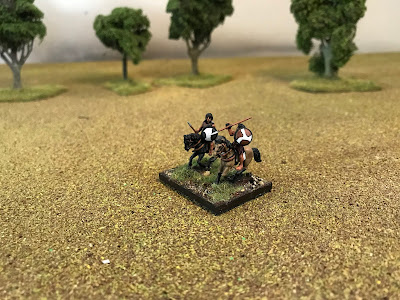 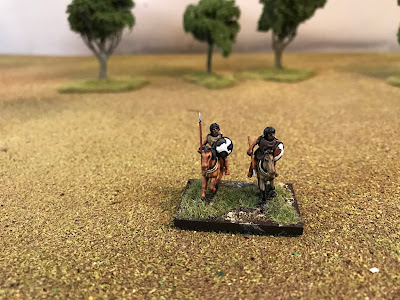 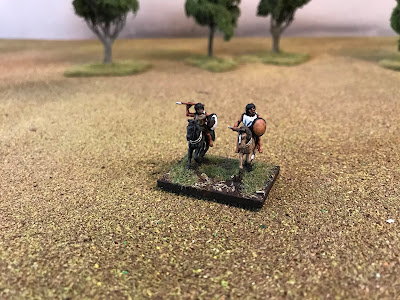 Apart from the generals where I incorporated a bit of colour: 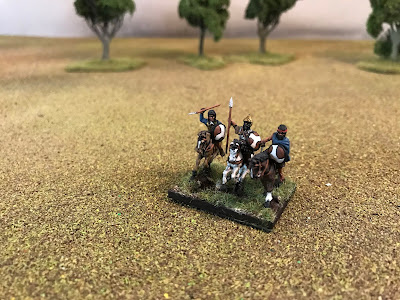 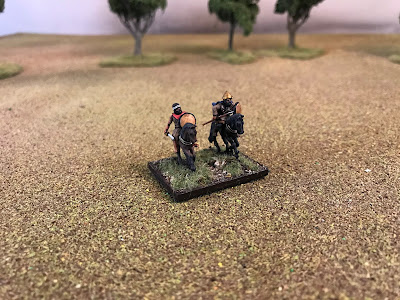 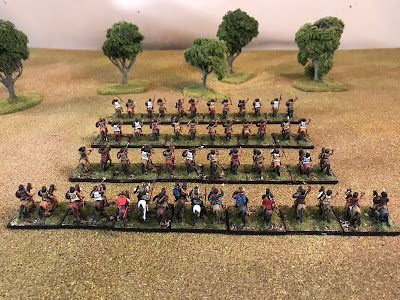 That's thirty-seven elements now completed, with some Numidian skirmishers next in the queue: 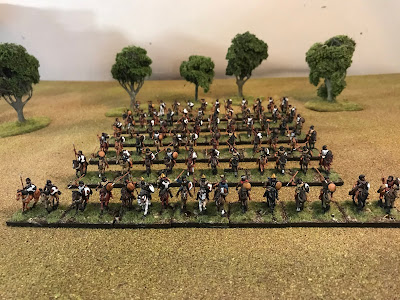 I also managed to complete another Roman building in the form of a 15mm Forged in Battle Roman bath-house: 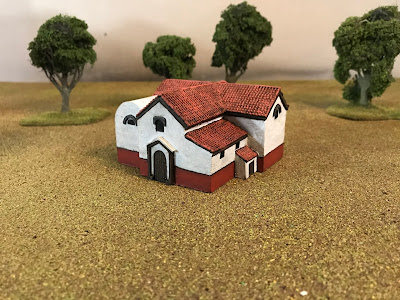 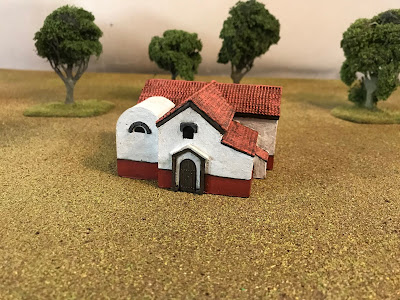 This is a solid resin building so no interior, but it is nicely proportioned: 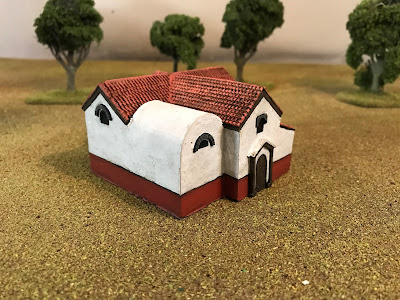 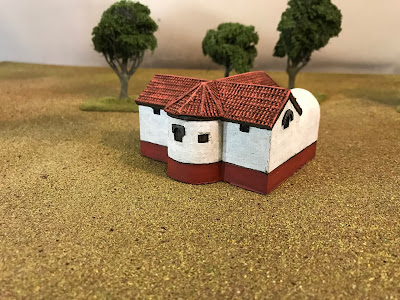 I have one Roman villa left to complete, my intention being to then combine them all into two large terrain pieces for use in DBMM.
Posted by Lawrence H at 19:46 12 comments: