The last two of my 15mm Portuguese line regiments just completed, making eight in all (or the equivalent of sixteen battalions). Firstly, the 16th Viera Tellas: 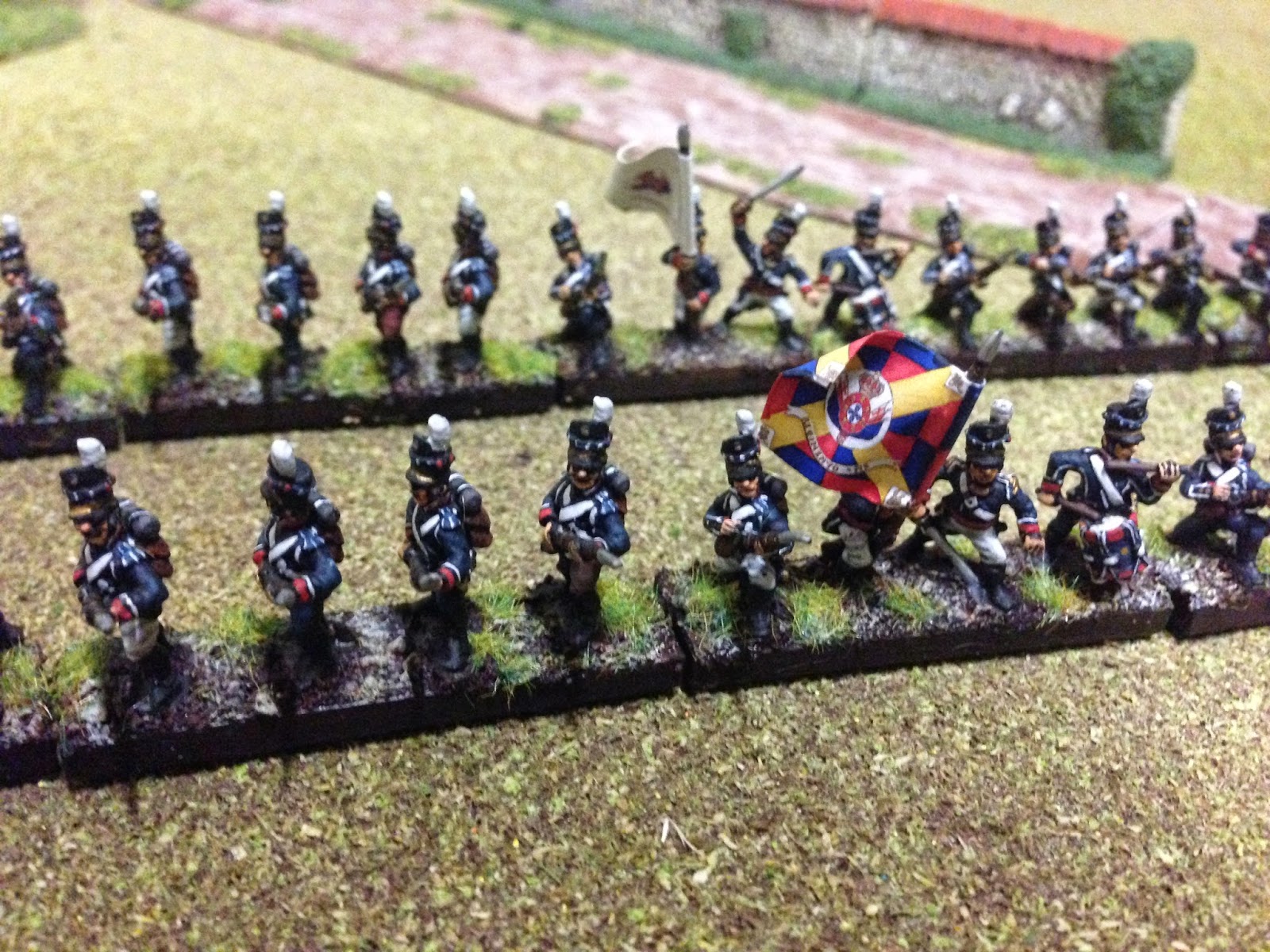 and the two battalions of the 22nd Serpa: 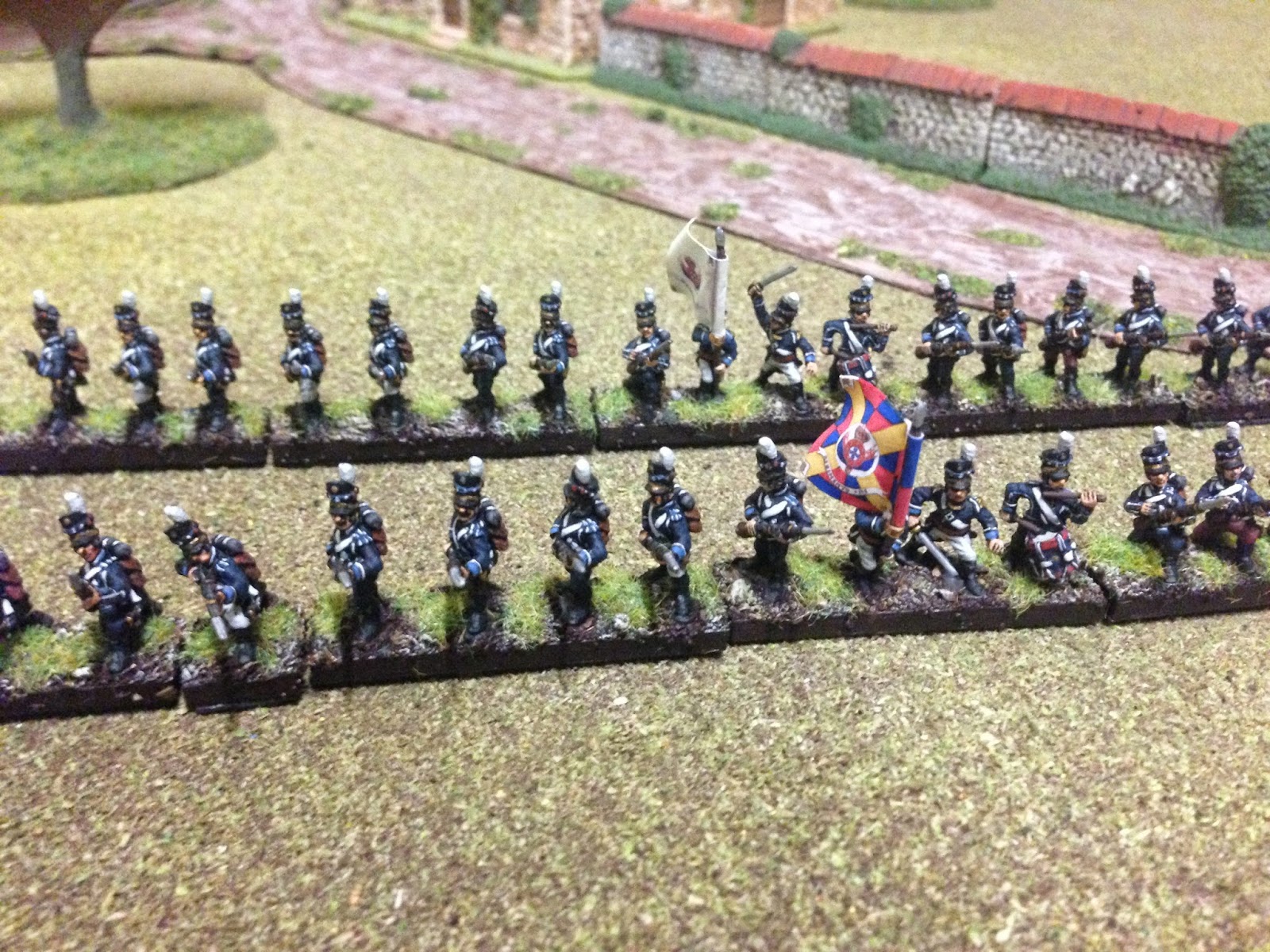 These figures, while still being a true 15mm, are much more enjoyable to paint than some of my other Essex figures. There is quite a lot more dynamism in these, and I am pleased I added a few "firing" line figures into the mix: 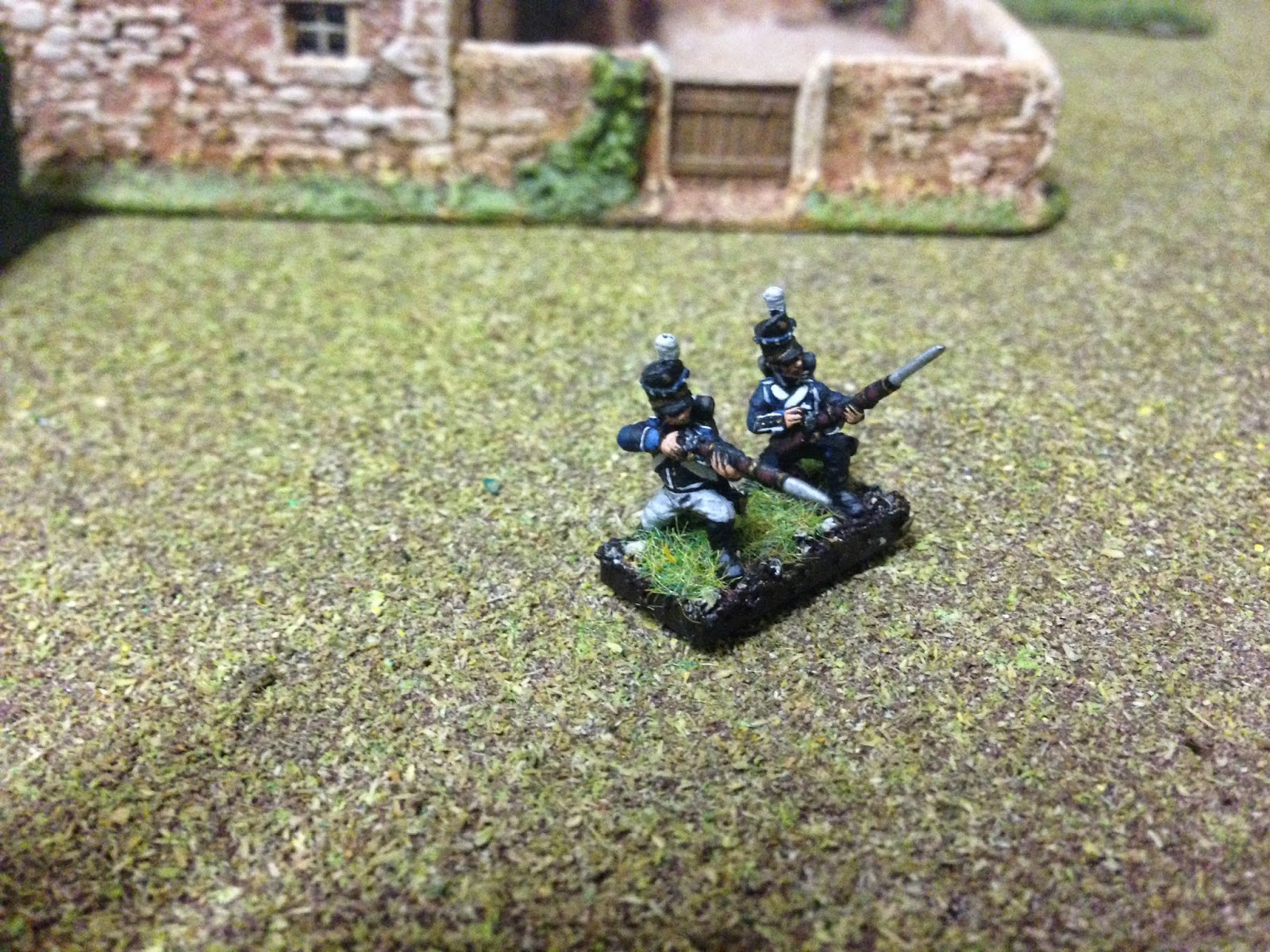 Now, on to complete eight regiments of cacadores (I still have no idea how I ended up with so many)...
Posted by Lawrence H at 03:16 4 comments:

I have finally managed to get around to putting the finishing touches on a few Spanish light battalions, including the Gerona and 1st Cataluna light regiments: 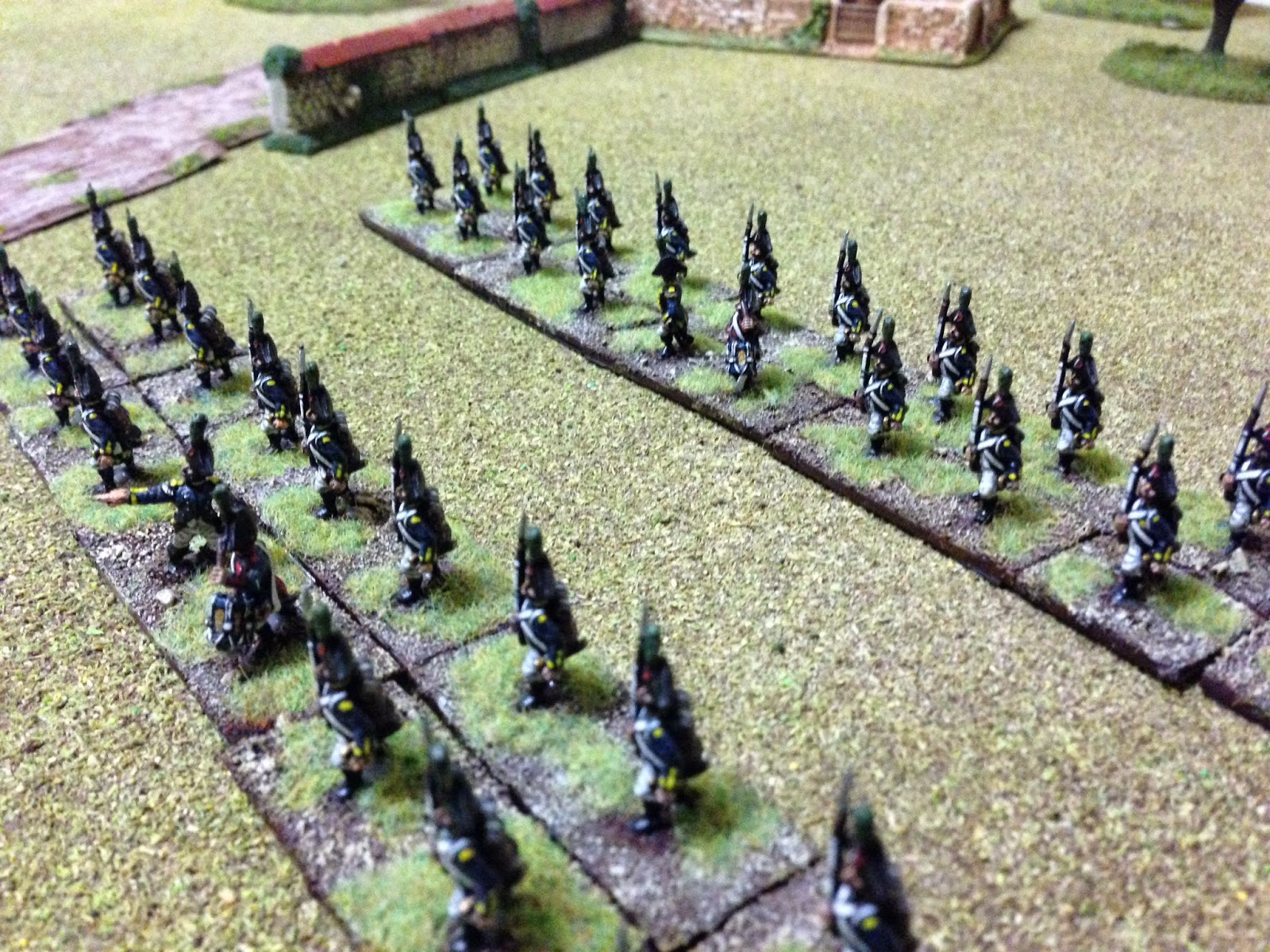 With the Gerona battalion at the front: 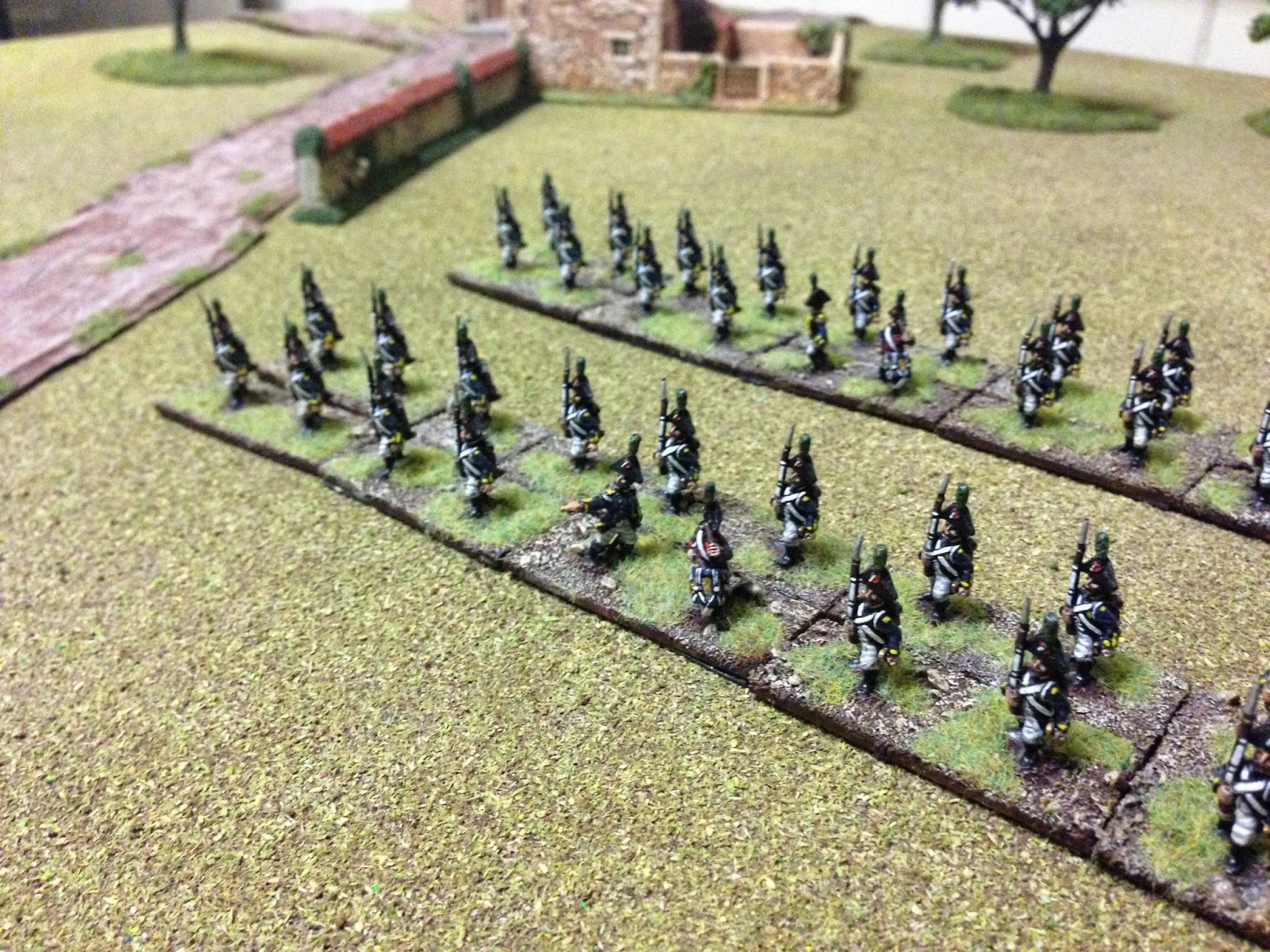 These are probably not the most "dynamic" of the Essex figure range, and quite noticeably shorter than, for example, AB Miniatures (by at least 3mm), but they do the job nonetheless.

The 1st and 2nd Aragon battalions: 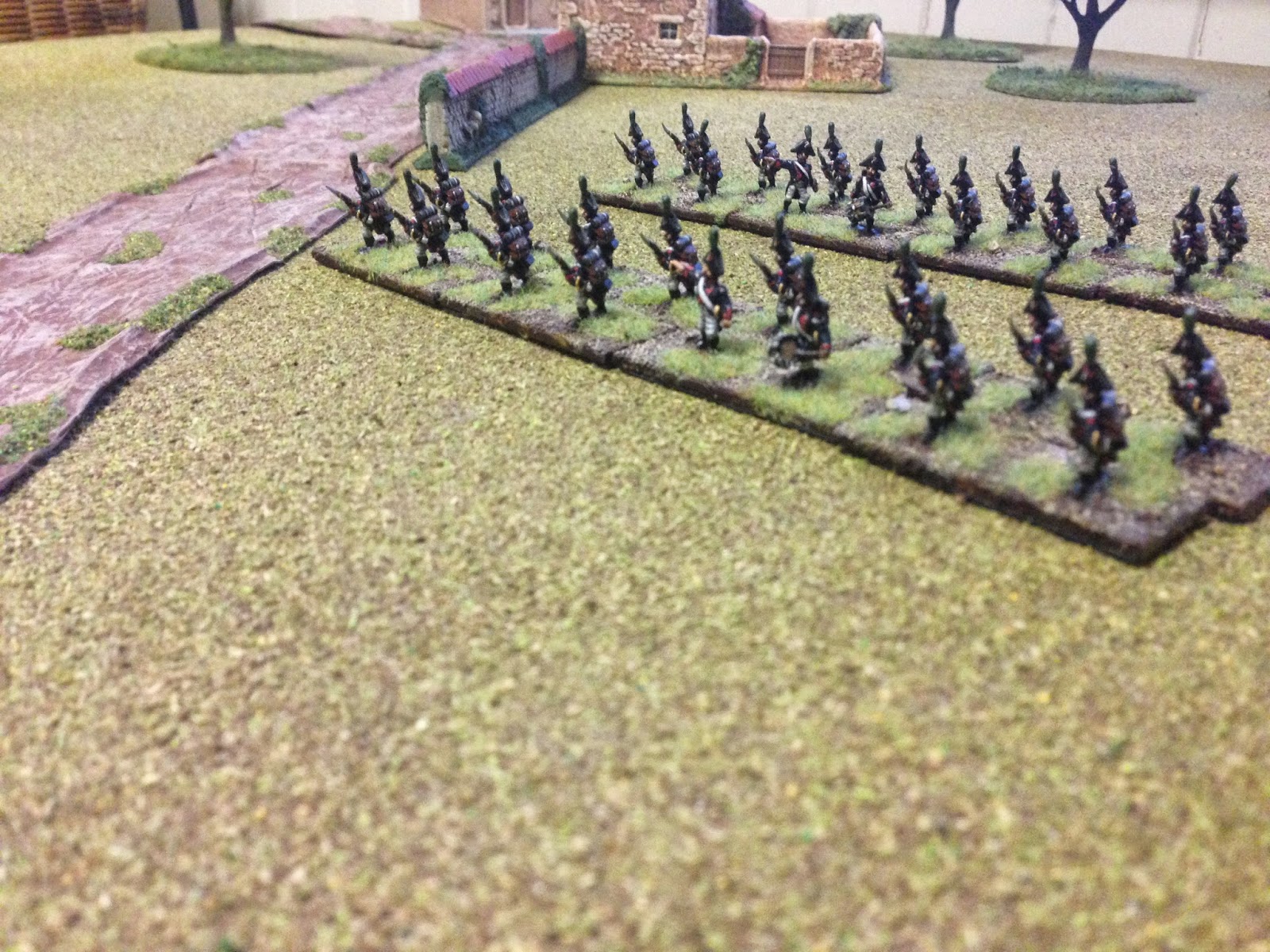 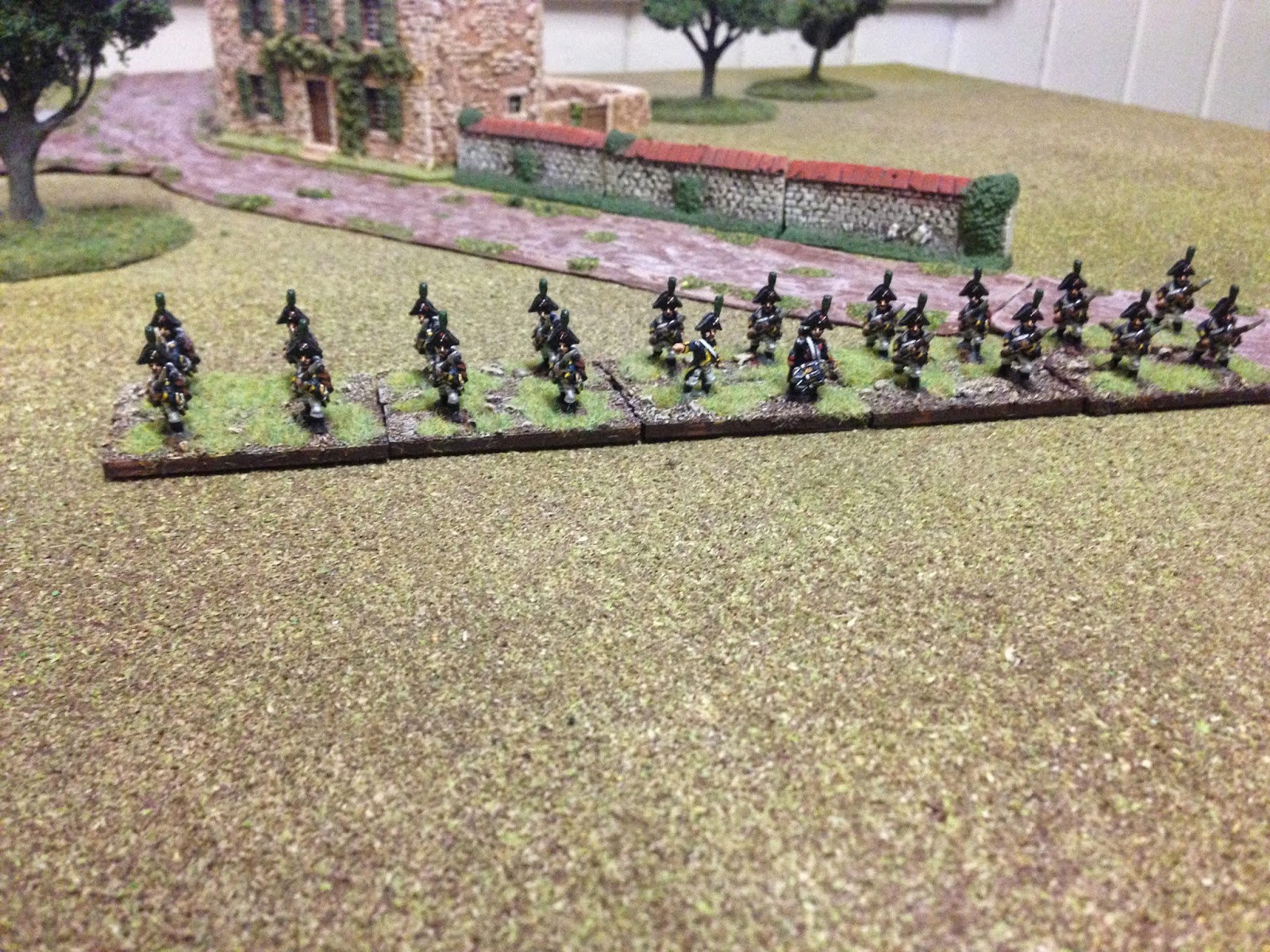 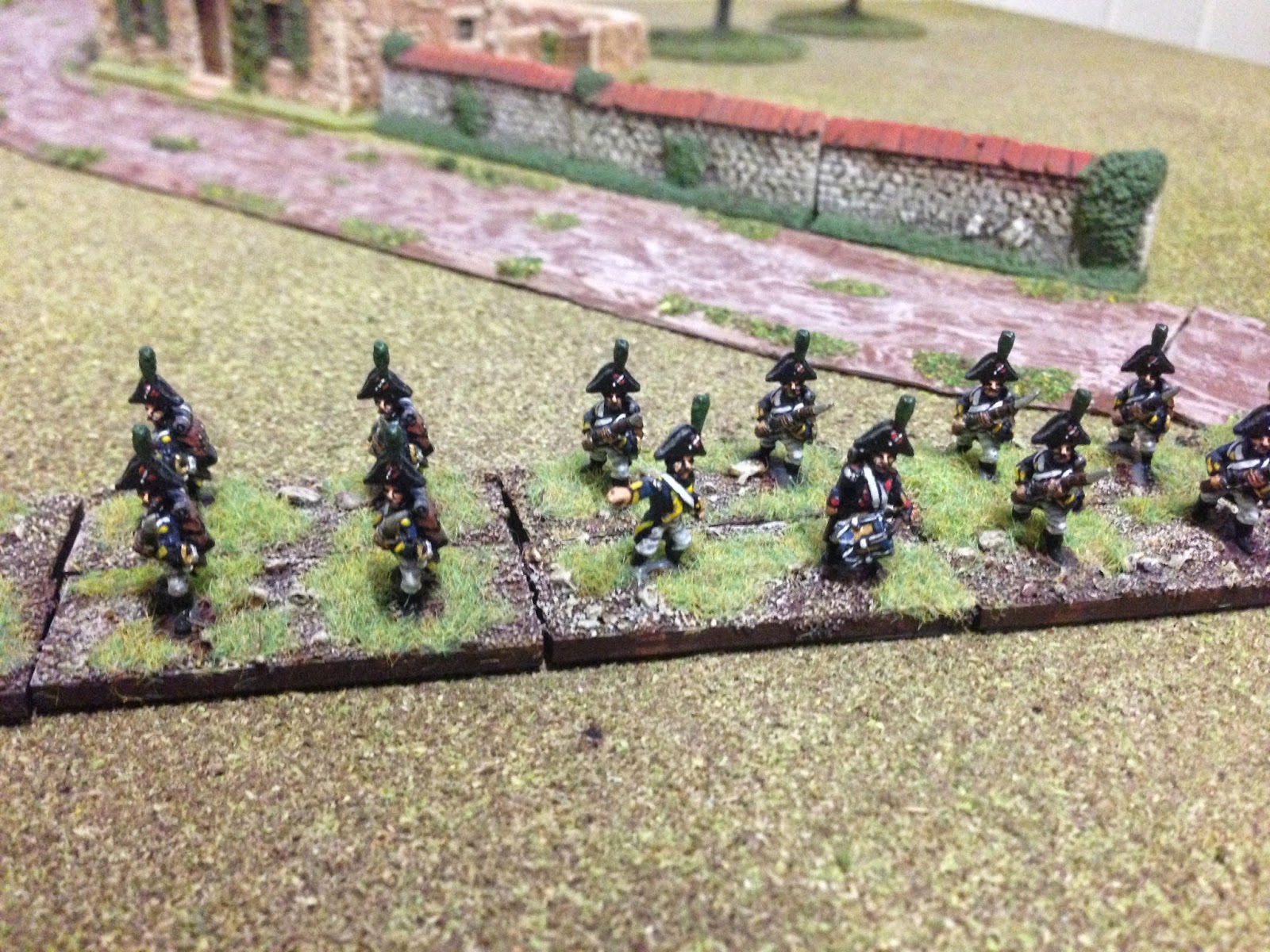 And a formed unit of 2nd Cataluna, just in case I need to pull one back into the line: 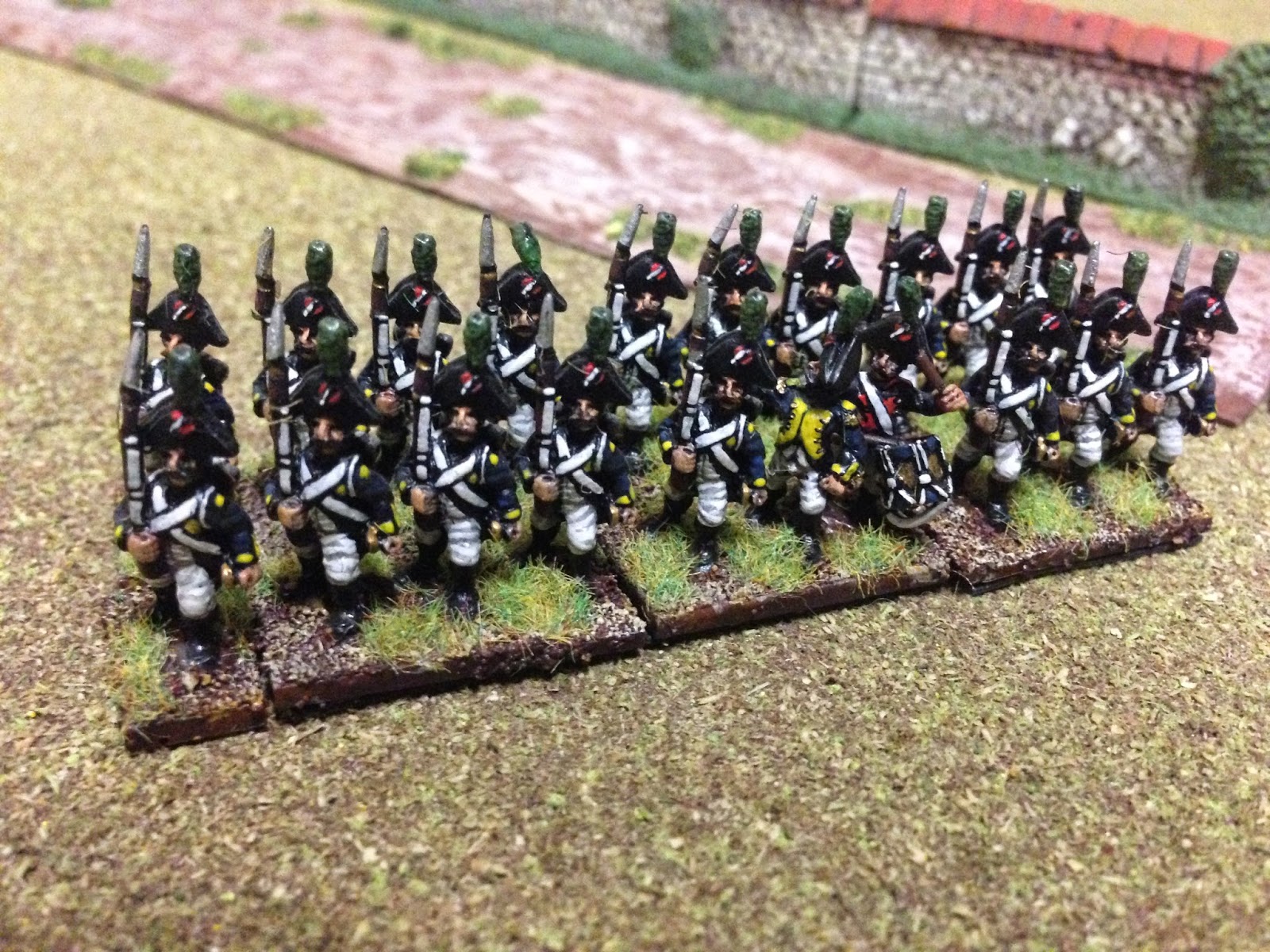 That's it for the Spanish light. Now I just need to put the finishing touches on 19 battalions of line, and half a dozen rural militia battalions...
Posted by Lawrence H at 01:11 7 comments: