The samurai army list has an option for up to sixty elements of "horde", either as Japanese peasants or the more useful Ikko Ikki fanatics. The latter are rated 'superior' in DBMM and, while they only have a factor of 2, they can attract a plus 2 if scoring higher than the enemy. They also only cost 2 points each which, given most foot elements are 7 to 8 points and we normally play 400 point games, seems like good value to me. Quantity does have its own quality after all, and so I decided to go for the maximum and paint 300 figures: 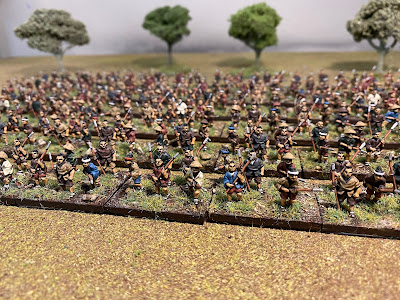 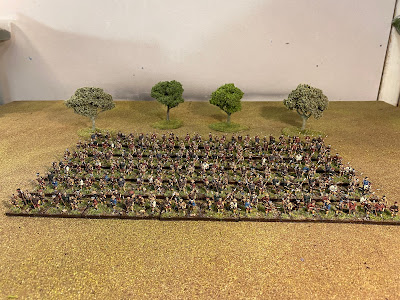 The figures are all Eureka with a choice of four poses, so each base has a double-up. 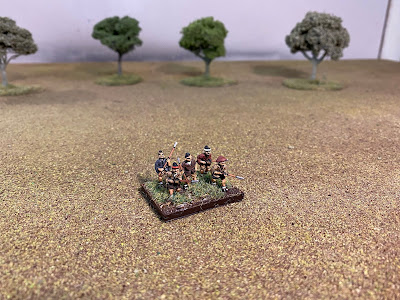 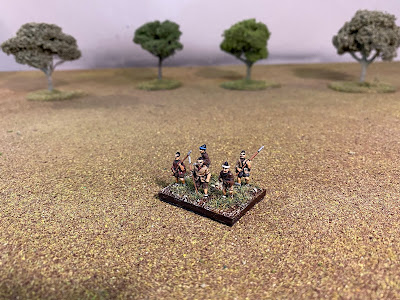 They were not unpleasant peasants to paint and certainly a lot less fussy than samurai, but with this many figures it turned into a bit of slog. 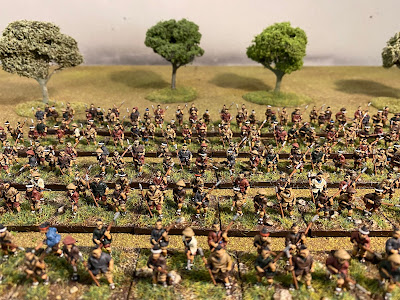 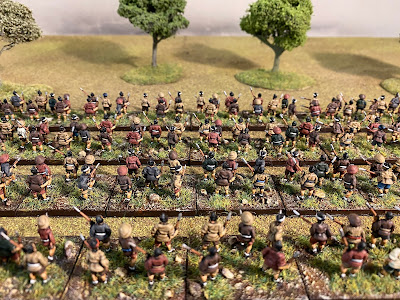 Three hundred figures is almost like a mini army within the army, and I'm looking forward to picking my moment and springing a surprise when the samurai force first goes into battle (none of my group are active in the blogosphere so I'm fairly confident of preserving the element of surprise): 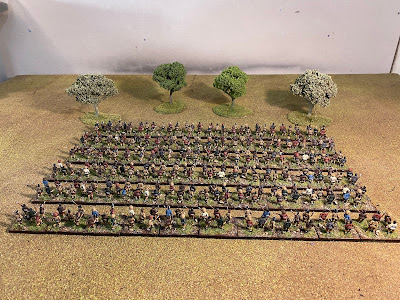 Next up some ashigaru with yari, which should be a lot more interesting to paint.