The Walloon Guards, or Guardias de Infanteria Walonna, are the last of my projected Spanish regular units and one of my favourites. Originally raised in 1704 from the area of what is now Belgium at a time when that region was under the Spanish Crown, they were assimilated into the royal household alongside the then recently established Spanish Guards. I went with Eagle Miniatures for these figures which, like their Swiss, have the longer tails on the coats but also have the paired buttonhole lace which was apparently a distinctive feature of the regiment's uniform: 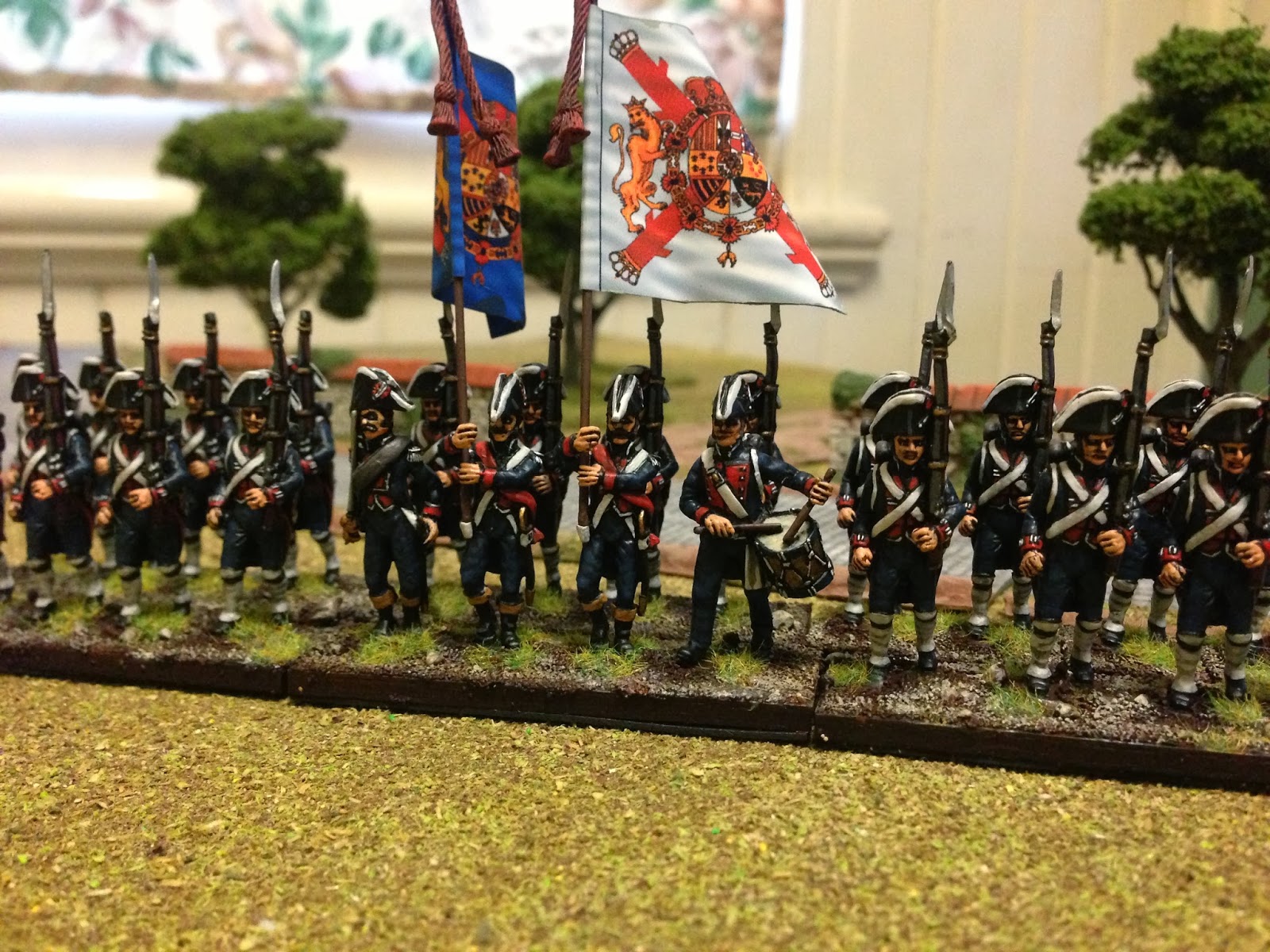 The only downside is that there aren't any matching grenadiers available, but the figures themselves are nicely detailed if a lot slighter than my usual Front Rank: The flags are by Adolfo Ramos which I think look great and are well and truly up there with GMB's, although I have found that they are a little more absorbent and one has to ensure that they are lined up first time as they don't "slide" around as much as what I am used to with the GMB designs: 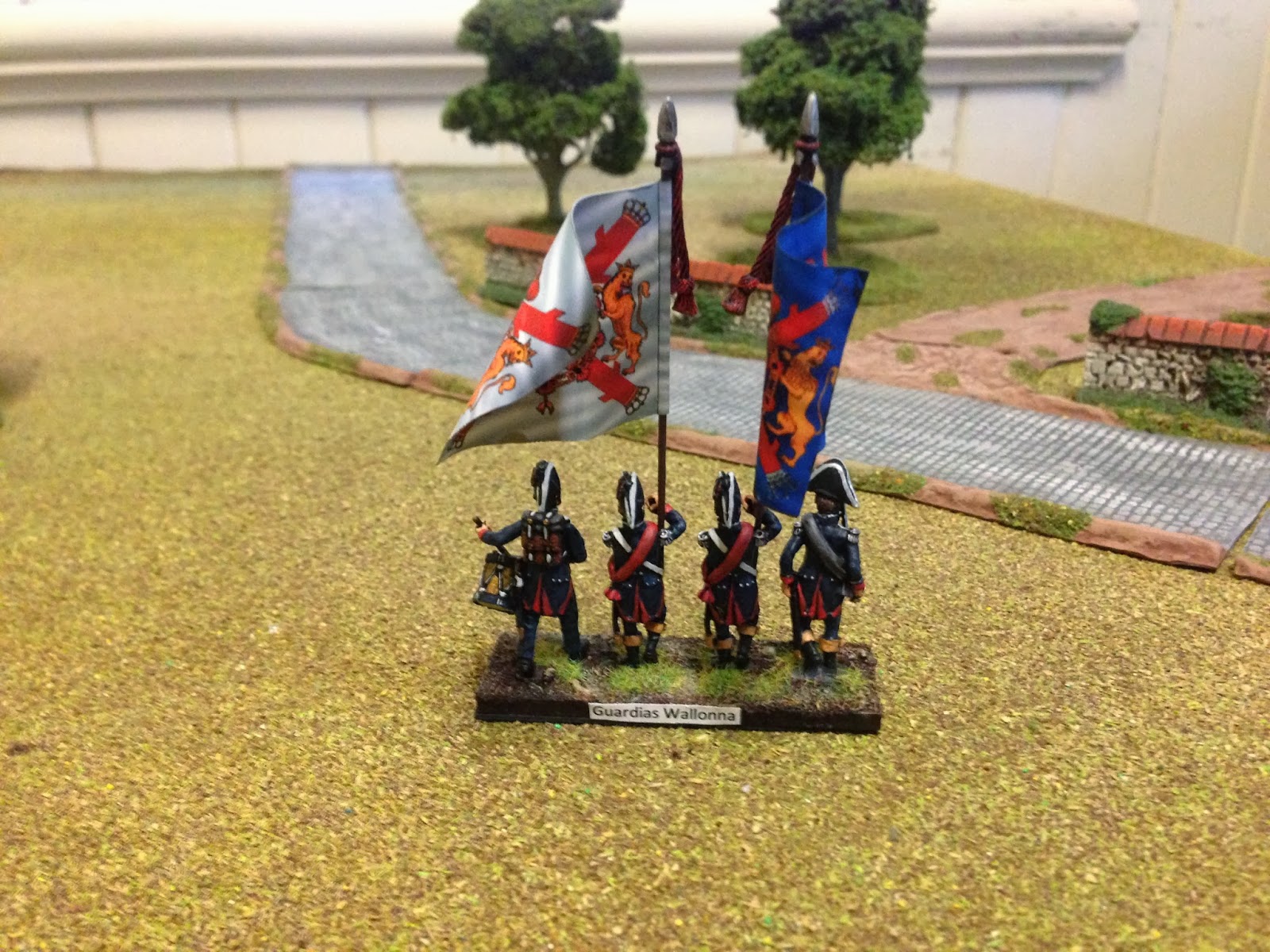 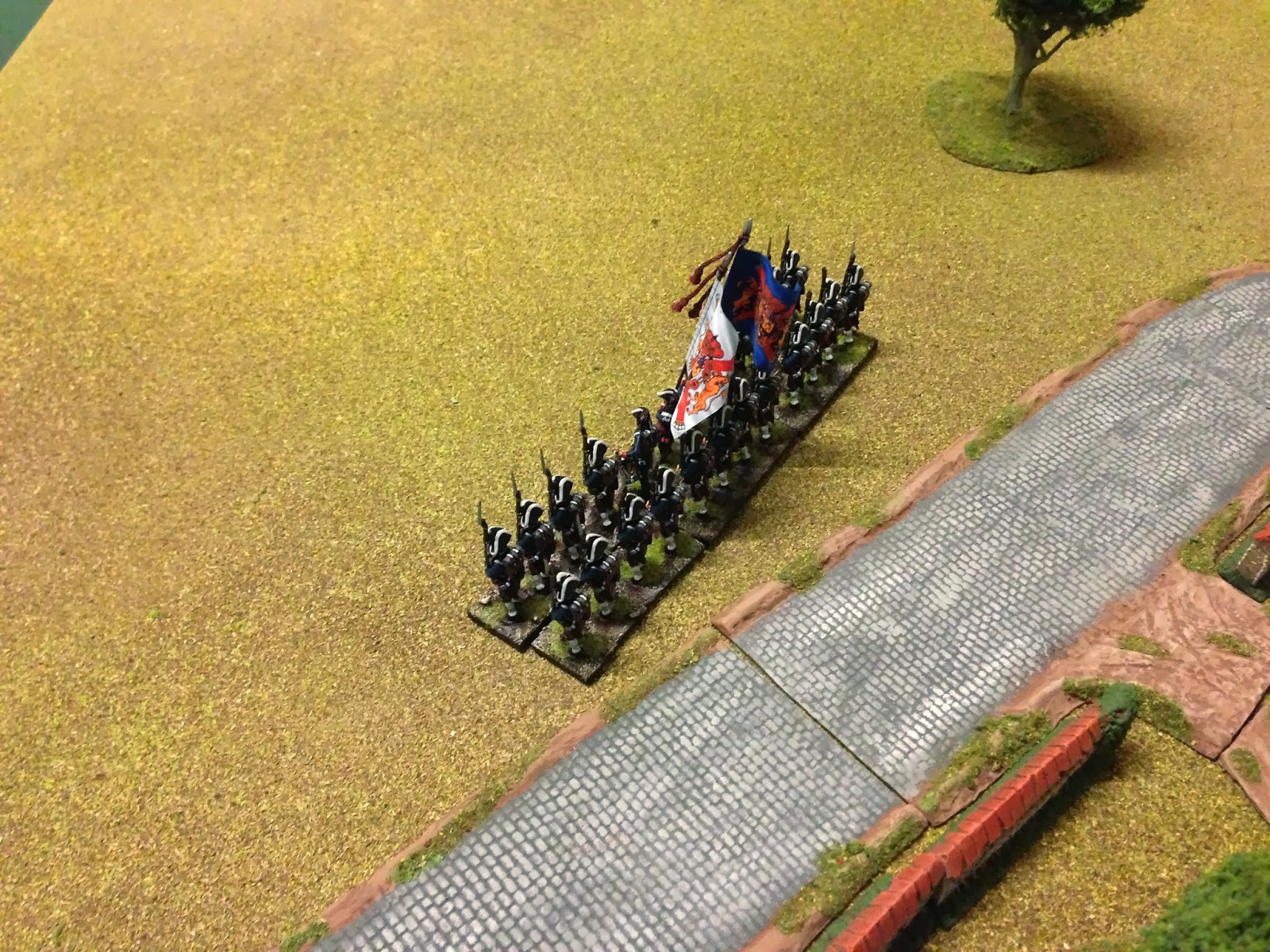 Now it's back to Front Rank, and the four militia battalions which I am hoping to have completed by the end of the month.