Possibly one of the biggest problems the Portuguese cavalry faced at the beginning of the Peninsular War was a lack of definition as to exactly what their role should be. While apparently quite able, they appeared to be expected to perform all roles from light hussars to heavy dragoons.

There was also a distinct lack of suitable mounts, which meant that most regiments remained under-strength for most of the war. That said, it could reasonably be argued that they acquitted themselves on most occasions with nearly as much effectiveness (not to greater mention restraint) than their British light dragoon counterparts.

I have settled on three regiments of Portuguese Dragoons in the 1st Alcantara, the 4th Mecklemburg and the 11th Almeida.

Firstly, the 1st Alcantara who were present at Albuera (although by then they were probably sporting a cylindrical British-style light dragoon shako), and outside Badajoz a few weeks earlier when they ably charged and engaged a regiment of French dragoons: 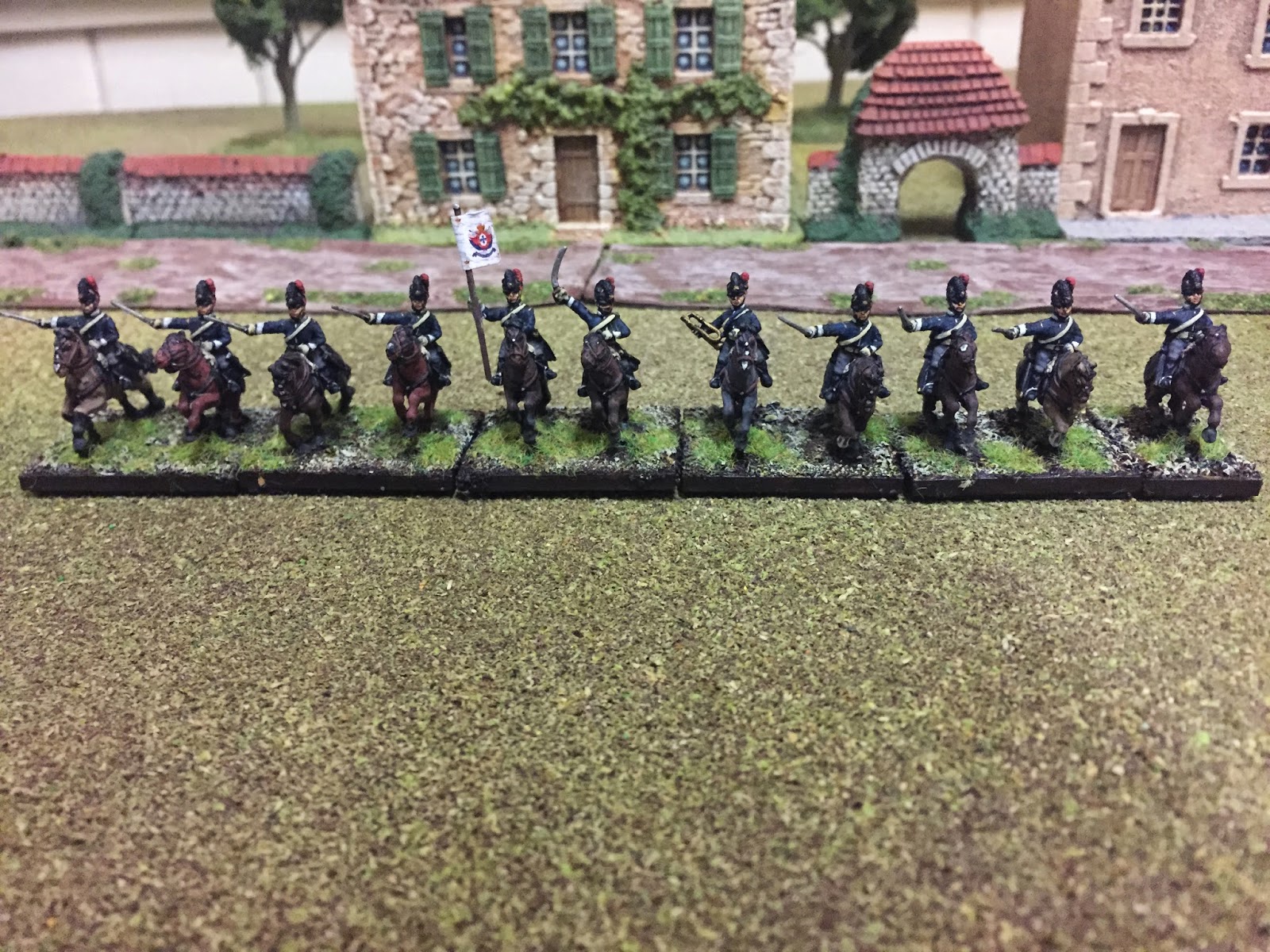 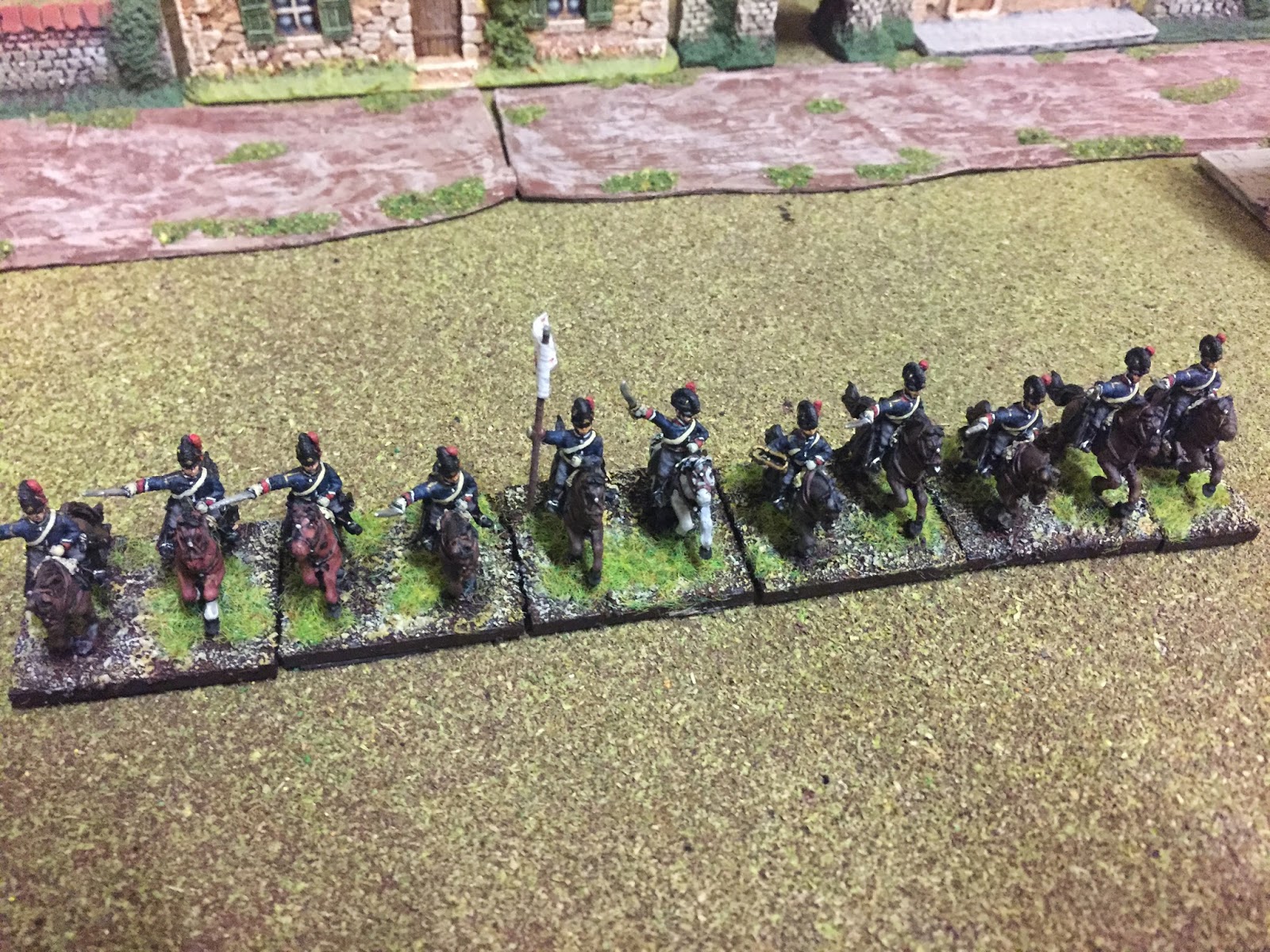 As with the artillery, I adapted some Essex British light dragoons, mainly to obtain the distinctive Tarleton helmet worn by earlier Portuguese dragoons. The main differences are that the British light dragoons had chords on their jackets, which were quite easily cut off with a Stanley knife, and that the Portuguese had brass shoulder straps, and which I have attempted to paint "free-hand": 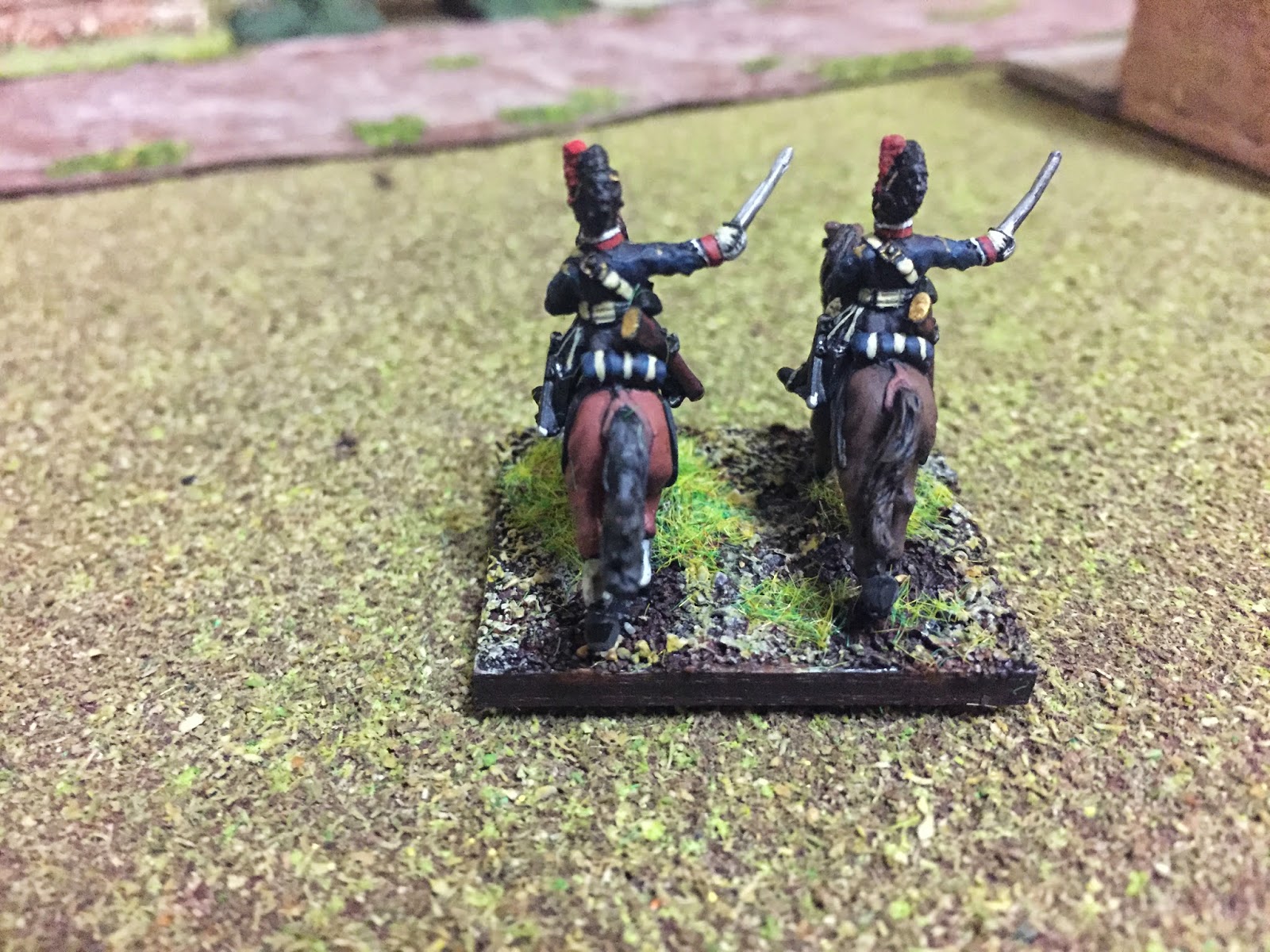 Finally, the 11th Almeida who, along with the 1st Alcantara, also fought at Salamanca: 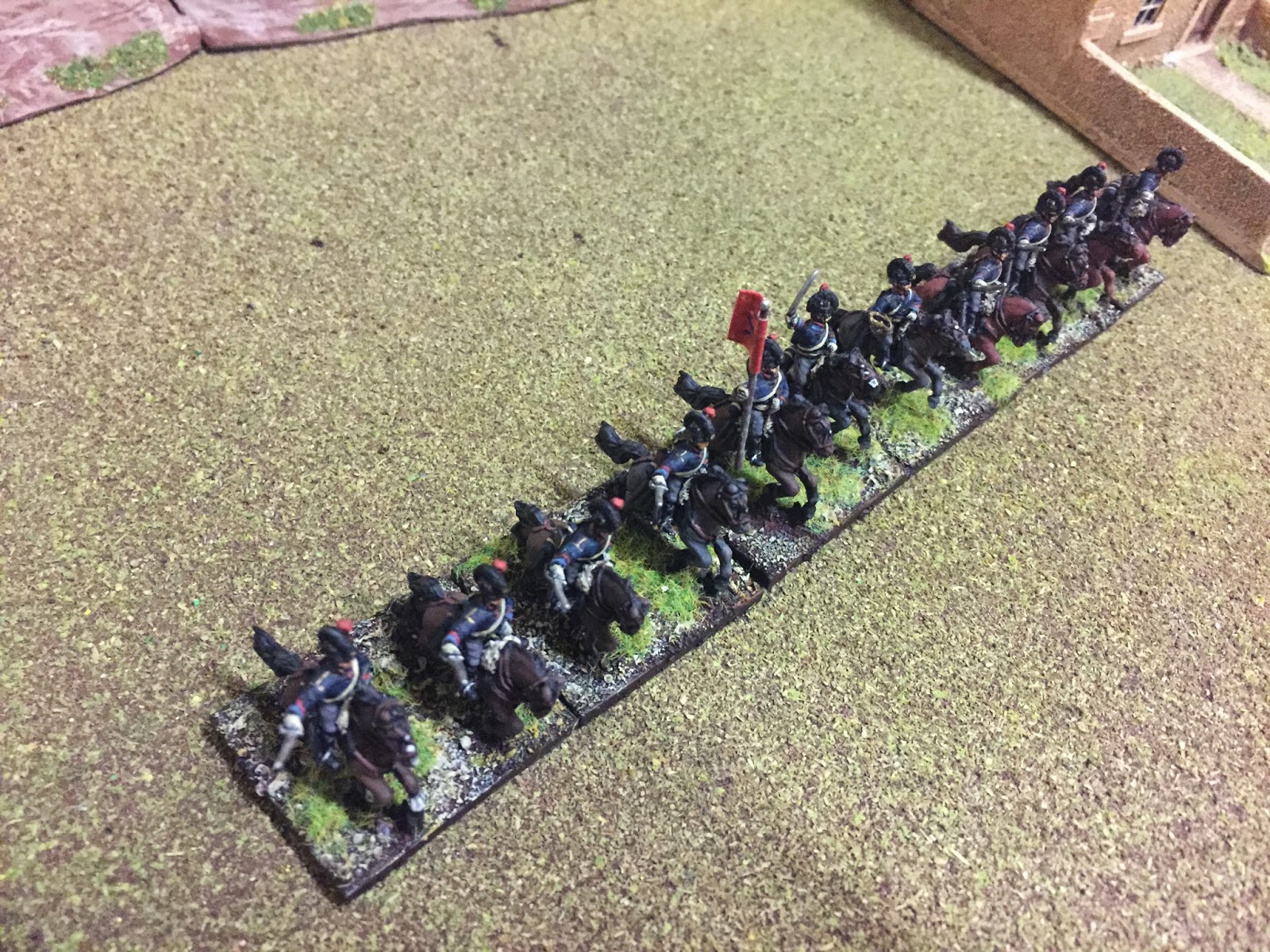 And all three together: 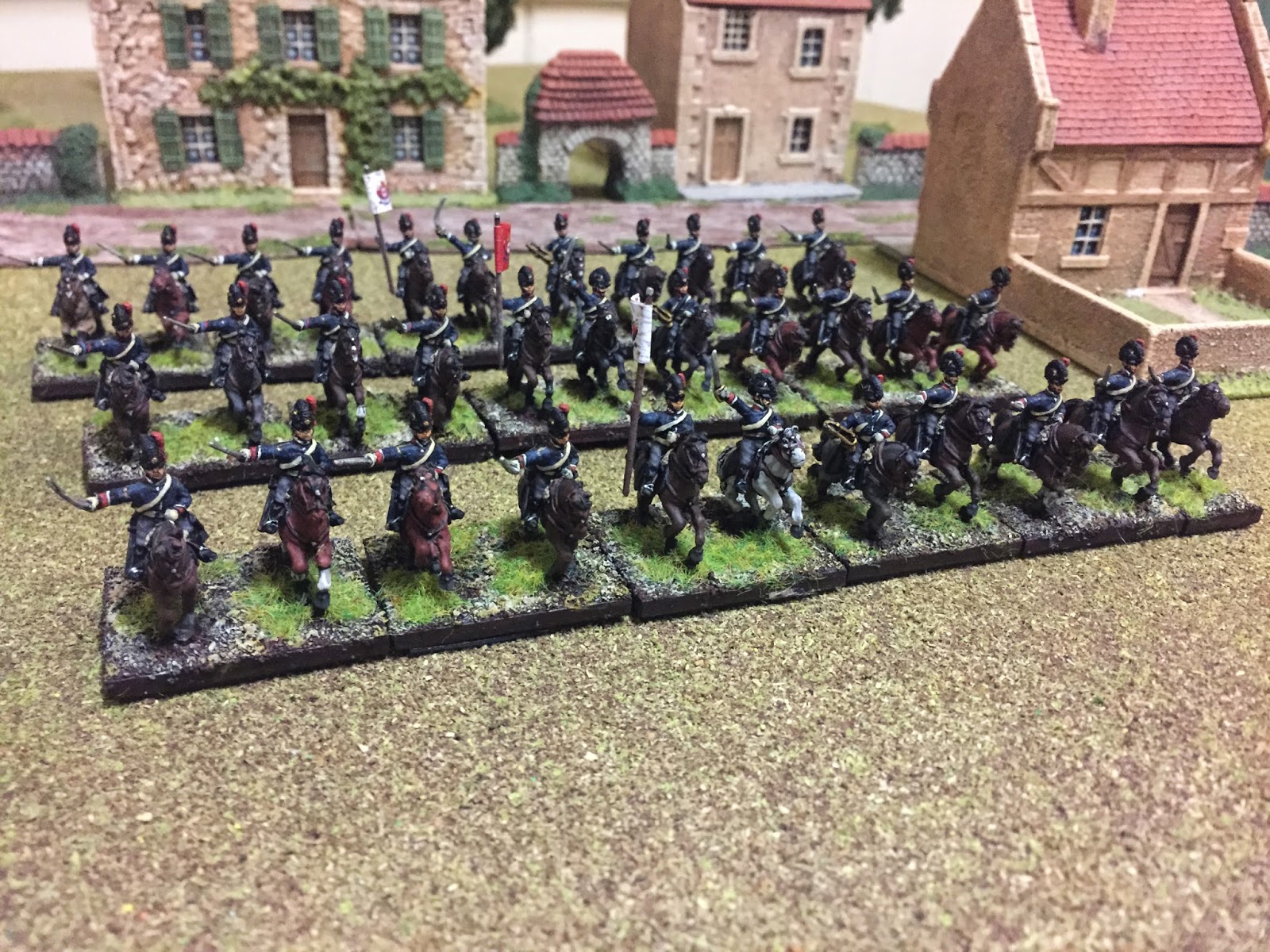 Well, that's the cavalry done, and probably enough for any Portuguese army. Now on to a few generals and staff...
Posted by Lawrence H at 03:31 5 comments: