I had been dreading painting the Villaviciosa dragoons as yellow is probably my least favourite colour to apply. I used a brown undercoat over an initial black spray (yes, I know), then a base colour of a deep yellow, and then went over twice with the top coat and a third time with some highlights. It probably doesn't show but at least the colour doesn't look washed out, which was my biggest concern: 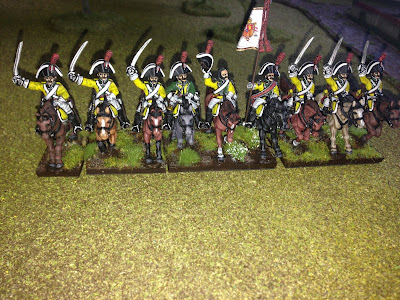 I reversed the uniform for the trumpeter and put him on a grey horse, although I suspect that by the time of Talavera the dragoons were probably just happy enough to have a horse. 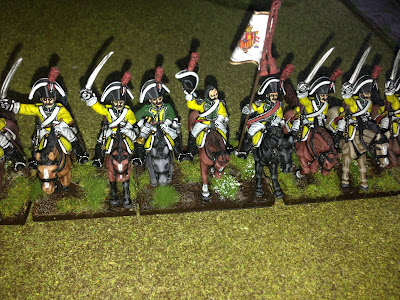 The figures are again Front Rank with the flag from Maverick models, this time a white squadron-style generic flag, 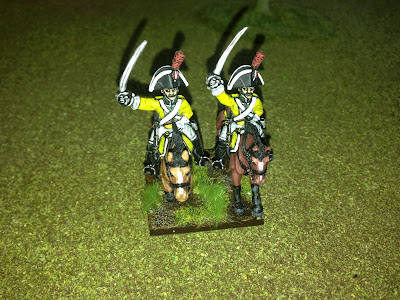 My base sizes are probably more a left-over habit from the 80's and with modern figures I find I do have to squeeze them on, which never seemed to be an issue with the older Minfigs we used to game with back then. That said, I don't mind the stirrup to stirrup look, so will probably continue with this approach, at least for the time being. 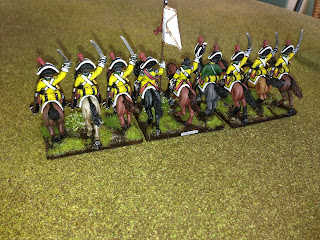 My second Spanish heavy cavalry regiment, again using Front Rank figures and a flag from Maverick Models, this one representing the Calatrava regiment: 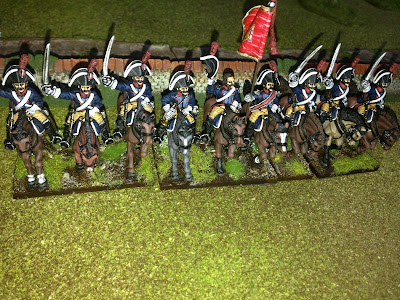 I think the blue and the white makes quite a nice sharp contrast on these, and was quite pleased with the way they turned out. 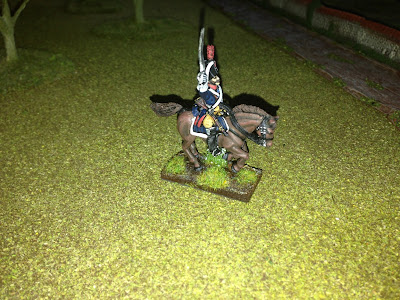 I decided to go with just nine figures for this regiment, representing a unit strength of 360 men. 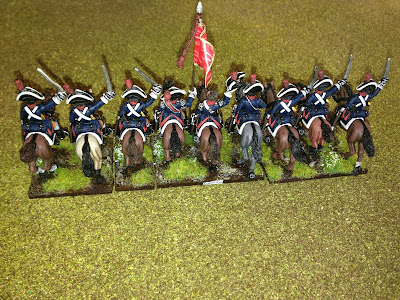 The first of my two Spanish heavy cavalry regiments, I decided to paint these as the Regiment del Rey. 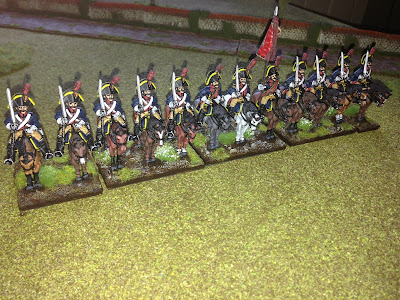 The figures are again Front Rank, and the flag is from Maverick Models. 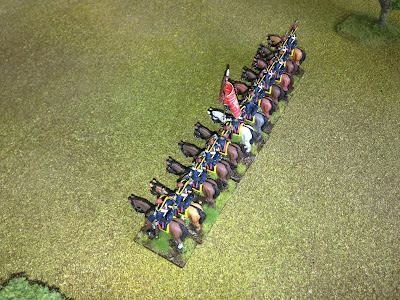 I decided to go with all twelve figures for this regiment to give me one full strength regiment which, at a 1:40 ratio, represents 480 men. 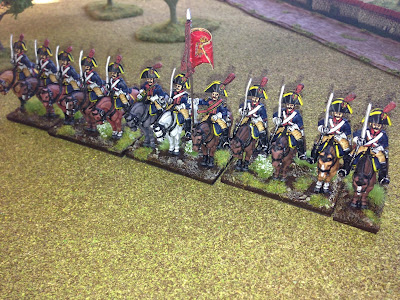 These are probably the fiddliest I have done for the Spanish, and the yellow piping and lace didn't help as I found I had to go over it three or four times to give it some depth: 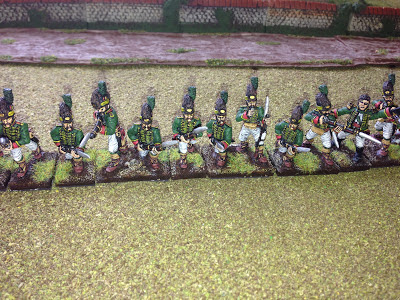 While I wonder how many were still knocking about in this uniform by 1809, I am not altogether unhappy with the result and they do provide some welcome variety. 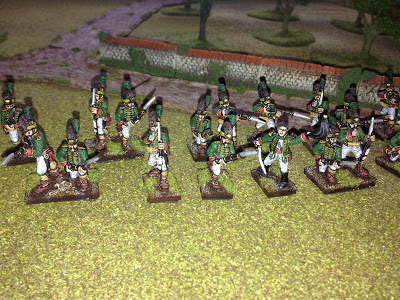 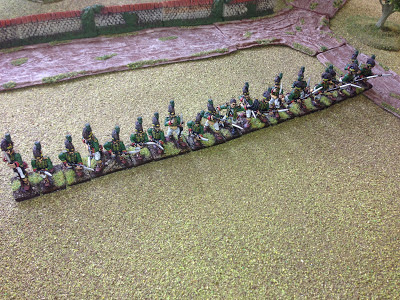 The last couple of my Spanish line regiments completed.

First Reina, with the high and low porte pose as modelled by Front Rank which I really like: 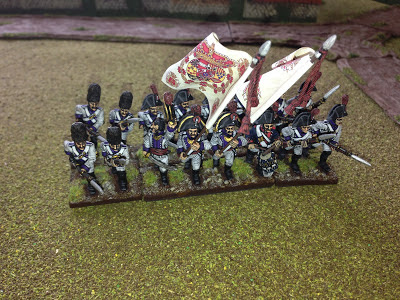 Flags by GMB, as with the rest of the line to date: 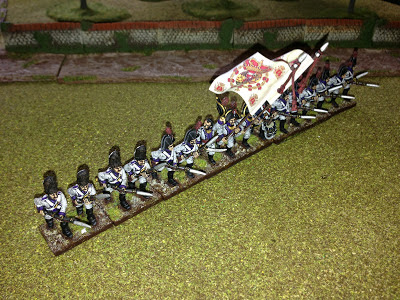 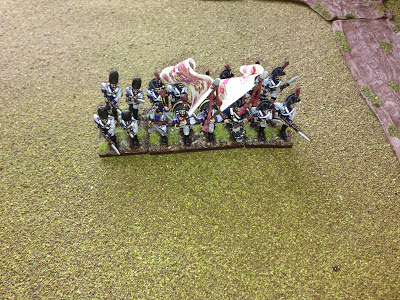 I finished Sevilla a couple of weeks ago, from left-over figures. I never seem to be able to order exactly the right amount, and for some reason I have also ended up with a surplus of fourteen standard bearers and half a dozen drummers. I'm really not sure what I was thinking at the time I ordered them: 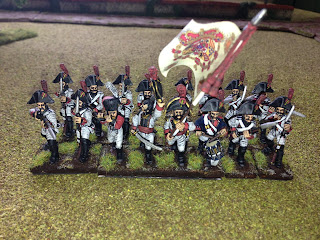 This now equates to twenty-one line and two light battalions completed, which should be more than enough for my gaming requirements: 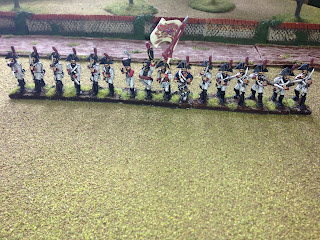 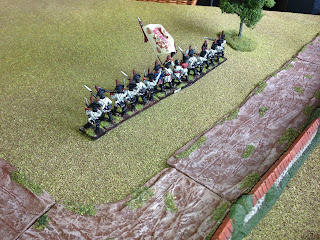 Now I have to get started on the cavalry and artillery, plus a few units of the Guard.
Posted by Lawrence H at 03:33 No comments: