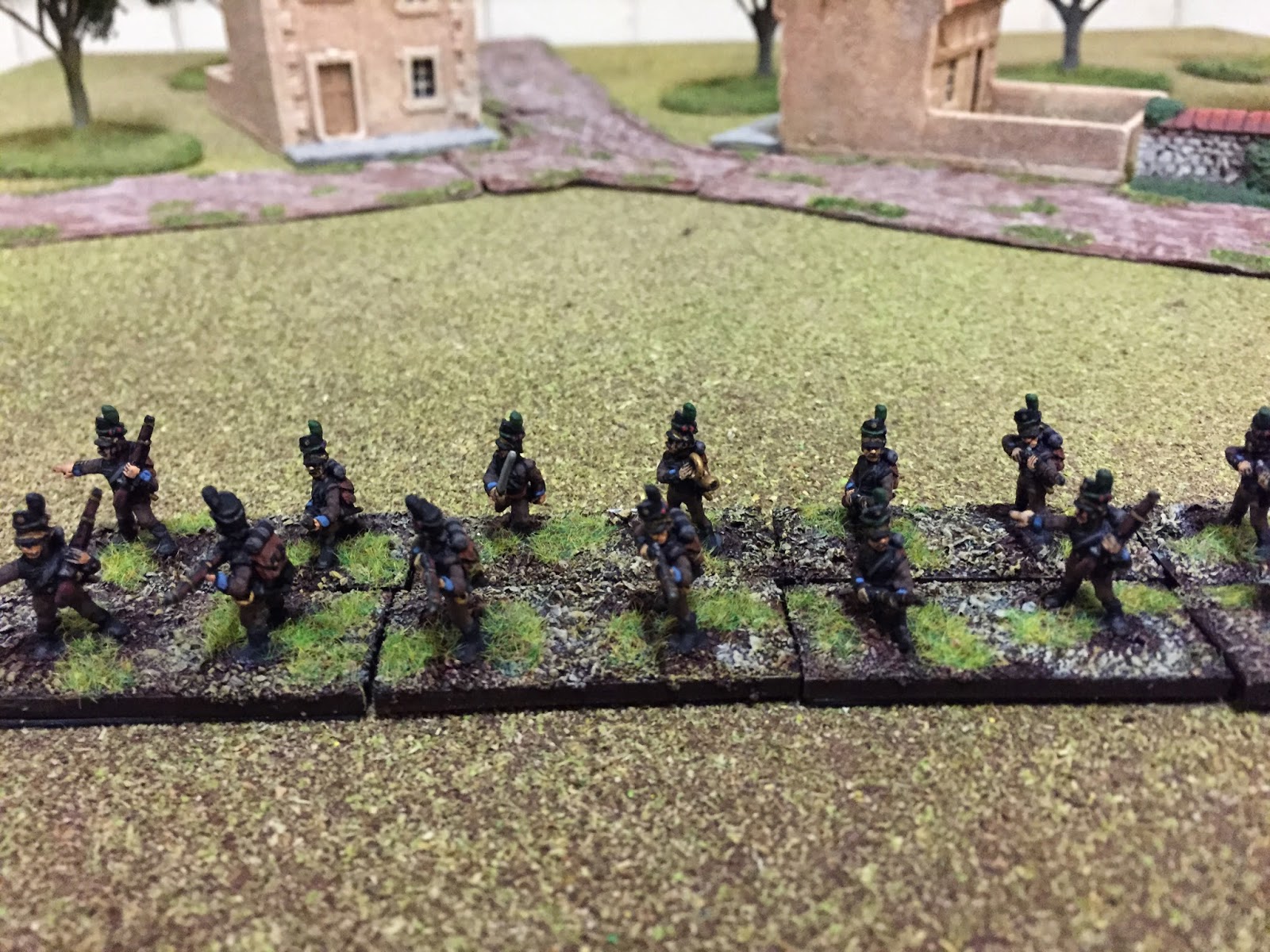 The Portuguese Cacadore regiments were comprised of one battalion each, and distinguished themselves in many battles in the Peninsular and Southern France. One of the most distinguished is the 2nd Moura regiment which saw action at the battles of Bussaco, Salamanca and Vittoria among others: 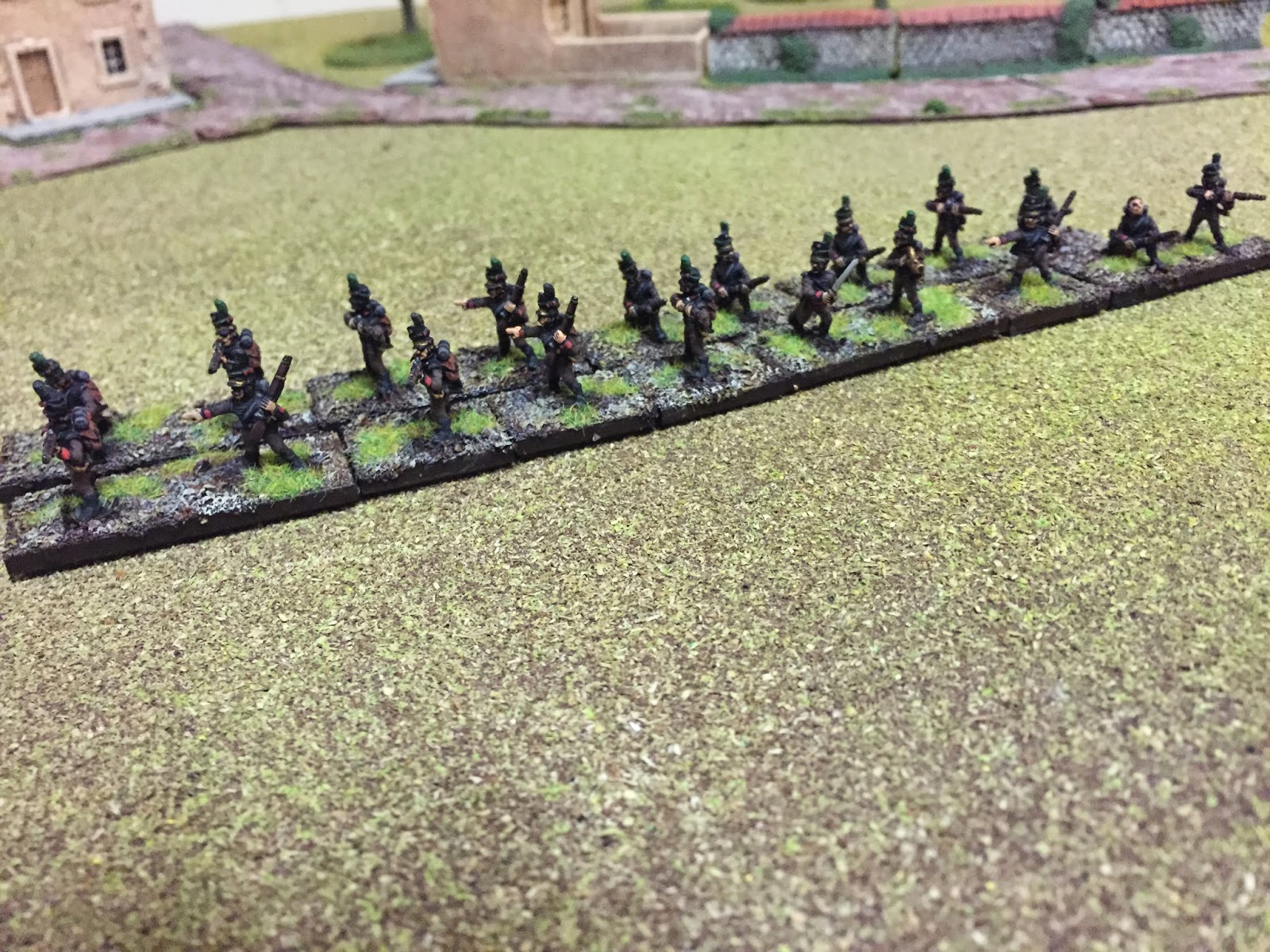 The 4th Viseu is quite similar to the 1st, but with a Light Blue collar instead of brown: 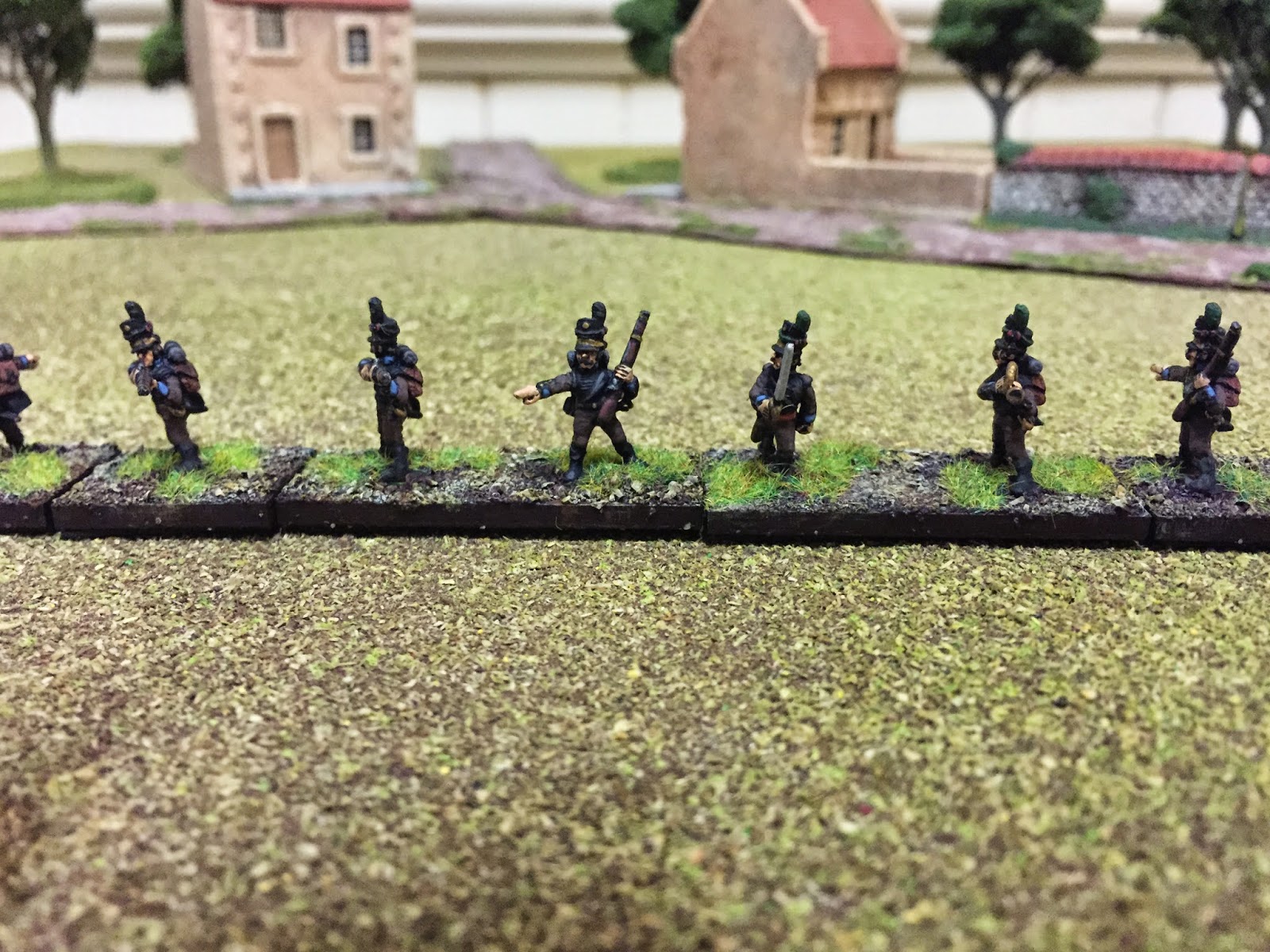 While the 5th Campo-Mayor is the same as the 2nd, but with a red collar: 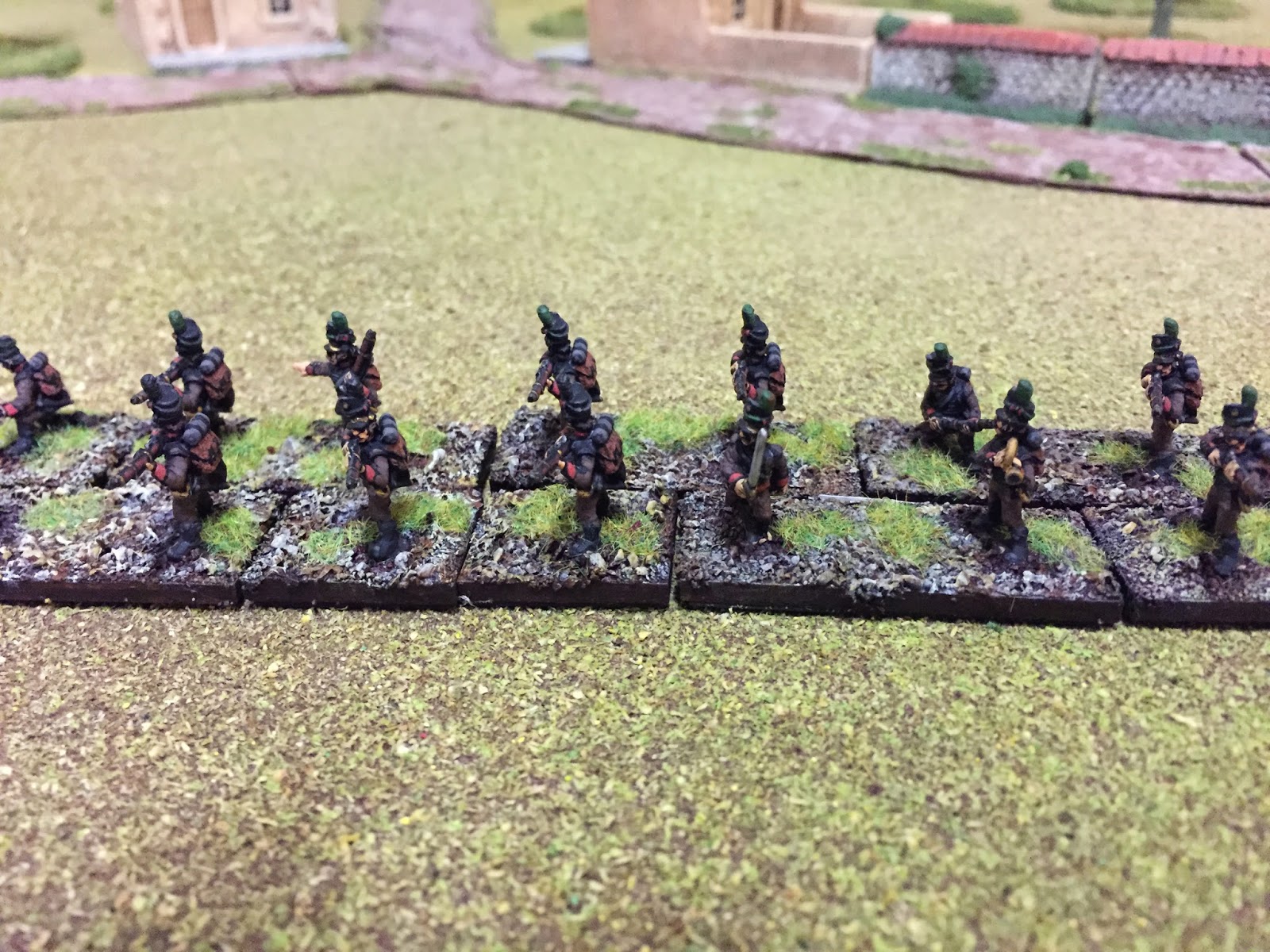 One company in each battalion were armed with rifles, which is a nice surprise for an unsuspecting opponent. These troops were distinguished by black shako chords and plume: 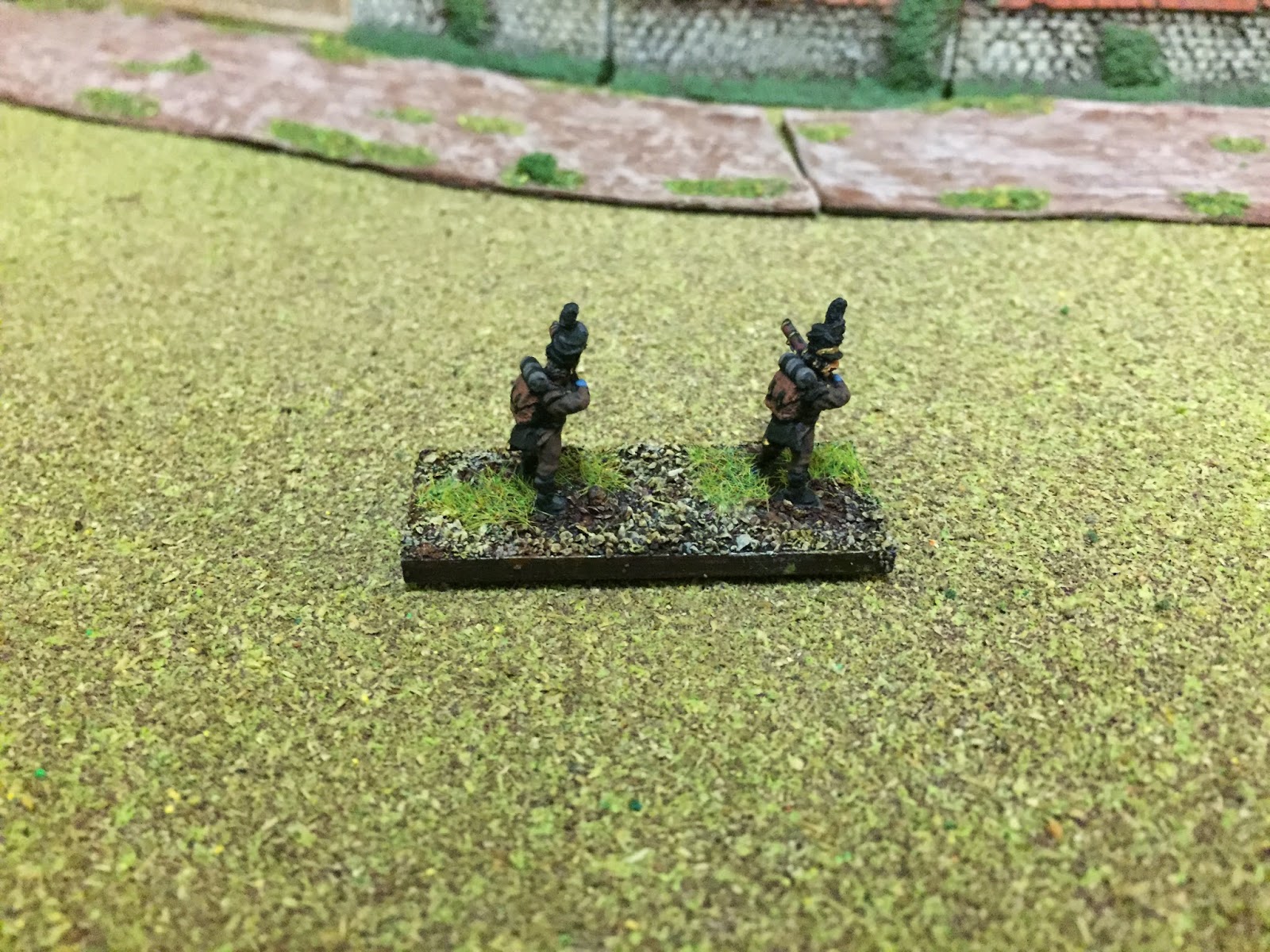 The Essex figures are quite good, if a little smaller than their equivalent AB figures, but mounting them on a 3mm base gives them a bit more height: 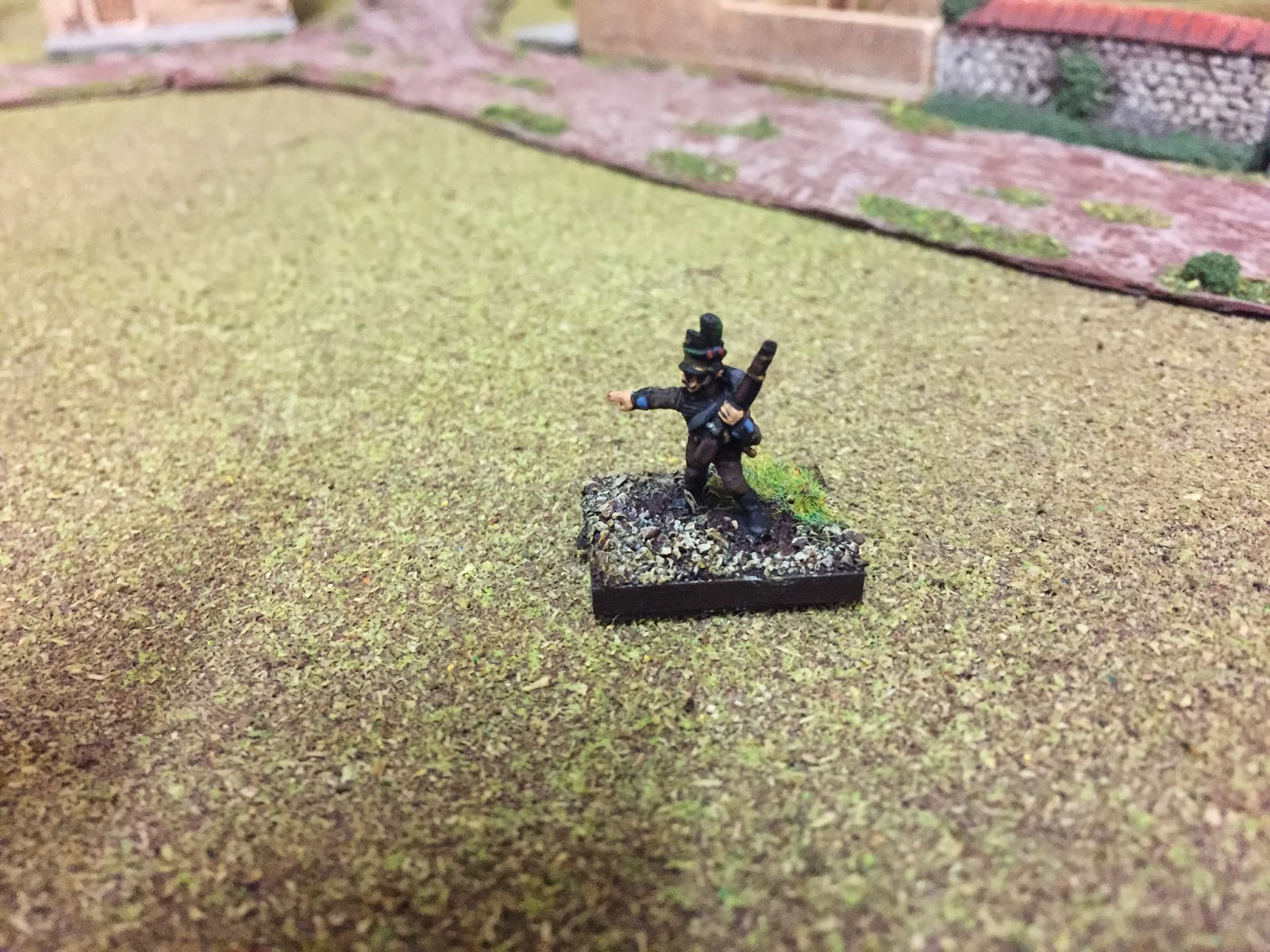 Another five Cacadore regiments to go, which is probably disproportionately too many but I appear to have accidentally over-ordered somewhere along the line. Hopefully I will have them completed over the Christmas break and can then move on to some artillery and the cavalry.
Posted by Lawrence H at 00:55 2 comments: