A quick post with a second regiment of Portuguese dragoons completed, this time the 4th Mecklemburg: 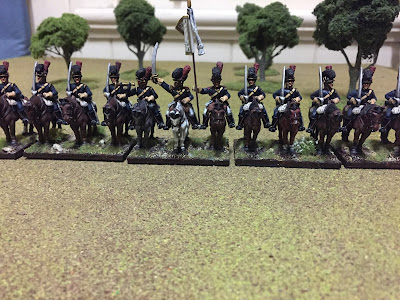 The regiment was apparently present at Fuentes De Onoro under Barbacena with (according to Oman) a mere 104 men, and weren't much engaged after that: 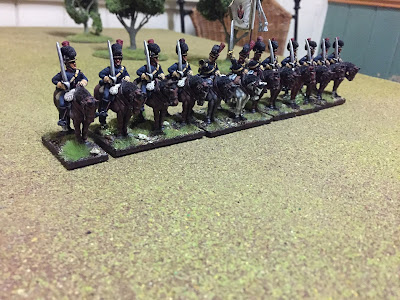 The 4th however represents another of the cavalry regiments from the Central Division, so it is possible that what few mounts they had may have been absorbed into other regiments. 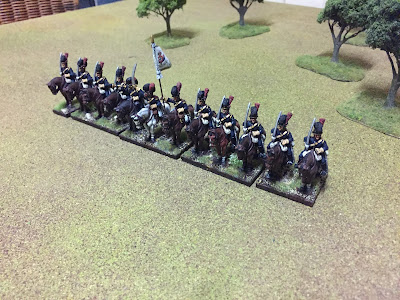 The white piping is indicative of the Central Division, in this case with a red collar: 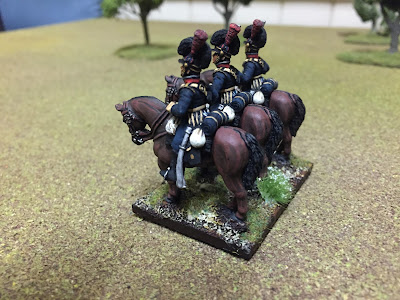 I have again utilised the Front Rank "at rest" figures for them, which I quite like even though the pose is perhaps a little less dynamic than some others: 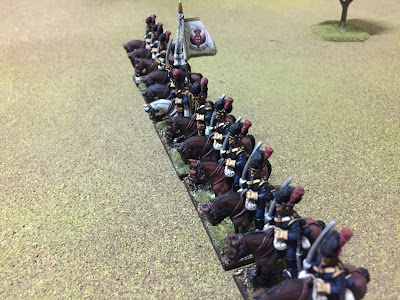 That's two cavalry regiments completed now, with just the 11th Almeida to go. Hopefully I'll have them completed in the next week or so.
Posted by Lawrence H at 05:18 6 comments:

The first post for a while as life does have a habit of getting in the way, luckily for all the right reasons so I'm not complaining. I managed to complete the first of three Portuguese cavalry units the week before last in the form of the first Alcantara: 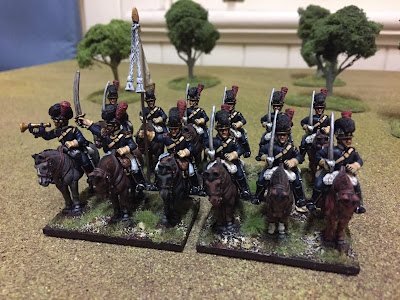 The regiment was present at Albuera as part of Otway's brigade, and saw action at Salamanca as part of D'Urban's brigade under whose command they remained throughout the Vittoria campaign: 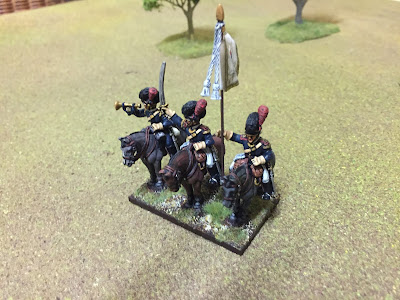 The Portuguese dragoon uniform is relatively uncomplicated, with the main distinction being the facing colour and piping. In the case of 1st Alcantara these were white: 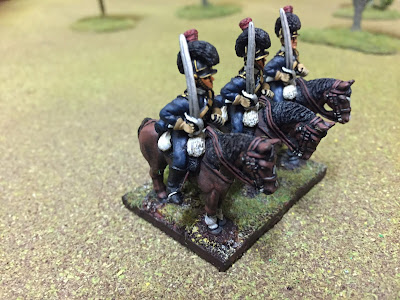 Which indicated that they formed part of the Central Division: 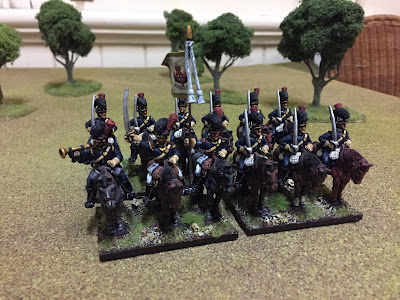 That's the first of them done, with two more regiments to go. They are probably a little on the large size as far as Portuguese regiments go, but it is obviously an easy thing to remove a few figures when they are not required.
Posted by Lawrence H at 05:15 16 comments: