My pace has slowed a little over the past month due to a combination of work and family commitments, plus some assignments that have fallen due as part of the second year of a law degree that I decided to take up last year for the sake of something a little different. I have however managed to complete the 88th Ligne which is the last of the line regiments that formed part of Girard's division at Albuera, alongside the 34th, 40th and 64th: 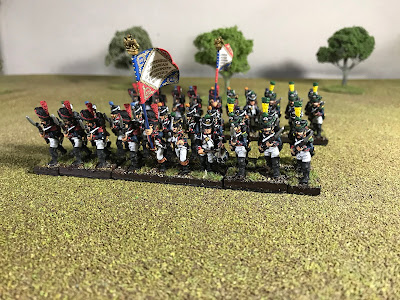 The grenadiers in this regiment apparently wore the bearskin caps, so it was a good opportunity to include some of these instead of the usual shako-wearing figures: 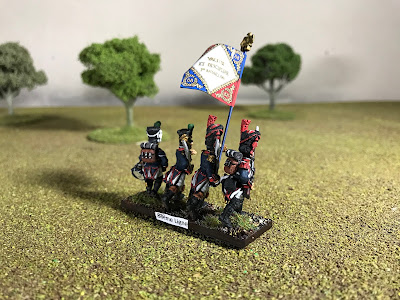 These are the Perry-sculpted Foundry advancing figures which are nicely detailed, although there were a few "chunks" at the back of the right arms on a few that were a little too difficult to cut out in some cases, but luckily the French dark blue obscures most of this quite nicely. 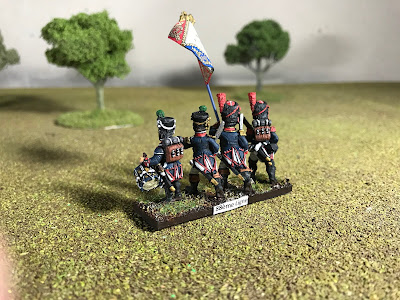 That's five regiments or ten battalions completed, so not bad progress for the year so far: 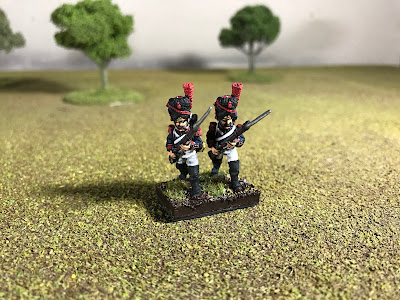 I have a couple more on the painting table so might get those out of the way, and then get stuck into some English Civil War foot regiments I spent a day prepping a couple of weekends ago for a change of pace.
Posted by Lawrence H at 17:31 8 comments: