The output for November has been a little slow, mainly due to the family heading off for a quick two-week break in New York, which we all thoroughly enjoyed. I did however manage to complete the last of the Gallic cavalry with forty-eight of the Xyston unarmoured figures, on sixteen bases of three figures each: 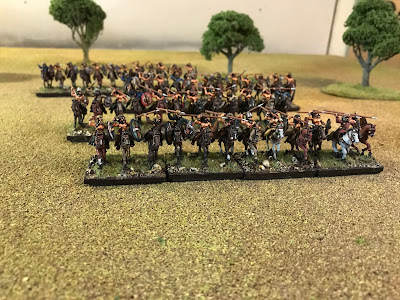 Once again a selection of four figures in each pack, which I find helps maintain interest while allowing for some variety in basing: 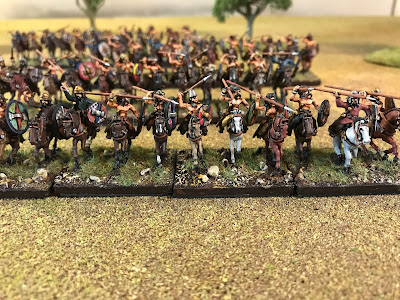 The shield designs are by Little Big Men Studios. These fitted most of the shields perfectly, although there were a few larger shields supplied with these figures which required some blending around the edges (although not seen here): 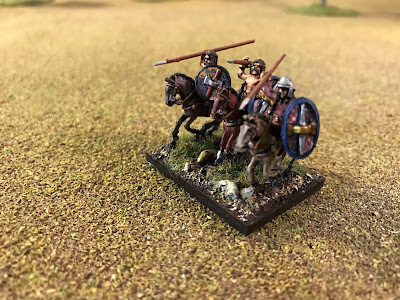 That's the last of the Gallic cavalry, with sixty-nine figures or twenty-three bases in all, this addition represents all that are planned for the Gauls cavalry-wise, chariots aside: 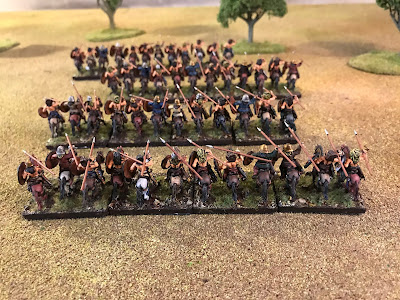 Back to New York for a moment, though. This was my first visit there and I was pleasantly surprised how welcoming everyone was, given how busy it is. We did the touristy stuff; took in a show at Broadway (The Lion King), ate at the New York diners, walked through Central Park in the snow and went to the Met, where I found this: 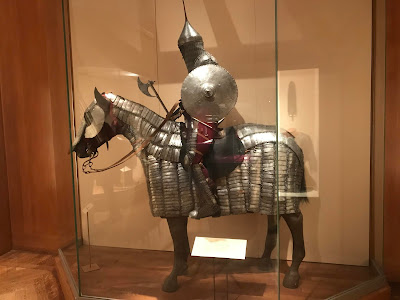 A composite figure, but great to see up close having recently completed a 28mm Ottoman Turkish Army.
Posted by Lawrence H at 02:46 10 comments: