While I await the arrival of a GMB flag order to complete the last of the dragoon regiments I remembered I have a few chasseur flags on hand, so thought I'd get stuck into the first of three chasseur regiments with the 1e Chasseurs: 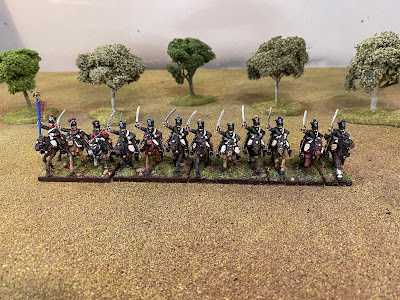 Probably not the most exciting of French cavalry uniforms, but no French army would be complete without them: 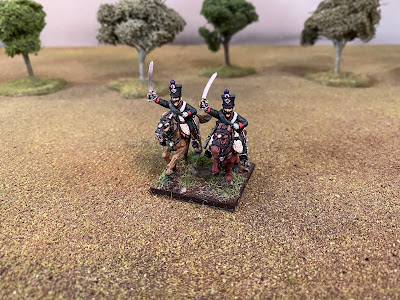 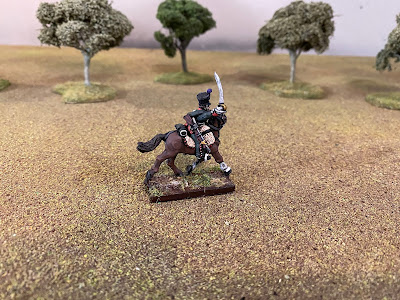 The reverse trumpeter at least adds a little bit of interest, and the GMB flags always look effective: 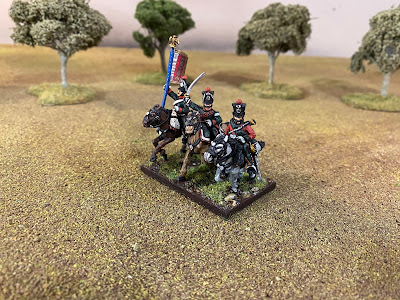 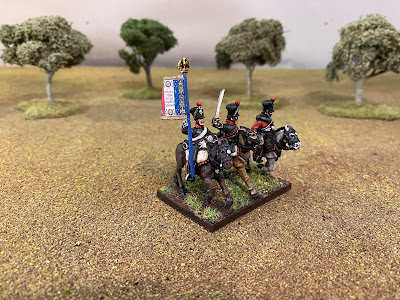 That's fourteen regiments now completed since January. Not as many as I had hoped for by this stage, but at least I am over the halfway mark in terms of French cavalry: 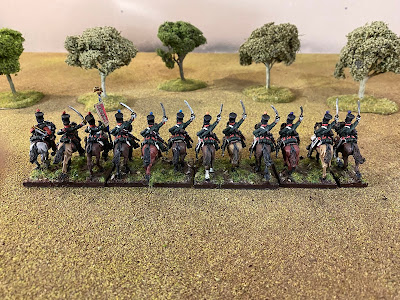 Next up will be the dragoons. We have been subjected to a short four-day (so far, anyway) lockdown here in Brisbane during which postal deliveries have been suspended, so I am hoping  next week will see their arrival. Having said that it has now been four months since they were posted so I may end up just using one of the spare chasseur flags, if I can find one with roughly equivalent battle honours.