I got a little stuck halfway through this one. Not through a lack of motivation, but rather a lack of time. Still, it was nice to see it completed to keep the project moving: 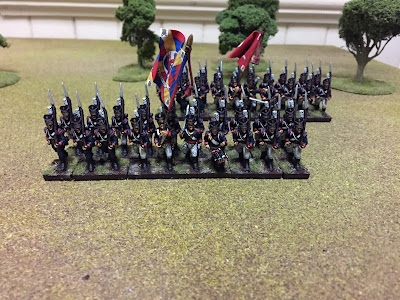 The 5th/1st Elvas were engaged at Albuera, suffering losses of around 60 officers and men from a total complement of 925, which is quite light in comparison to losses elsewhere on the field that day. As part of the Southern Grand Division they had red piping and carried a regimental standard of the same colour: 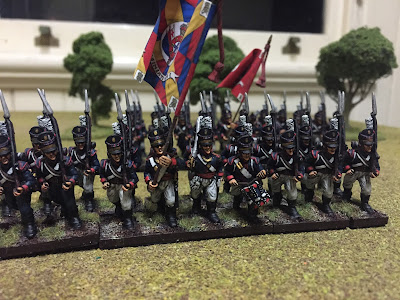 It does seem strange that they don't feature prominently in later battles, such as Salamanca and the Battle of the Nivelle, especially given that a large proportion of the Portuguese army was engaged in the latter. 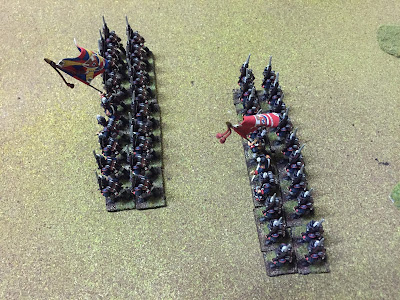 Since I am roughly modelling my Portuguese on Albuera however, I wanted to include them. Aside from anything else, it also means that, numerically speaking, I have now completed the first five regiments of the Portuguese. 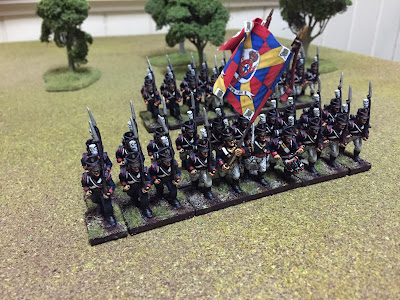