The next French regiment completed, the 64th Line were present in Girard's division at Albuera alongside the 34th, 40th and 88th Line: 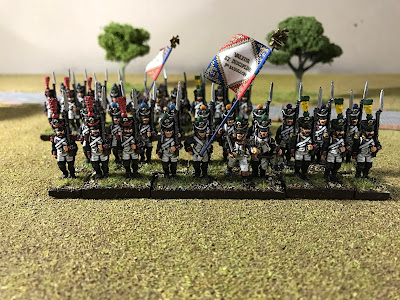 Since I have already completed the first two regiments, and have the 88th on the painting table at the moment, I have just realised that at some stage it must have been my plan to put together the first division, especially given that Albuera is one of my favourite Napoleonic battles. I can't remember actually deciding upon this which is slightly worrying, and have simply been painting the regiments according to the GMB flags that have been sitting in a drawer for the last six or seven years: 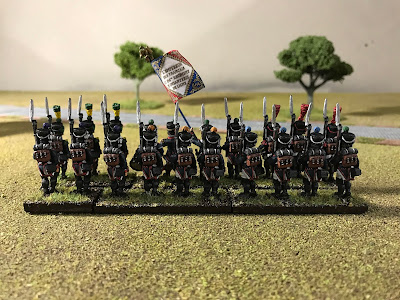 I put some of the Foundry "under-fire" figures, which thankfully I could remember having purchased some twelve years ago, into the second battalion to provide a bit of variety: 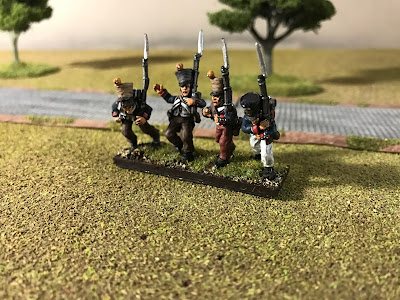 I really like these figures and they are nicely animated, even if the one second from the left looks like he has slipped on something unpleasant: 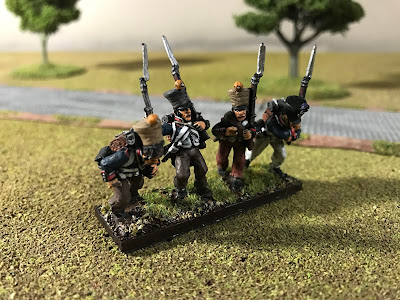 That's four regiments now finished, with the 88th hopefully to be completed before the end of the month.
Posted by Lawrence H at 03:17 7 comments: