I enjoyed painting the 2nd Cacadores, comprised as they are from Front Rank's Portuguese Cacadore skirmishing figures which offer a reasonable variety of poses: 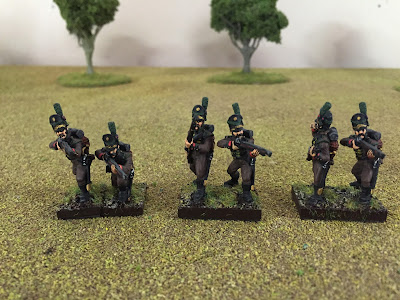 It was also nice to switch to red facings, even if it is only the cuffs in this case: 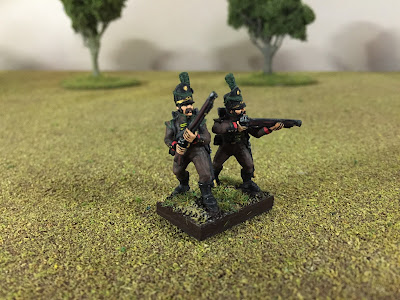 From Oman it appears that the 2nd saw service under Coleman at Bussaco, Doyle's brigade under Houston at Fuentes de Onoro, Collins's brigade at Slamanca, Lecor's brigade under Dalhousie at Vitorria, and then back under Doyle for the battle of the Nivelle and Orthez: 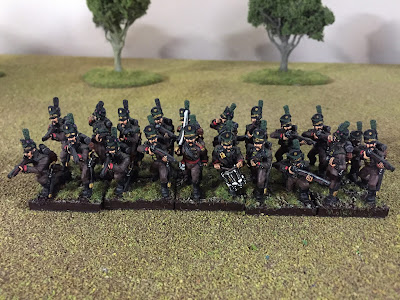 Reading the Oman OOBs it is quite apparent how British trust in the Portuguese manifested itself over the course of the Peninsular War in the establishment of brigades formed solely of two Portuguese line regiments supported by a regiment of Cacadores, which continued to acquit themselves with the utmost distinction: 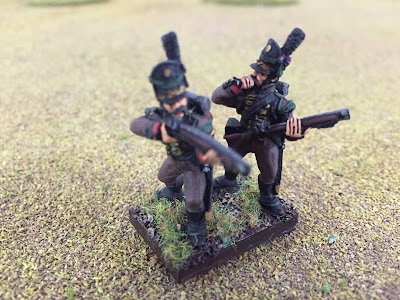 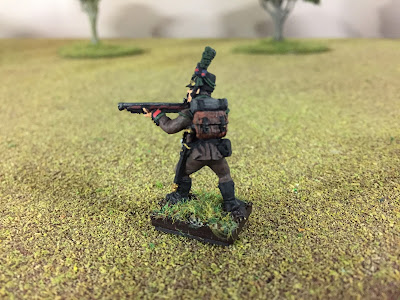 The 5th will be the next unit, mainly because they also have red facings, after which I am planning to complete the famous 3rd regiment alongside the 6th Cacadores.