A quick post on my final batch of  15mm Medieval English Longbowmen. I wanted to slip these in before I got started on a Teutonic army as I know if I leave them too long I will forget what colours I used on the previous group, and how I tackled the figures: 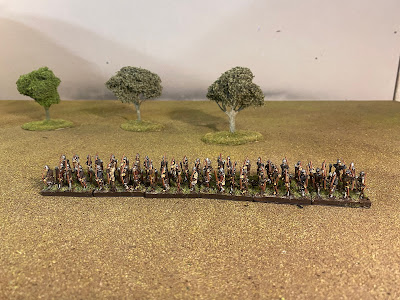 I know others keep a record of the colours, but the details on each figure and my interpretation of what they represent is also the type of thing I find difficult to remember if I have left it too long between batches: 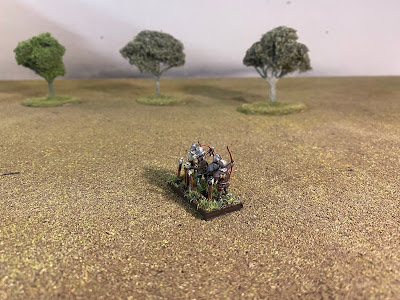 The figures are again from Khurasan and were great to paint: 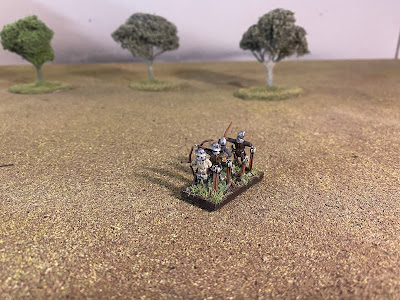 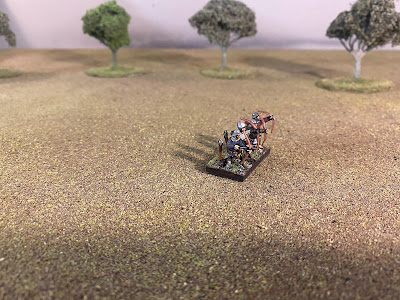 That's another twelve elements, or 48 figures, completed to provide a total of 24 elements and 96 figures of English longbow: 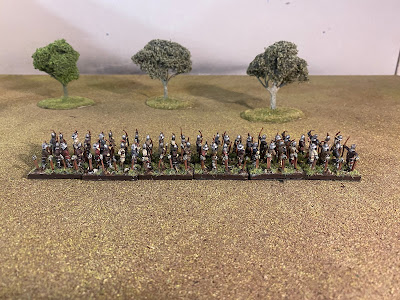 Here they are with the original group. At least I know I have the nucleus of an English 100 Years War army now completed and a useful contingent of allies for the many other medieval army lists in which they make an appearance: 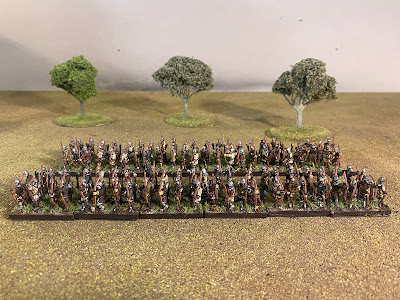 I think I'll carry on with medievals for a little longer, while I still have the motivation, and have made a start on the Teutonic army. Hopefully more on that within the next week.

I had originally hoped to have this army completed by the end of August, but effectively finished three weeks into September, so just over three and a half months. I enjoyed painting this army and they have ventured on to the field for a glorious win against some 100 Years War English, so I thought it time to organise a quick parade of the finished project: 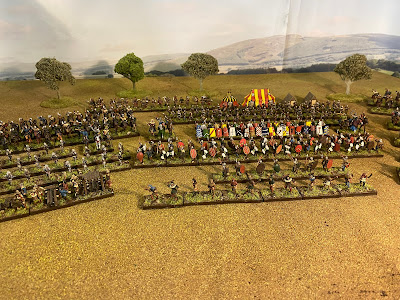 The figures are all Khurasan, with the exception of the artillery which is from Essex Miniatures and the camp items which were purchased from Baueda: 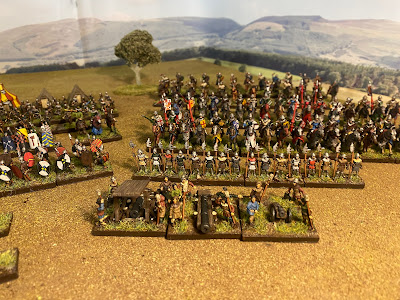 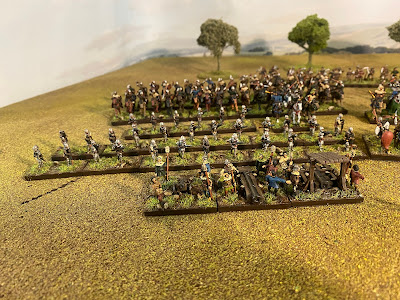 I used a mixture of Little Big Men Studio and Pete's Flags designs for the knights pennants and some of the shield designs. Pete gave me his blessing to shrink them down a couple of sizes and even offered to do them for me which was extremely nice of him, but I took them to the local Officeworks and for a couple of dollars gained access to one of their high quality copiers: 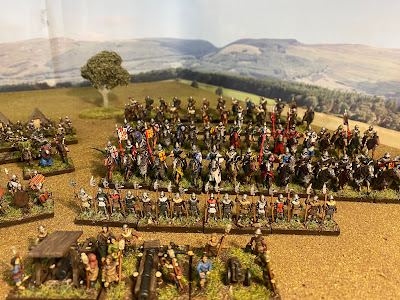 I found this to be quite a manageable project, mainly because there were not masses of any one particular troop type, so the variety kept my interest levels up: 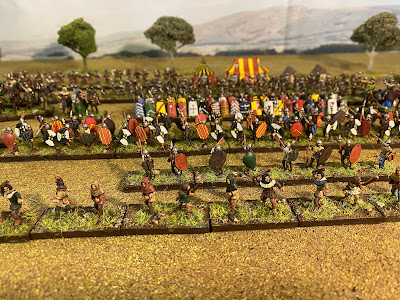 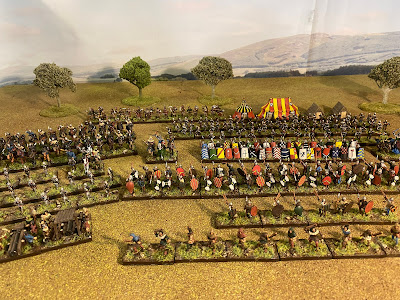 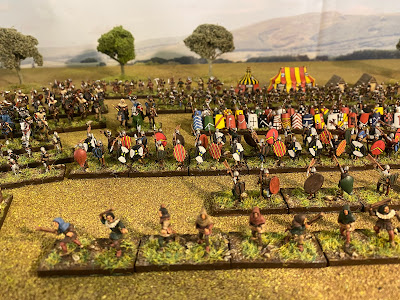 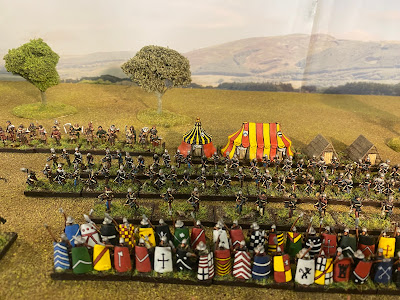 In total there are 498 figures, comprised of 105 horses and 393 foot and mounted figures: 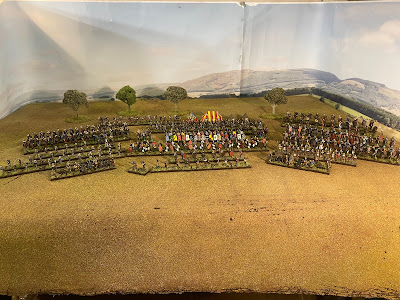 Next up will be the last of the English longbowmen which will form the nucleus of that army, and then I'll stick with Medievals until Christmas and try to complete a Teutonic army which I have dragged out of the pile and started assembling, and am quite looking forward to getting stuck into.
Posted by Lawrence H at 02:21 18 comments: