Having completed the Principes last week and reached the halfway point on this project, I thought I'd put all the legionaries together for a few group photos (and thank you again to Jonathan of Palouse Wargaming Journal for the thumbnail tip): 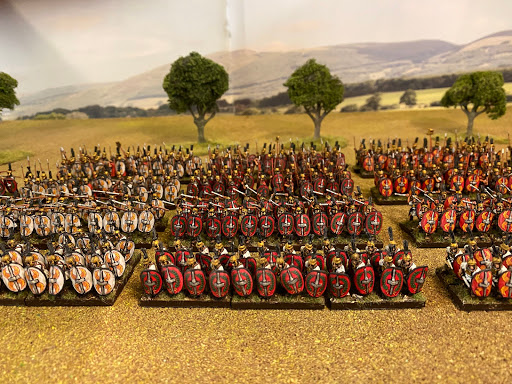 As with the rest of the project, the figures are all Xyston and the shield transfers by Little Big Men Studios: 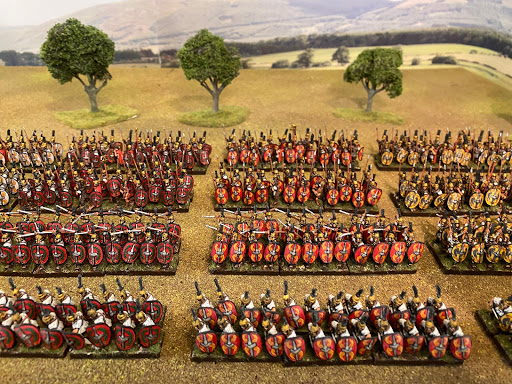 There are essentially four legions in all, with the first two lines being hastati, the third principes, with the triarii in the last rank: 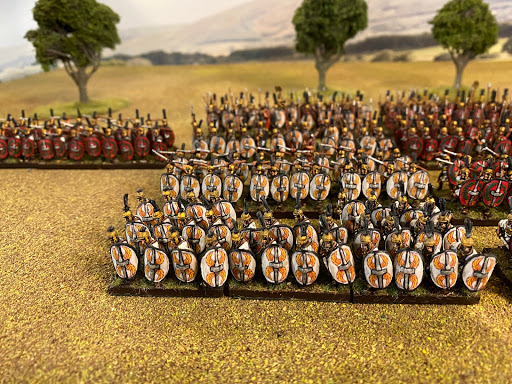 The unit out on its own to the left are pilum-armed principes for use in later Republican Roman army lists as I intend for this army to cover all options from Camillan to the later Marian reforms: 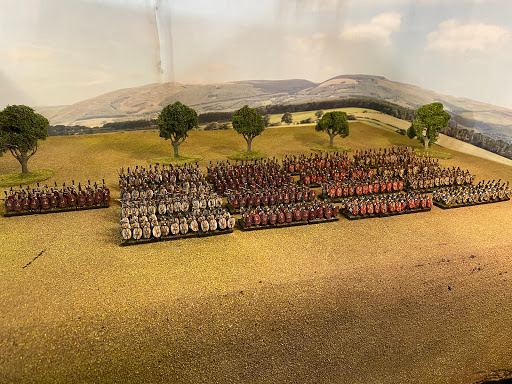 All up this represents 106 elements or 424 individual figures. I have certainly had my fill of cutting and positioning LBMS shield transfers for now, although I do think they give the figures an extra lift and are worth the effort: 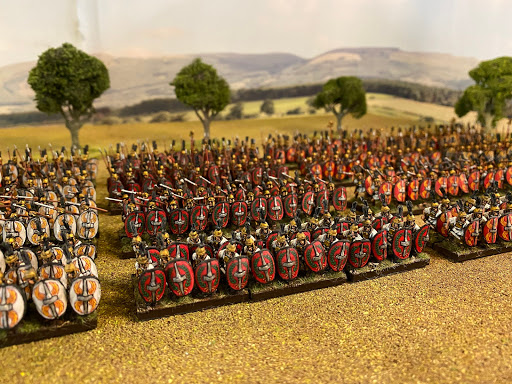 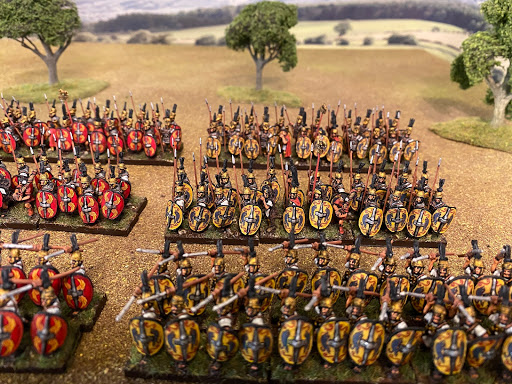 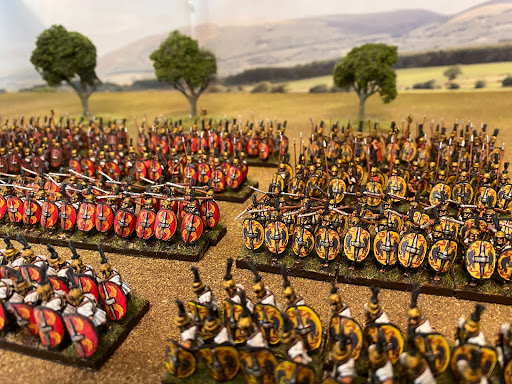 That's a large part of this project finished, although I estimate I still have around 400 figures to be completed. Thankfully there is a bit more variety in the remaining troop types, including some Italian allies and a penal legion: 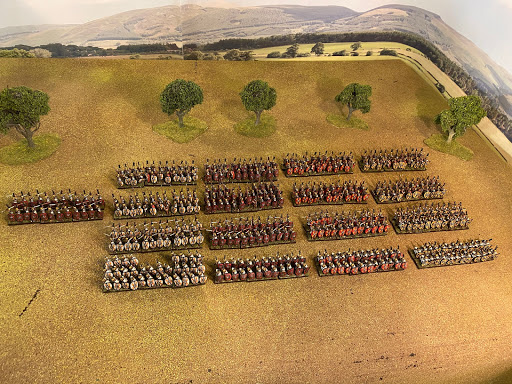 Next up some Accensi for use with the early list which involves the last of the LBMS shield designs, for this army at least.
Posted by Lawrence H at 19:46 24 comments: 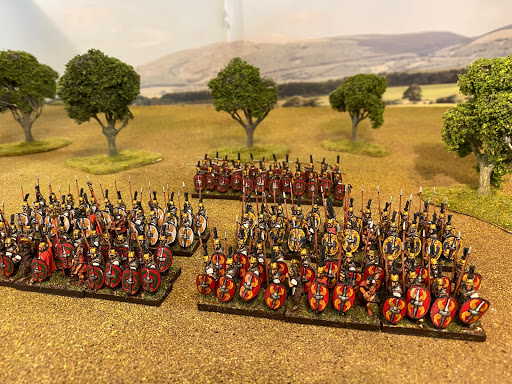 I knew this Republican Roman army was going to be a slog, but I feel as though I have broken the back of it with the completion of twenty-eight elements of Principes, totaling one hundred and twelve figures. Four of the units are spear-armed, shown here with some earlier completed command stands: 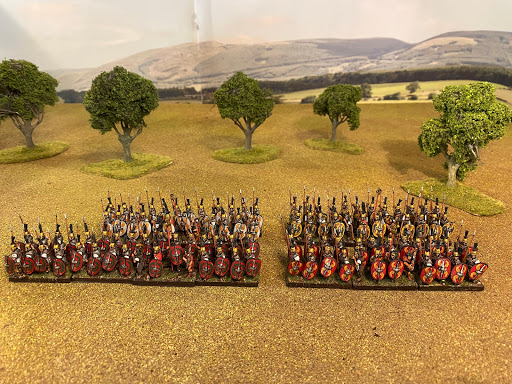 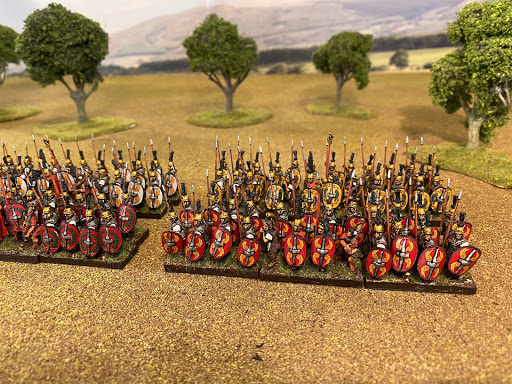 I must have over-ordered by one packet, so included them as extra elements for one of the legions: 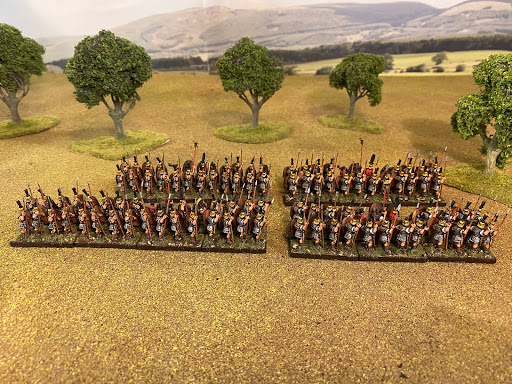 I also completed one unit armed with pila for use with the later Marian Roman DBMM list: 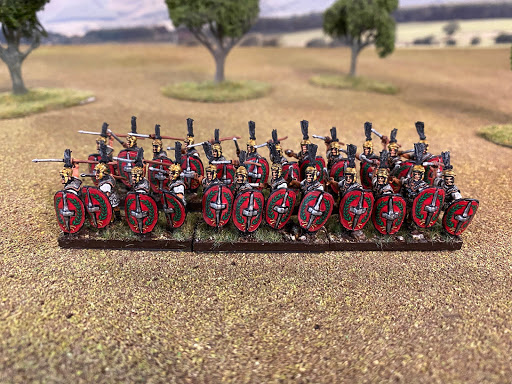 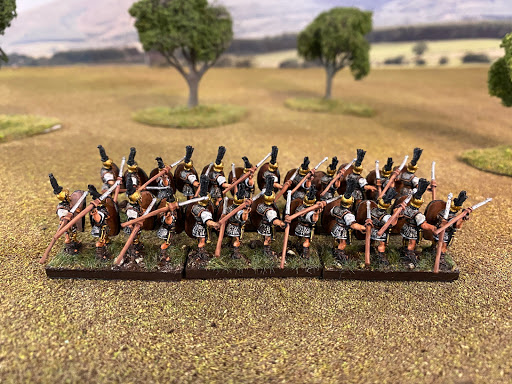 The figures are from Xyston, with the shield transfers again from Little Big Men Studios: 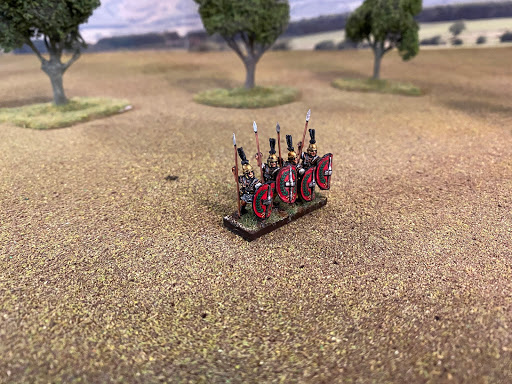 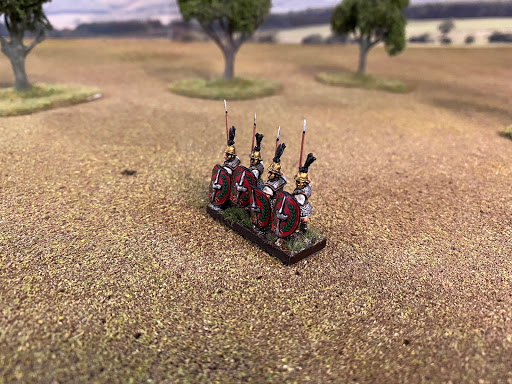 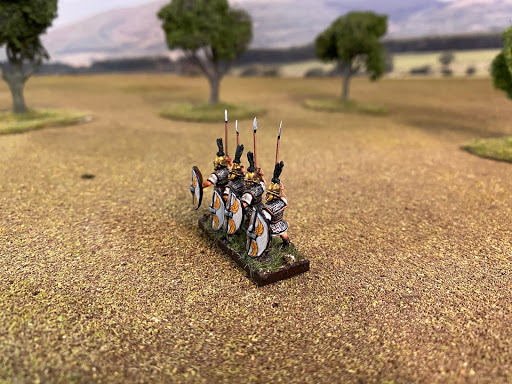 This now represents the legionaries completed, and means I am around two-thirds of the way through the army.

I am planning on hauling out the remainder of the legionaries for a group photo while I have the scenery backdrop in place, to hopefully provide me with enough motivation to push the remaining third of the project over the line.
Posted by Lawrence H at 17:52 8 comments: