Having recently finished the French Napoleonic cavalry I wanted to move on to something a little different so thought I would tackle a medieval Spanish army. First to be completed are twelve elements of Spanish light cavalry or Jinetes, which is apparently Spanish for 'horseman': 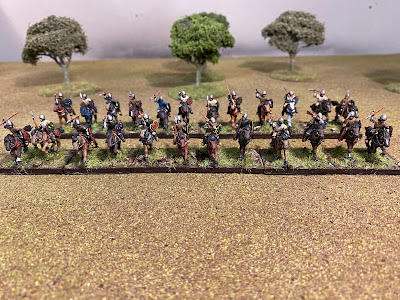 The figures are from Khurasan and look to be a true 15mm, so are on the smaller side. The Jinetes come in three different poses which is enough to provide some variety: 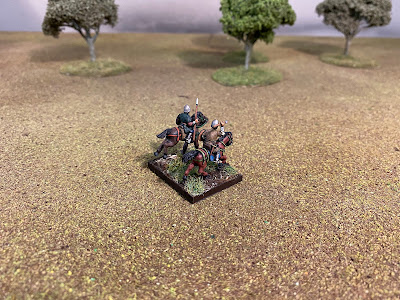 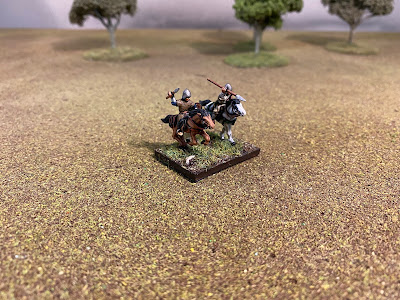 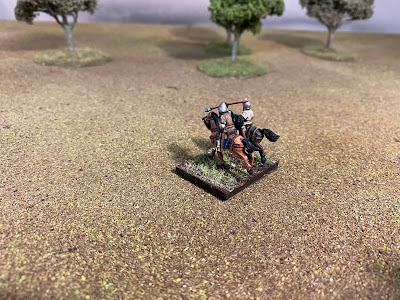 Most of the figures are armed with javelins which came with the figures, but for some reason were difficult to attach with me having to hold each in place for at least a minute before the glue would bind. Some also came with a rather curious three-tailed javelin which looks more like a large dart, seen here on the figure on the right. This features in a few other Spanish packs so it must be a medieval Spanish thing, but not something I have seen before: 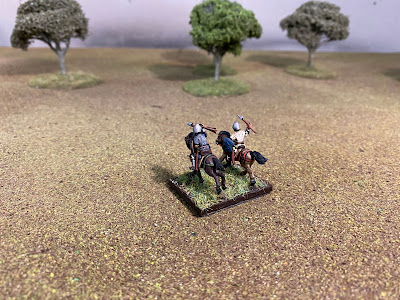 I am planning on using a few reds and yellows in this army, particularly on the knights, to try to give it some Spanish flavour: 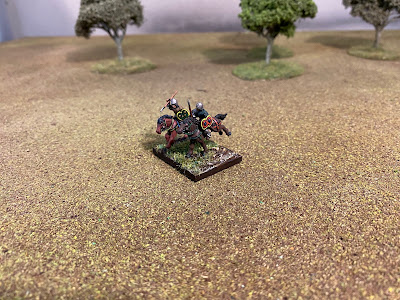 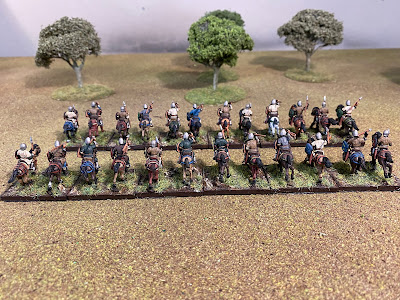 There is quite a bit to do in this army, but if all goes to plan I hope to have it completed some time in August so they can make their debut in a game in late August or September.
Posted by Lawrence H at 14:24