The command bases for my Portuguese project completed, including a brigadier general with his aide. I'm not sure the aide agrees with this particular decision: 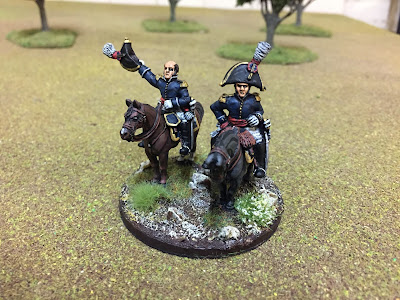 A lieutenant-general and aide-de-camp in wet weather gear which is reminiscent of an old Hinchliffe Wellington figure I have packed away somewhere: 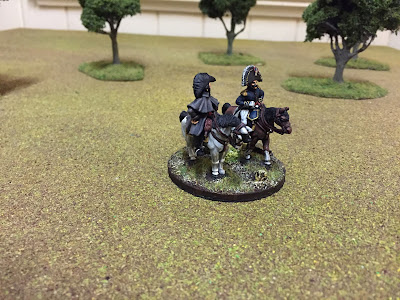 I used the excellent Chartrand Osprey books as a guide, and a few of the figures almost seem to have been tailor-made to suit the illustrations. I have also managed a few regimental officers, including two from 14th Tavira, which I have based with a some left-over figures for effect: 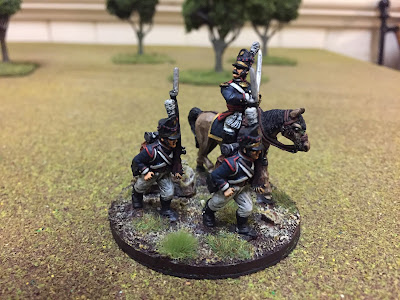 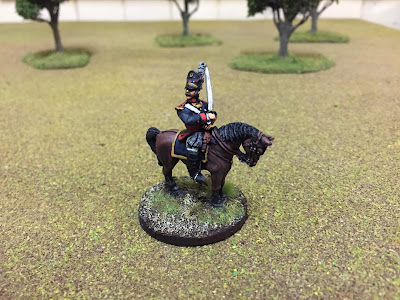 I made a mistake in ordering one with a British-supplied stovepipe, where the rest of the army are outfitted in barretinas, but I'll no doubt just pass him off as an "early adopter": 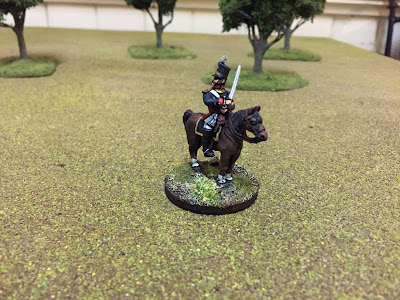 I was reasonably pleased with the way these figures turned out. Front Rank are normally very satisfying to paint, and these were no exception: 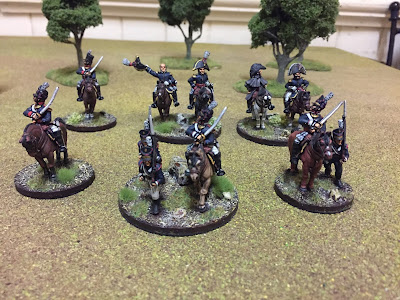 The Portuguese artillery are next up, which I hope to have completed over the next few weeks.
Posted by Lawrence H at 07:44 17 comments:

The last of my intended Portuguese cavalry units, the 11th Almeida: 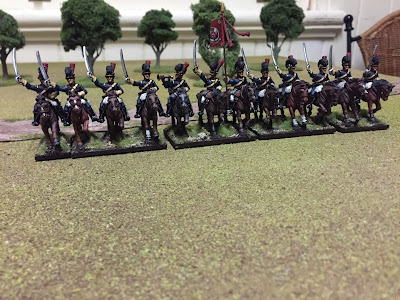 This unit was part of the Southern Grand Division as indicated by their blue piping, although in the case of the 11th Almeida they had a sky-blue collar as their main distinguishing feature: 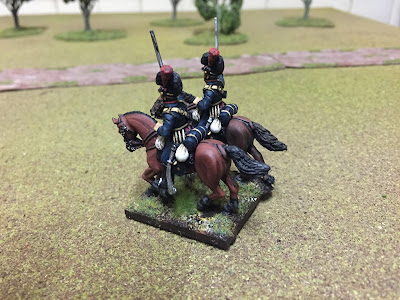 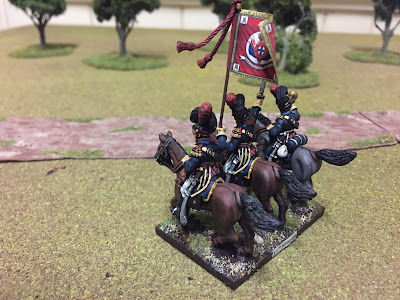 They were fairly actively engaged throughout the Peninsular War, and saw service at Salamanca and Vittoria: 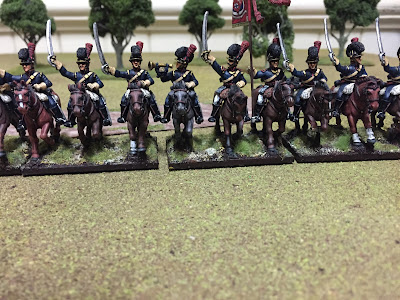 These Front Rank charging figures are slightly more dynamic than their "at rest" dragoons and were, as usual, a pleasure to paint. 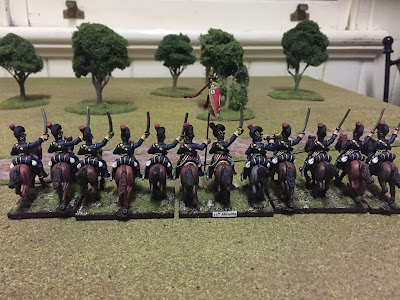 Now to finish some staff, and then on to the artillery...
Posted by Lawrence H at 21:18 10 comments: