Another Azab unit completed, this one armed with bows: 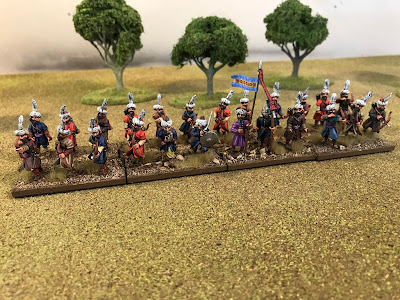 Azab (or Azap) is an Ottoman word meaning "bachelor", and the units were formed from volunteers from villages in the Rumelia and Anatolia regions covering most of what is now Turkey up through southern Greece and into the Balkans: 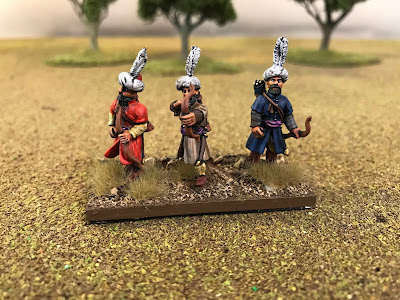 I found these much easier to paint than the previous musket-armed Azabs, partly because bows are simpler but also because I had the colours I wanted to use worked out from the last batch: 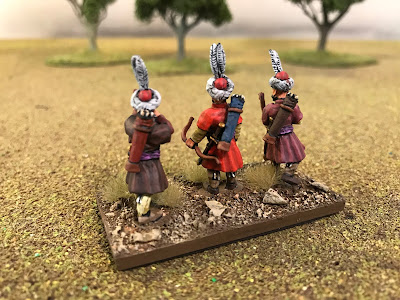 The TAG figures are nice, and contain an interesting mix of poses with enough detail that can be picked out: 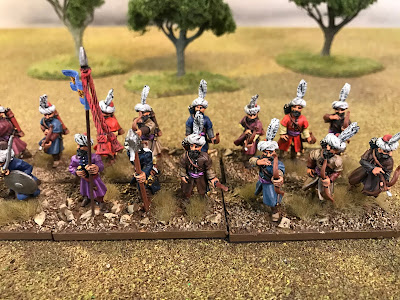 One more Azab unit to go, hopefully before the end of the year, and then I'll get started on some spahi cavalry.
Posted by Lawrence H at 02:40 12 comments:

The first of three planned Azab units, this one is again from The Assault Group and is comprised of musket-armed figures: 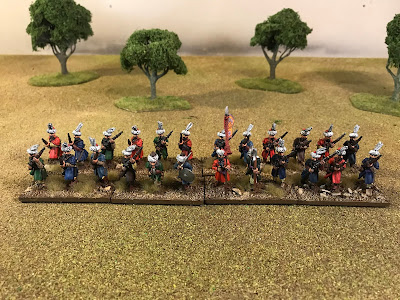 I tried to give them a bit of colour variation and found myself using around forty different colours and shades. At the same time I was trying to not go too wild with it to try to avoid them looking like a bunch of circus performers: 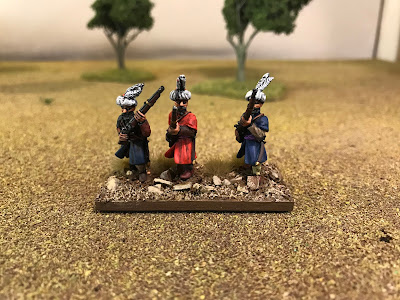 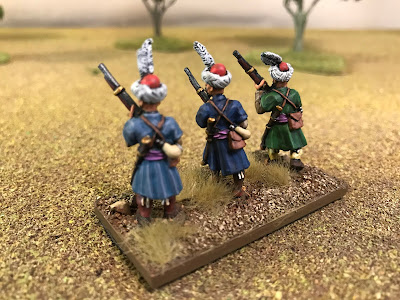 I used one of the smaller Little Big Man Studio Islamic banners for this unit. As previously mentioned they come in two halves and have to be applied as decals to paper, and I was probably a little over-confident with this one and ended up applying the two halves slightly out of alignment. However, I think I managed to make a reasonable effort of rescuing it and they are very nice flags (although that halberd staff needs straightening). 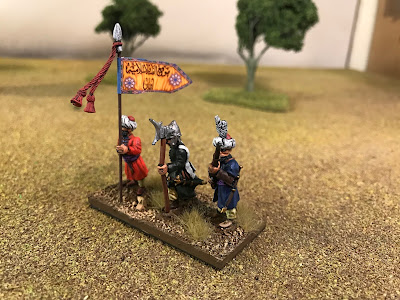 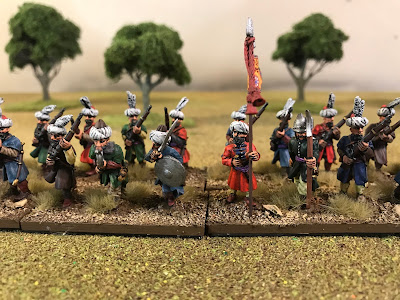 I have another unit of bow-armed Azabs on the painting table at the moment, which I hope to have finished this side of Christmas.
Posted by Lawrence H at 16:53 8 comments: 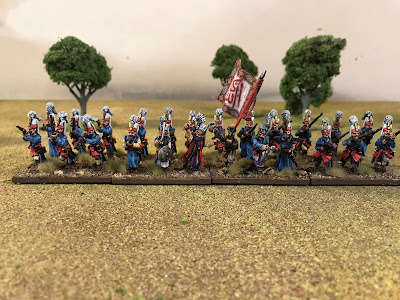 I stuck with the same colour scheme as the previous unit, mainly because I enjoyed the look and it was fun to paint, but will vary it for my forthcoming units: 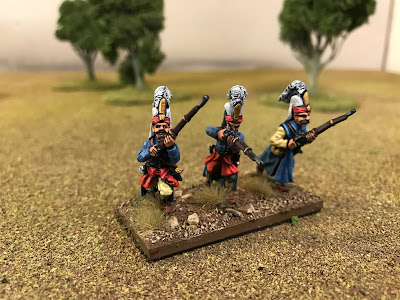 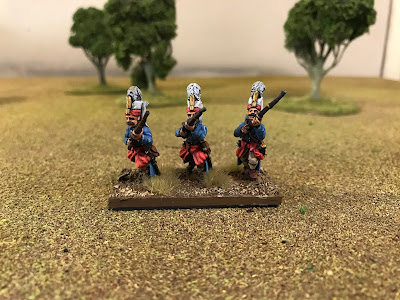 Again, these have a banner from the Little Big Men Studios range. I nearly cocked this one up as the flags are in two separate halves and have to be applied as decals on a blank sheet of paper. I put the first one down on a slight off-angle, but managed to line the second one up that when trimmed and with the edges painted, it is difficult to tell they are slightly out of alignment: 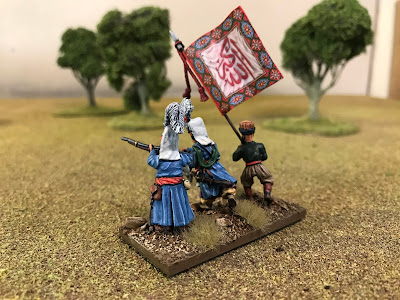 They really are worth the minimal effort though and, I believe, add a nice finishing touch: 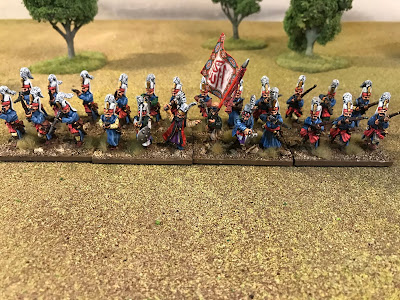 I have two more units of Janissaries to complete, but will be making a start on some Azabs which I have prepped and ready to go.
Posted by Lawrence H at 23:03 6 comments: