It was a long weekend last week and I managed to get the Samurai cavalry for this project completed, with 18 elements of cavalry and three elements with mounted generals: 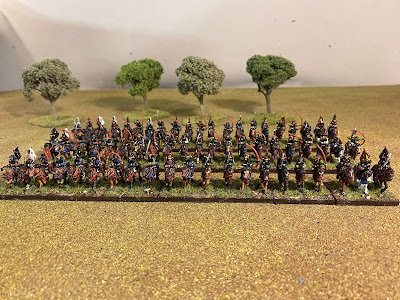 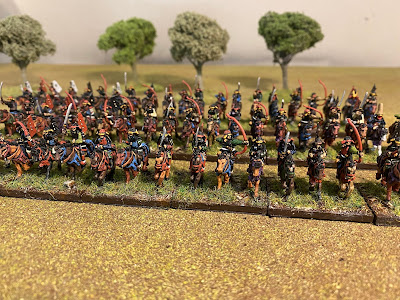 The figures are again all Eureka Miniatures, and are a true 15mm. I'm hoping three mounted generals will be enough, but alone with the three foot that will be six generals in total: 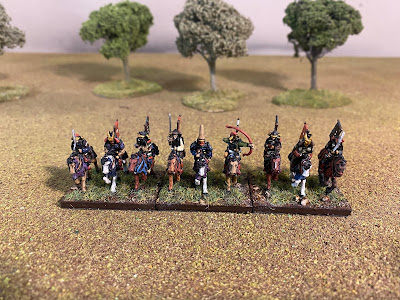 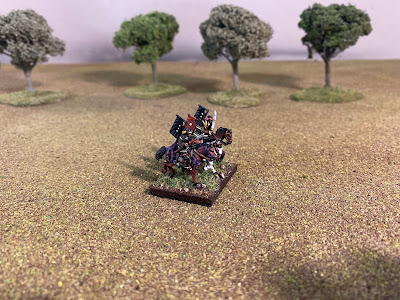 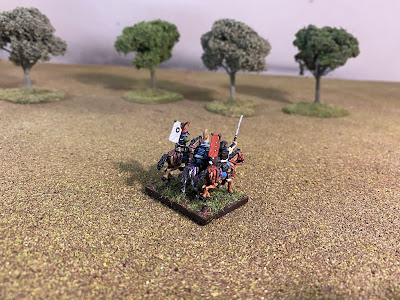 Generals aside, there are a mixture of nine poses among cavalry with three each of bow, katana and naginata: 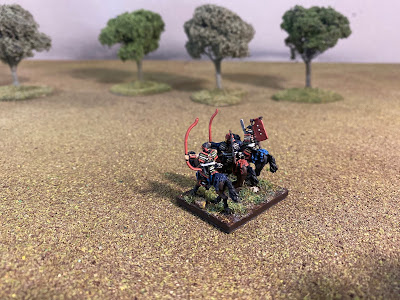 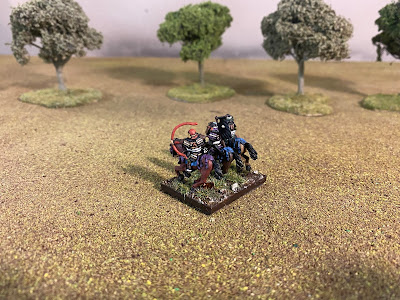 The sashimonos are also a pain to glue on and won't withstand rough handling, but I think are worth the effort: 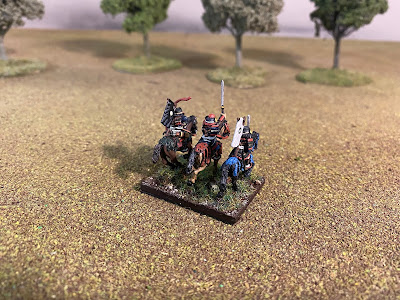 That's all the samurai, mounted, foot and bow, now completed for this army: 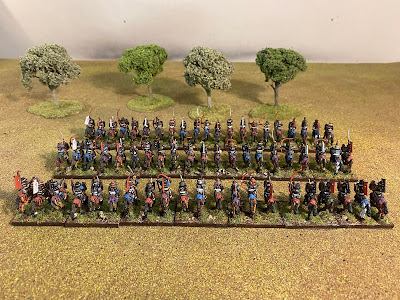 Next up some peasants. They look a lot simpler to paint, but I have 300 of them to do which will no doubt take some time so will split them into two lots of 150, interspersed with some ashigaru to help preserve my sanity.