For the sake of a bit of variety I purchased a couple of battalions' worth of the Front Rank firing and loading figures, and painted them as the 22nd Serpa Regiment: 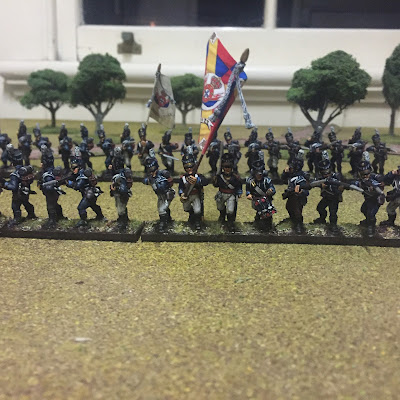 As another regiment from the Central Division they carried a white regimental flag and had white piping. I chose the 22nd primarily because of their light blue facings to provide something a little different from the usual reds and whites, and it was only after having completed them that I found they were not that heavily engaged at all during the Peninsular War. No matter, as that won't stop me putting them on the table if required: 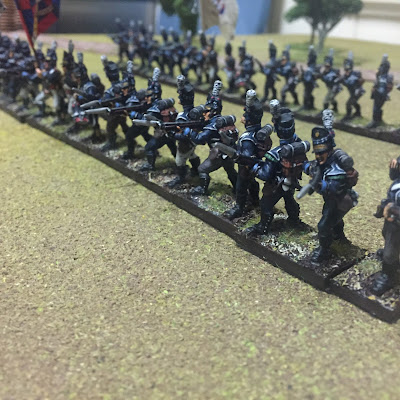 The nice thing about the loading figure is that given the way it is posed it exposes all of the right-hand side turnback which meant that I could add the triangular strip of blue cloth, which was a feature of the Portuguese uniform but is obscured on most of the other figures: 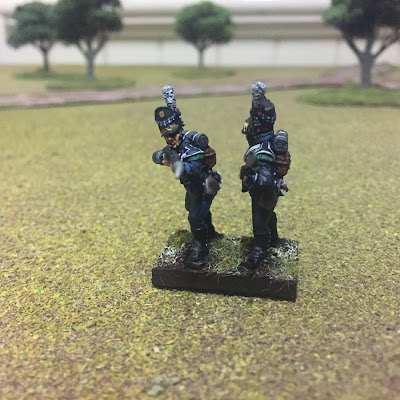 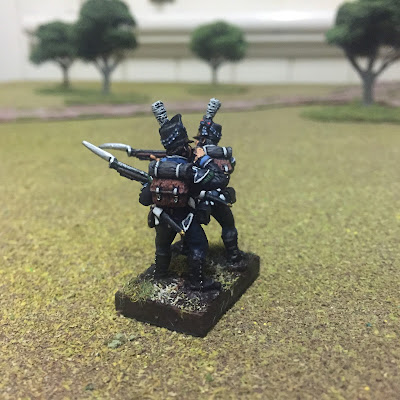 Apart from those on the command stand. I managed to spill paint on the flags for this regiment and would have replaced them if I had any spare Central Division flags left (as opposed to the four I seem to have over-ordered for the Northern Division). I touched them up as best I could and believe it will pass all but the closest of inspections: 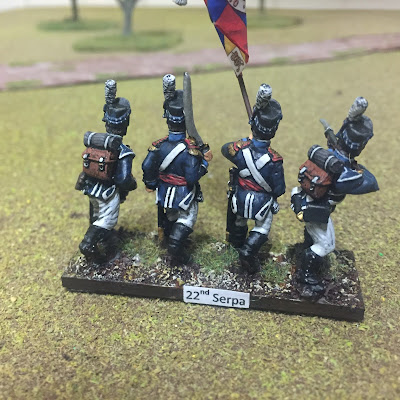 That's eighteen battalions completed which was originally going to be the total but, as usual, I found enough figures left over to complete two more, after ordering an additional seven marching figures from Front Rank.

It never ceases to amaze me that, no matter how careful I think I am being, I always end up with at least a spare battalion or two. I'll paint that regiment as the 17th/2nd Elvas, which I do know was extensively engaged throughout the war, and then on to either the Cacadores or some cavalry...

The last unit I managed to complete in 2015, on the morning of December 31st, but which I didn't have a chance to photograph and prepare a quick post on until today. One too many Gin and Tonics put paid to that I'm afraid.

The 16th Viera Tellas Regiment fought at Bussaco, Salamanca and Vittoria in Pack's brigade, and were under Campbell at the battle of the Nive: 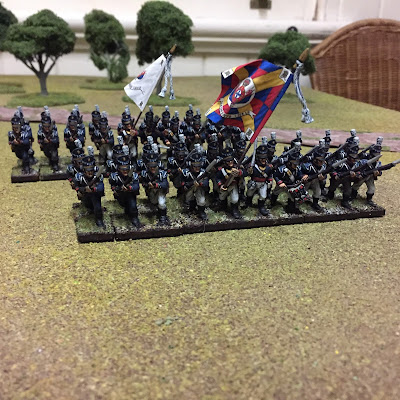 I purchased Front Rank Portuguese "advancing" figures for this regiment as I knew my motivation would be starting to flag after having painted 280 or so of the marching figures, and am a little annoyed with myself that I didn't order a few more as I very much like the pose of these figures: 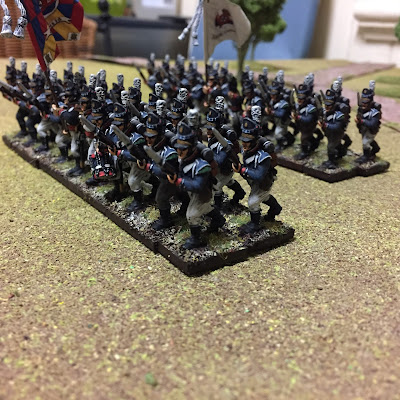 As another regiment which formed part of the Central Division they carried a white regimental standard and had white piping: 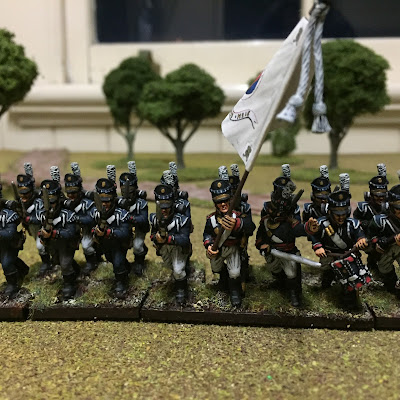 This makes sixteen Portuguese line battalions completed with, what I had originally thought, were only two more to go: 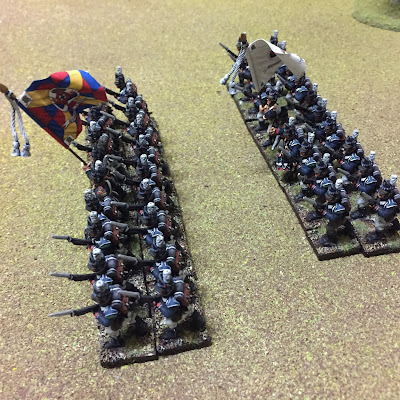 And so it was with a strange feeling of simultaneous delight and disappointment that I found I have enough figures for another two battalions beyond this.

When I think I'll ever get the chance to deploy twenty Portuguese line battalions I don't know, and I was quite looking forward to getting stuck into the Cacadores (where I also found enough figures for an additional battalion beyond the six I had originally planned), but I know I'll have to paint the line figures before I allow myself to move on.

Which just leaves me to say a big thank you to those who have read these thoughts during 2015 and left such kind comments, and to wish everyone a happy and fulfilling 2016.