Another unit from Eagle Miniatures, I like these Spanish Chasseurs as they add a bit more colour to my Talavera project: 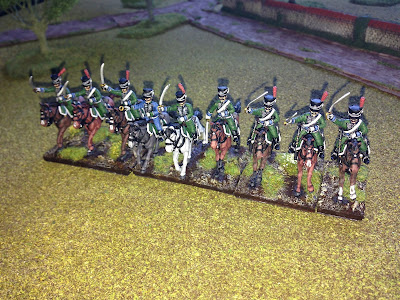 As with the Hussars and Dragoons, I have reversed the trumpeter and put him on a grey horse. 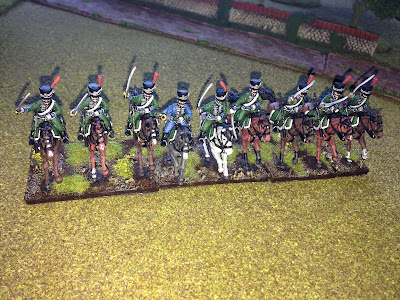 There is certainly enough variety of colour in the Spanish cavalry to avoid the potential for monotony. As with Eagle's Spanish Hussars, these are very finely detailed figures and also represent part of their (as I understand it) reworked range. 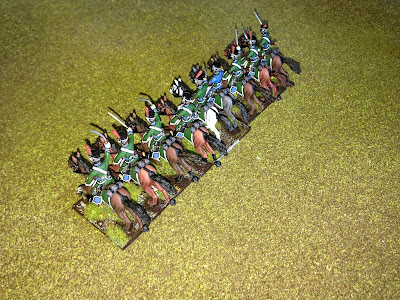 The tops of the shakos are not actually blue, but caught a bit of the early morning sun from somewhere. 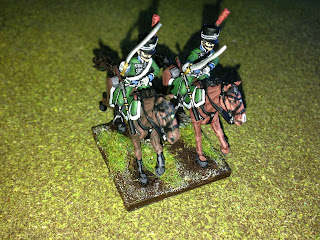 All things considered, nicely proportioned figures and I was pleased to add them to Talavera project. 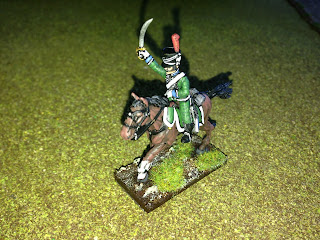 I decided to add a couple of light cavalry regiments to my Spanish project, with the first of these being the Maria Luisa Hussars: 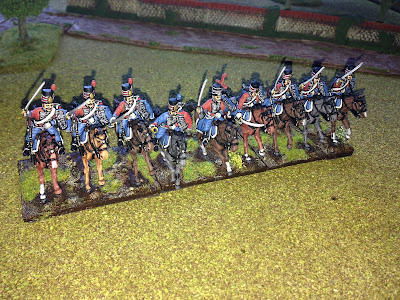 I purchased them from Eagle Miniatures who have a nice range of Napoleonic Spanish figures including many, such as the Hussars, which have not to date been addressed by other manufacturers. 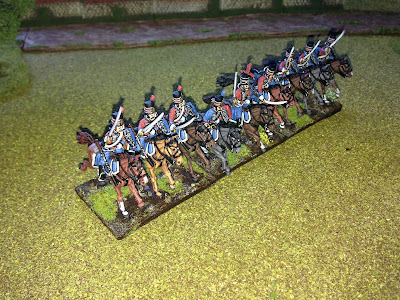 The figures are slighter than my usual Front Rank, but in the case of the Hussars and others of their newer and reworked figures, are very finely detailed. Size-wise they are closer to Perry, although the riders are probably around 1.5mm to 2mm shorter eye-to-eye. When I get time I'll probably post another of those size comparisons in case anyone is interested, but I don't think they will look out of place alongside my other units. 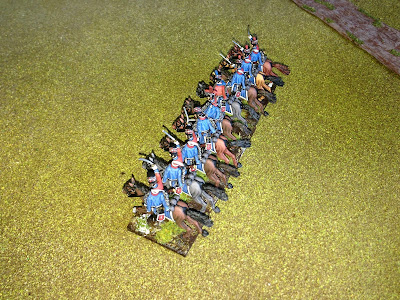 The only criticism is that I found the metal to be slightly softer than what I am used to with other manufacturers and I managed to snap off a couple of the plumes, which I will have to address with some Green Stuff. They also have separate arms, pelisses and muskets which I initially found to be a bit off-putting, but in the final analysis I enjoyed the freedom to be able to glue things on at slightly different angles in order to provide some variety. 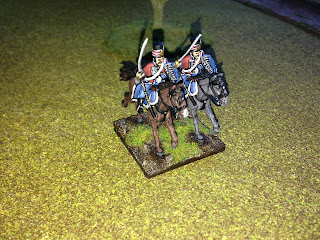 Ian McCullough is the new owner of Eagle Miniatures and seems keen to provide a high level of service which is great, and I hope that he manages to further expand the range. I should also say that these figures were purchased before Ian bought the company. 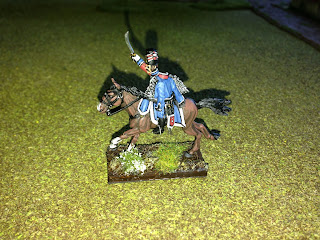