I was a little worried about painting this regiment as, being part of the Portuguese Northern Division, it has yellow piping: 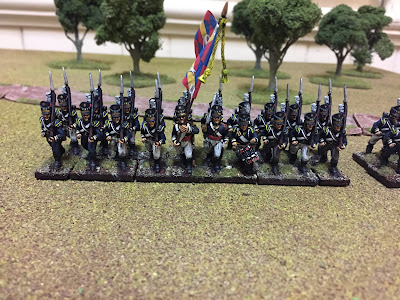 (along with the yellow regimental flag carried by the second battalion): 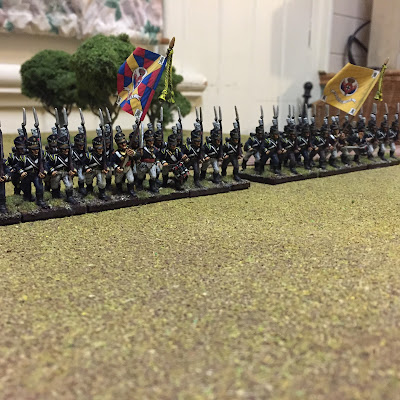 This is because I have not yet found a yellow that I am completely happy with. I usually use the Foundry triad sets for most of my figures, and their yellow is not a problem if there is a large area to be block painted as it is quite easy to build up a fairly solid yellow with successive coats, but I wasn't looking forward to potentially having to go over the piping four times to obtain a bit of depth. In the end I managed to get away with a brown undercoat and a single layer of GW Yellow for most of it, with an additional layer on the more exposed or highlighted bits: 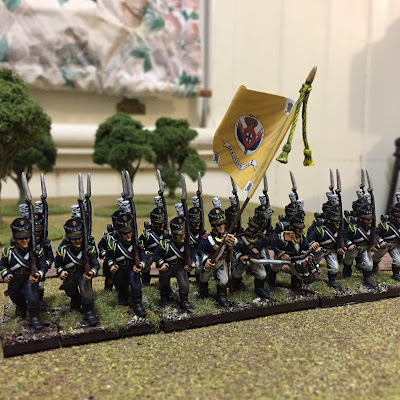 The 3rd Regiment were pretty much a constant throughout the Peninsular War and were in Spry's brigade at the key battles of Fuentes d'Onoro, Salamanca and Vittoria. Again, I chose to do the bulk of the figures in the white summer campaign trousers, rather than the dark blue regulation or winter issue: 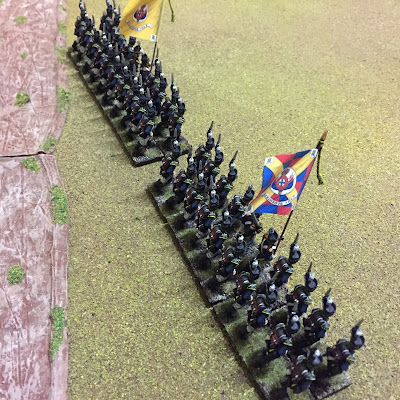 That is eight line battalions completed to date, with another ten from a further five regiments to go. 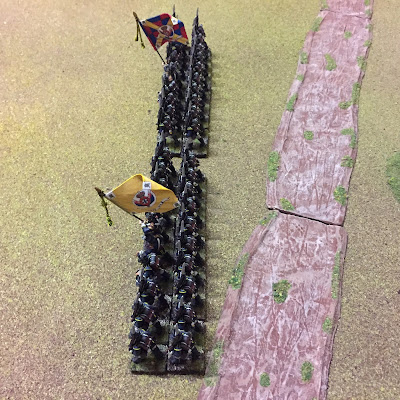