The 14th Tavira Regiment was present at many of the major battles in the Peninsular War, and suffered casualties in most of them with the exception of Albuera where they were not heavily committed. 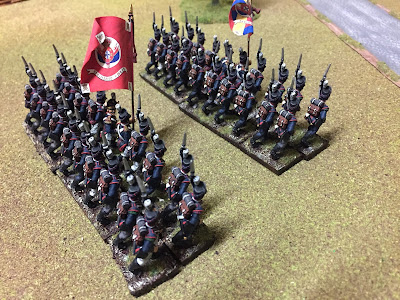 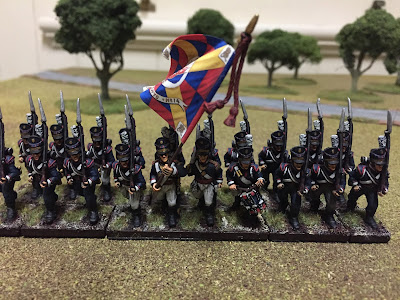 Finally, they were transferred back to Da Costa's brigade in Le Cor's division for the battles of St Pierre D'Irrube and Orthez, Again, with the red piping and regimental flag, they identify themselves as belonging to the Southern Grand Division: 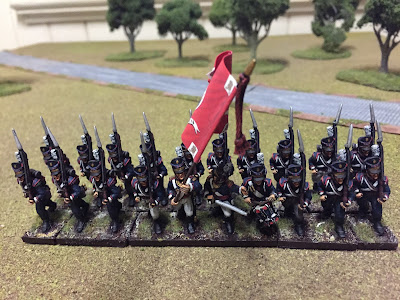 These two battalions represent the last of the Front Rank march attack poses I have for the line. They are my usually favoured Napoleonic pose, but after fourteen Portuguese line battalions it starts to wear a little thin. 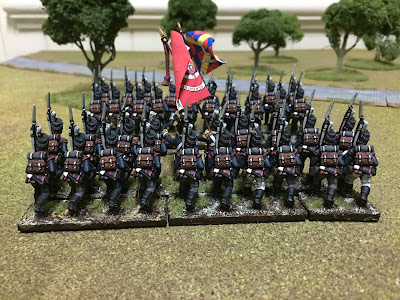 Only two regiments of four line battalions to complete now, with two in an advancing pose and the last two in firing line positions, so that should give me enough variety before I move on to the Cacadores.
Posted by Lawrence H at 00:09 14 comments: