After a small lull due to some recent university exams I have managed to get back on track and knock out a couple more units, this time two battalions of the 100th Ligne: 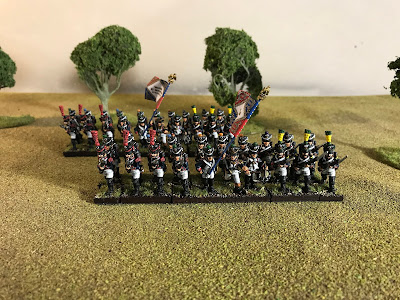 The 100th were part of Gazan's 2nd Division in V Corps at Albuera, where they first came up against the Spanish Irlanda regiment and then the British 57th, losing 267 officers and soldiers from a total of 738, or 36% of their strength: 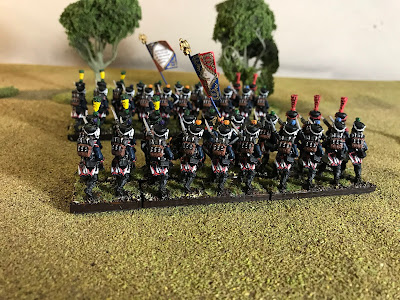 Zayas had done some extensive work with his Spanish prior to Albuera and it must have been a shock to the French when they stood firm, and then managed to successfully pass lines with the British who were hurriedly redeployed to reinforce them: 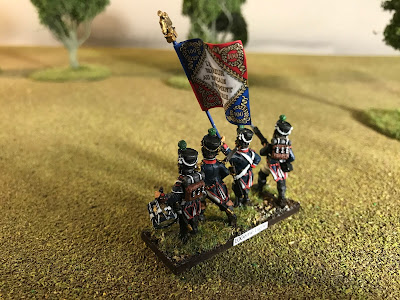 I keep trying to take a break from French line and get started on some English Civil War figures I have prepared, but find myself in the groove and now just want to complete the remainder of the Foundry line figures: 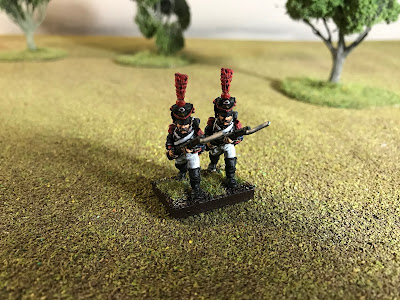