Following my purchase of a Crescent Root European village four years ago:
http://tinmountain.blogspot.com/2015/12/crescent-root-15mm-world-war-ii.html
I have been keeping an eye on their new releases. These are great models and have the advantage of being pre-painted and assembled. The original 15mm MDF buildings are no longer available, but I purchased half a dozen from the new range European range which complements them nicely.

Here are two of the recent purchases side-by-side: 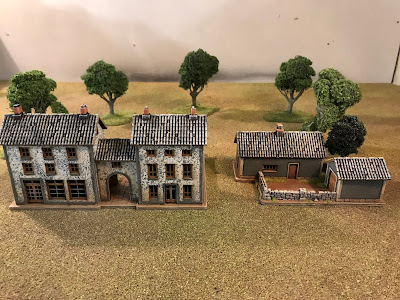 With a few close-ups showing some of the very nice detail, including recessed windows which is achieved by virtue of an inner and outer skin to the models, and terrific texturing on the walls: 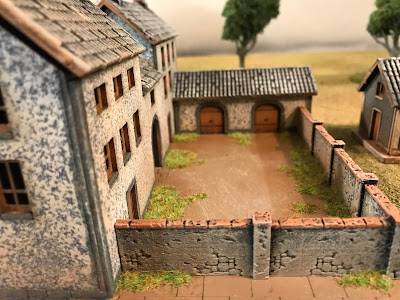 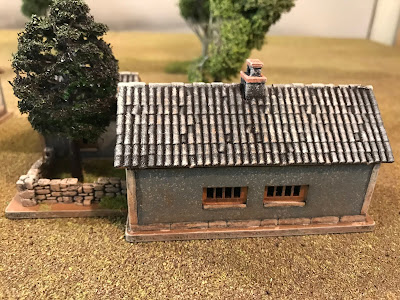 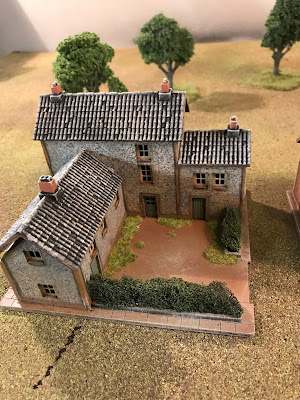 I went with the option of a stone look on some and sienna on others, while keeping all the roofs to a slate grey to keep them consistent with my earlier purchase: 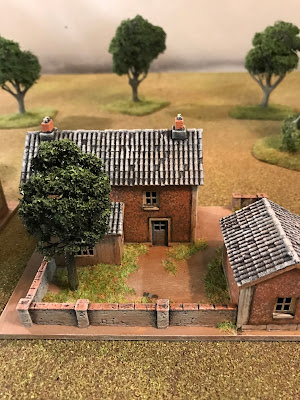 All the roofs lift of to reveal layers of flooring. While these do have the 'typical' lasered MDF appearance and are possibly not to the same level as earlier models, they will nevertheless be highly functional and are a welcome inclusion: 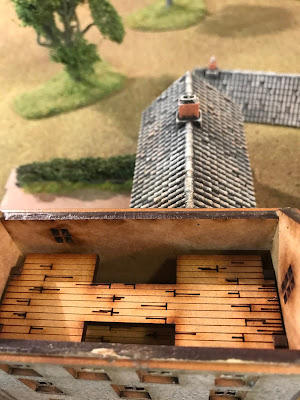 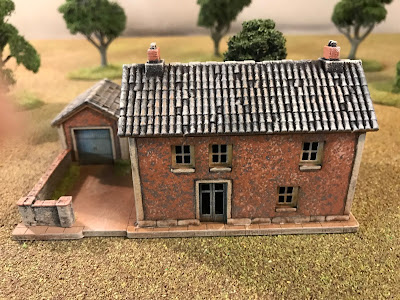 Some of the models are quite large and represent good value, although with freight and the unfavourable exchange rate between the US and Australian dollar the overall cost did start to creep up a bit. These last two are my favourites with what appears to be a large apartment block: 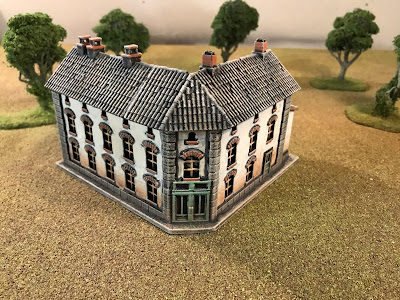 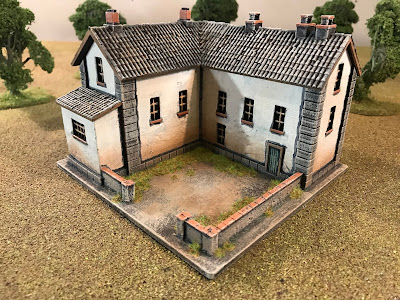 And another which is a row of shops with accommodation overhead: 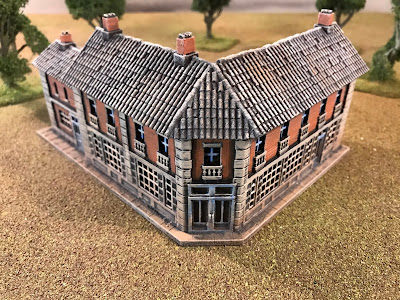 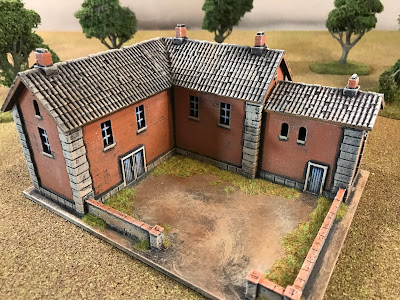 In my opinion these are superb models and I know I'll be back for more once this range disappears and the next emerges (although I'm already thinking I could probably use a few of Crescent Root's industrial-style buildings in the meantime - hmmmm).

A quick post with three Carthaginian generals and four elements of Poeni cavalry, the latest to emerge from the production line. First the generals, with the figure in the middle one of three Hannibal figures I have purchased for this army: 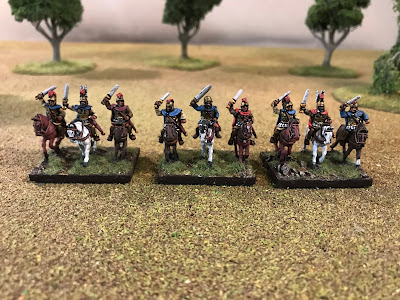 The figures are Xyston, and it was nice not to have to glue on shields or spears for a change of pace: 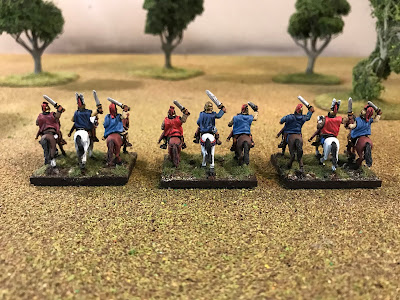 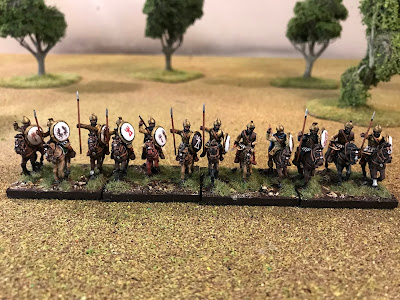 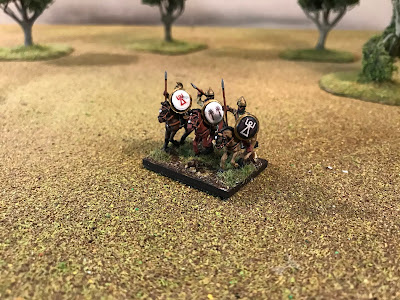 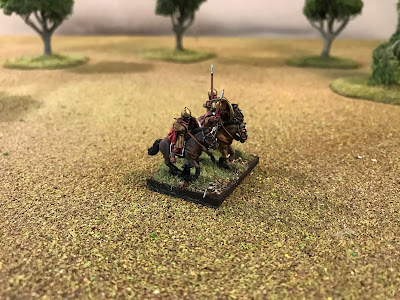 This figures will take the field in a game against some Ptolemaic Egyptians tomorrow. I was hoping to have the elephants and some Numidians completed to join them, but they may have to wait another week or two.
Posted by Lawrence H at 21:13 8 comments:

The Carthaginian citizen infantry in the DBMM army lists represent city militia or settlers and are therefore rated as inferior troops. The later Carthaginian lists allow up to two hundred and forty figures or sixty elements of these which is something I don't think any sane DBMM player would actually contemplate, so I thought I would purchase enough for eighteen elements and leave it at that.

I then took a second look at the Early Carthaginian list and happily realised that it is possible to upgrade and field eight elements as "ordinary" or average auxilia, something that will I believe prove to be much more useful. Of course I only realised that after I had stuck the buggers on to their original bases, but at least I hadn't got any further than that.

Anyway here they are, eight elements of auxilia and twelve of inferior spear: 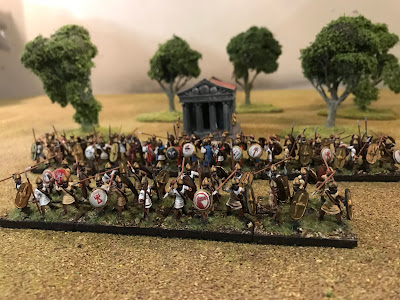 The auxilia I would surmise are representative of the citizen infantry trained by Xanthippus in the First Punic War, a Spartan mercenary whom Polybius tells us was overheard to say something along the lines of "these guys are rubbish", and who the Carthaginians then put in command. Xanthippus apparently instilled in them such confidence that they finally beat the Romans at the battle of Tunis, after having suffered two previous defeats: 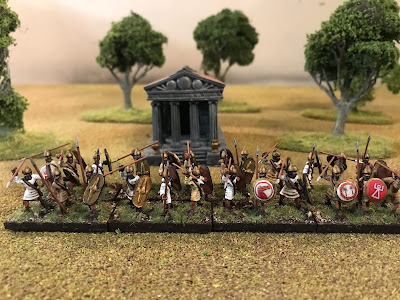 These Xyston figures are quite easy to paint, depicted as they are without armour and carrying little equipment: 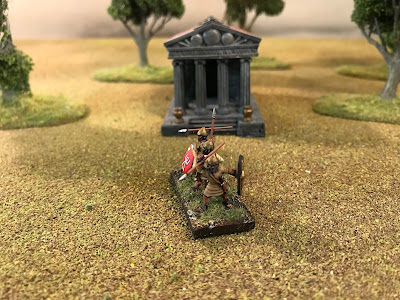 Although I noticed that they are all supplied with the Xyston long Gallic-style shield which I'm not particularly fond of. Thankfully I had a few round shields left over so could mix them in, which I believe enhances the citizen infantry look: 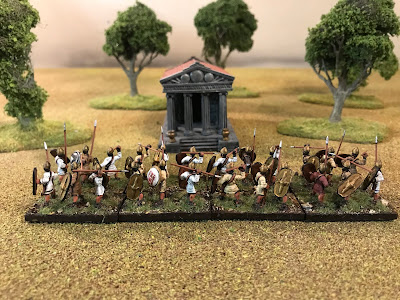 As to the citizen spear themselves, I am quite happy with the way the turned out and, as usual, the LBMS decals do their job admirably: 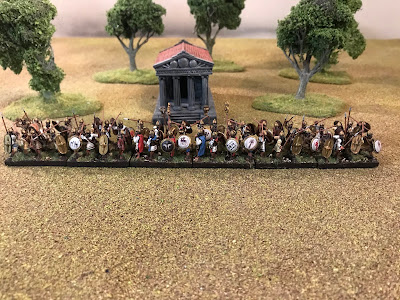 And a final picture of both options together: 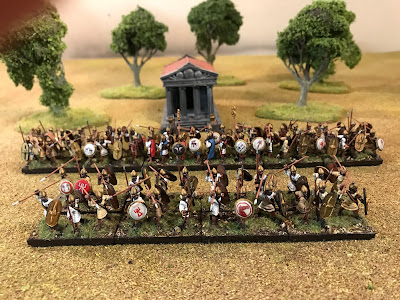 Now to complete some Poeni cavalry, and then on to some elephants.
Posted by Lawrence H at 05:06 8 comments:

One of the few units to be made up of actual Carthaginians as opposed to mercenaries, the Sacred Band were well-armoured citizen spearmen who fought in a spear phalanx. They were highly-regarded troops but were wiped out twice, once in Sicily against the Greek Timoleon who surprised them while crossing the Crimissus River and the second time in Tunis, after which they were never reformed. Consequently they are only included in early army lists, but are a more than useful addition for Carthaginian armies of that period: 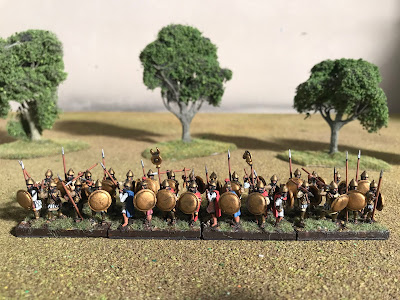 The citizens forming the Sacred Band apparently equipped themselves with expensive armour, so I depicted them all with bronze armour and shields which is in line with some interpretations of what they may have worn: 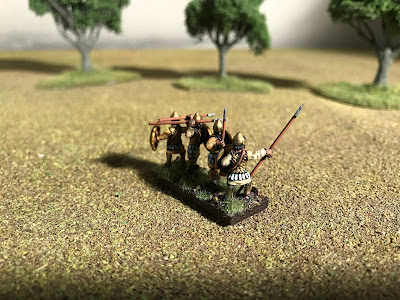 The command figures were drawn from the usual Xyston Carthaginian command pack, although I selected those which looked earlier appearance: 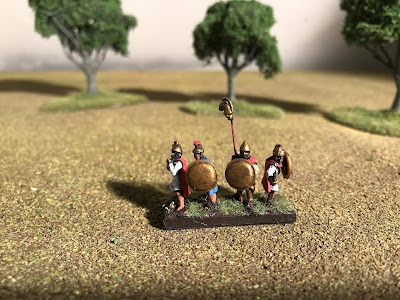 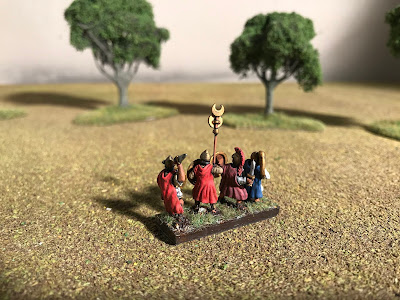 The figures are as usual Xyston, with eight stands and thirty-two figures in all: 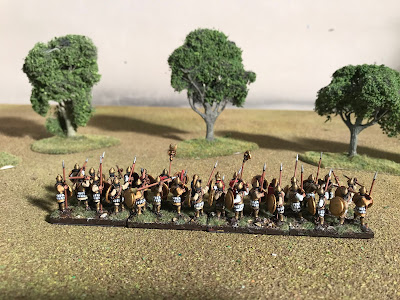 Next up will be some citizen spearmen, and then the cavalry, elephants and chariots to complete the army.
Posted by Lawrence H at 22:36 13 comments: