This represents the last of the line regiments for the project, finally completed and assembled from the spares I had left over after having painted the other nine.

No matter how careful I think I'm being when I'm putting together orders, I always seem to have a large handful of spares left over (including another ten Portuguese GMB flags).

Consequently, while the first battalion is consistent with the Front Rank march attack figures: 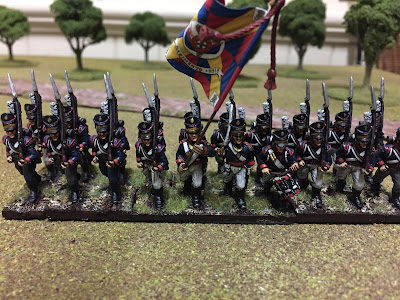 There is a definite mixture of poses in the second battalion: 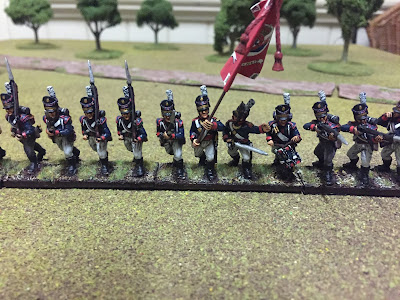 That said, I'm not unhappy that I have included this particular unit. The 17th was present at the battle of Vittoria and a number of the battles in the crossing of the Pyrenees and beyond, including the battles of the Nive, Orthez and Toulouse.

From Vitorria onward they were brigaded with the 1st and 3rd Cacadores, which I suspect may have been to provide a rallying-point should the Cacadores have needed to reform behind the line.

I gave myself a bit of a "free pass" with this unit in that, as part of the Southern division, they had red piping. Given that the collars and cuffs were also red this made them much easier to paint than most of the other regiments, where the piping on the collars and cuffs are in a contrasting colour: 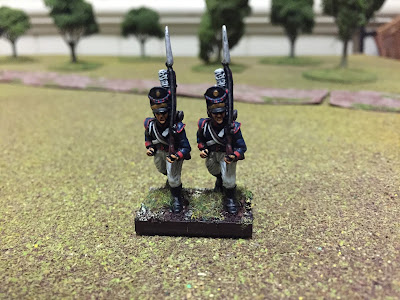 That's the last of the line done, All four hundred and three of them, with the last three reserved for some command stands I have in the pipeline.