Rather a long post as I have managed to finish the remaining ancient Spanish cavalry sooner than I had expected. Even though May was a relatively slow month on the painting front I finished the bulk of the cavalry horses so only had the riders to complete, and pleasantly surprised myself how quickly I was able to get through them.

First off, a group shot including some of the earlier-completed armoured cavalry: 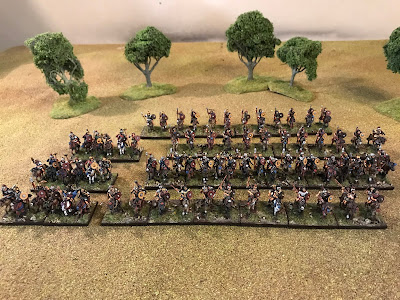 The latest batch includes six elements of generals and some armoured nobles to augment the armoured cavalry: 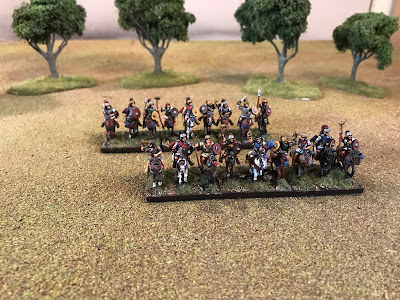 The figures are all Xyston, and I mixed the generals in with some figures from the musician and standard-bearer packs: 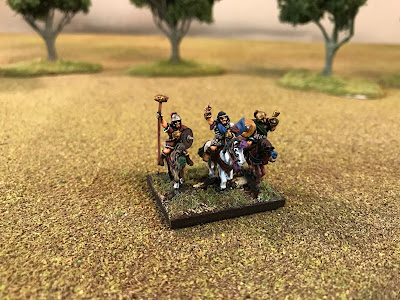 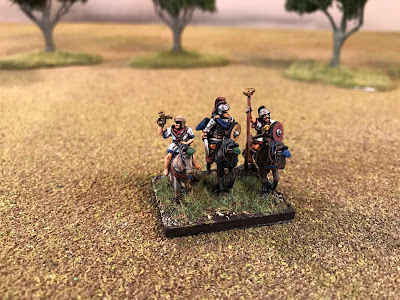 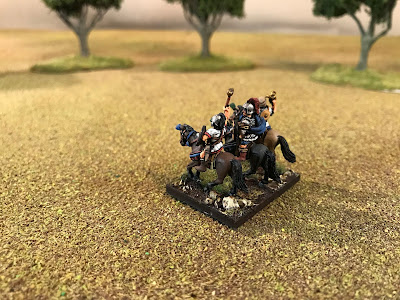 Next up, twelve elements of unarmoured Spanish light cavalry: 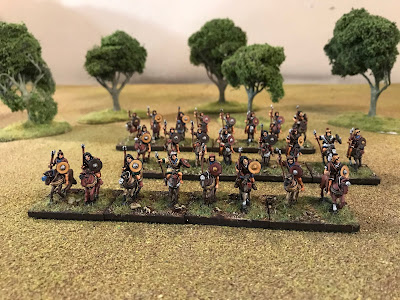 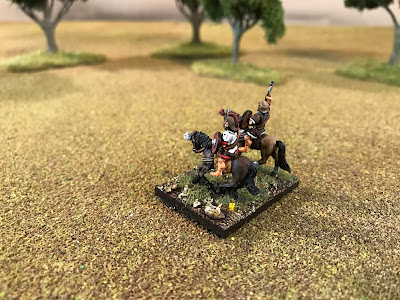 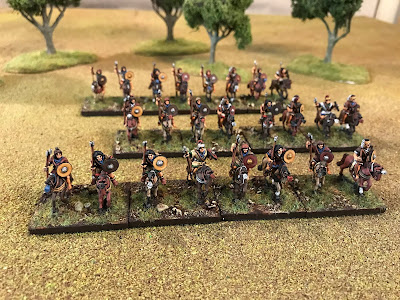 That should have been more than enough for my requirements, but Xyston released a new pack of Spanish light horse with caetrati pillion riders, in line with DBMM v2.1 where the light horse gain a bonus if supported by caetrati.

Although the actual caetrati elements are mounted on separate bases and more than adequately covered by what I have already completed, I couldn't resist these models and am glad I didn't as they are among my favourite Xyston purchases to date: 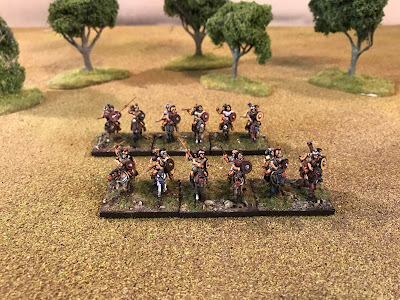 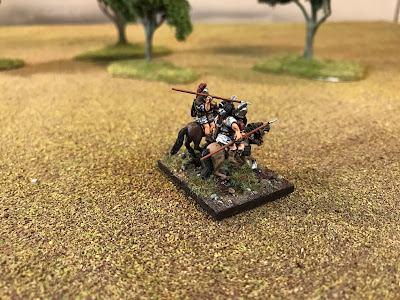 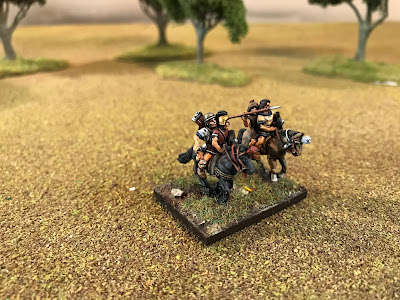 The figures are supplied with a separate sprue containing additional javelins, which I thinks is a nice touch and round out some of the figures perfectly: 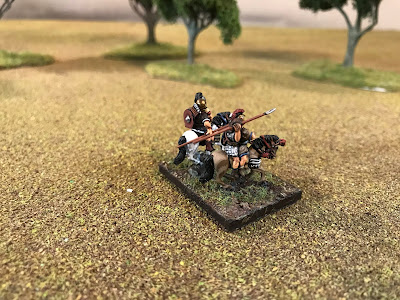 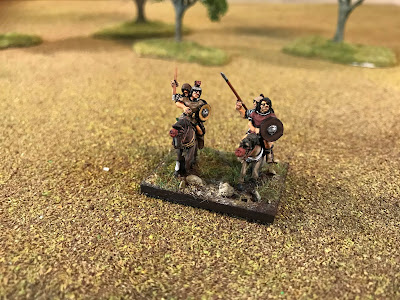 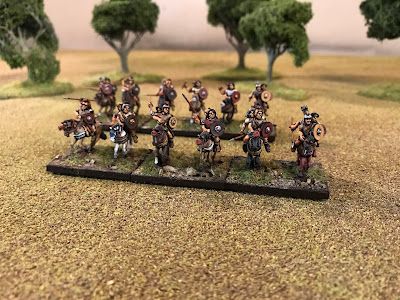 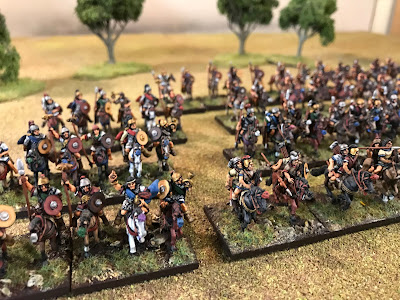 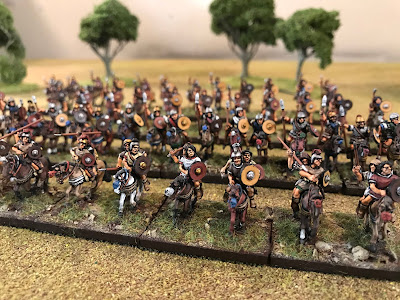 That's seventy-two horses and eight-four riders in total, and the completion of the army is now in sight. I have another twenty elements of slingers on the painting table at the moment, (another over-purchase, this time due to miscalculation) which I hope to complete in the next couple of weeks, clearing the way for the final batch of sixteen elements of Celtiberian allies.
Posted by Lawrence H at 04:27 18 comments:

I recently managed to complete a few more 15mm terrain pieces from Forged in Battle, including a Roman market store: 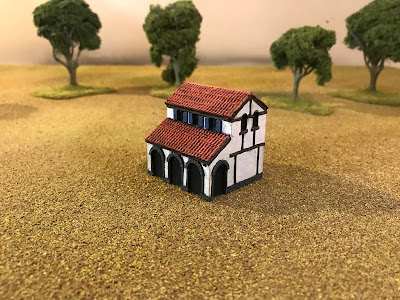 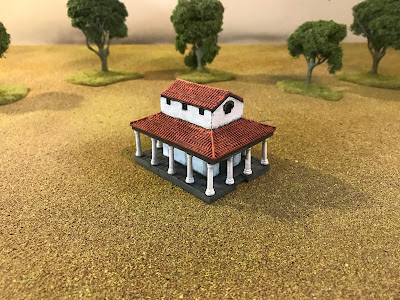 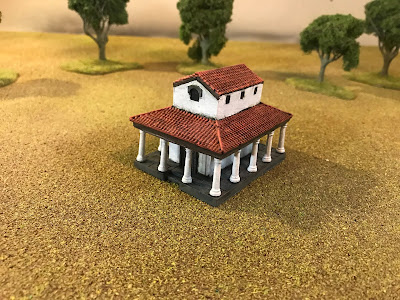 And another temple built of stone: 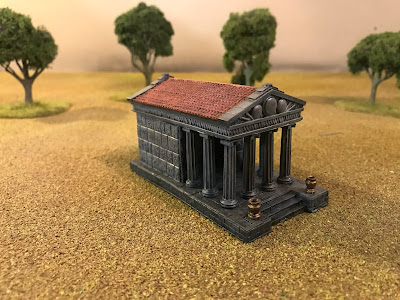 My plan is to put these together alongside another dozen or so Forged in Battle pieces to form two more DBMM built-up areas.

I have managed to do that with the FIB middle-eastern village set, but am not sure I am entirely happy with the result: 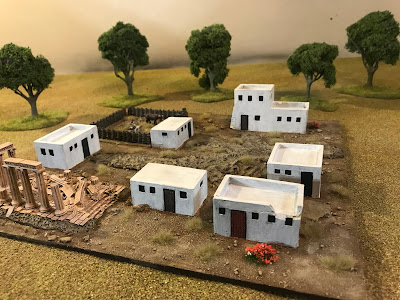 The buildings are a little too angular-looking for my taste. A couple were damaged in transit, and I was actually quite happy with that as it lends some variation to the models. I was also pleased to have found a home for the ruined temple piece I completed earlier.

I'm ploughing ahead with the last of the cavalry for my ancient Spanish project, and hope to have more on that within the next week or so.
Posted by Lawrence H at 05:24 10 comments:

I knew that May would potentially be the least productive month this year in terms of painting output (the reasons for which I have outlined at the end of this post), but I managed to progress my ancient Spanish project in the form of some armoured cavalry: 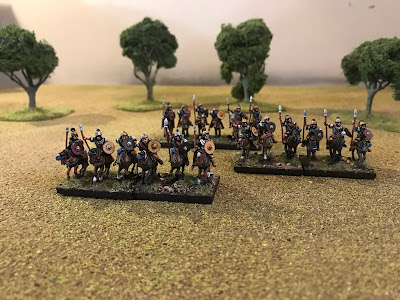 These are again Xyston figures but appear a little different to some of the others in their range, not least because they have cast-on spears: 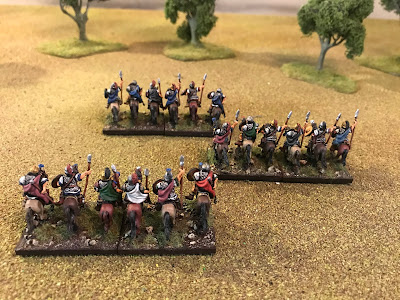 This reminded me a little of the old Miniature Figurines sculpts, and how I could never completely remove the waviness: 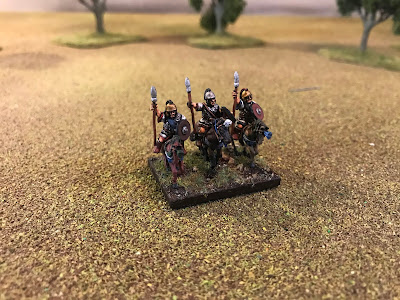 And usually ended up snapping one or two along the way: 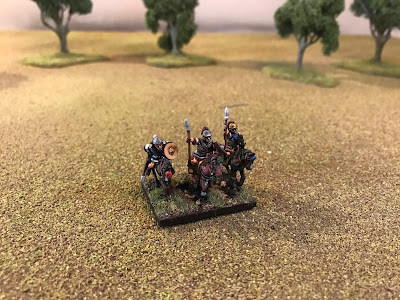 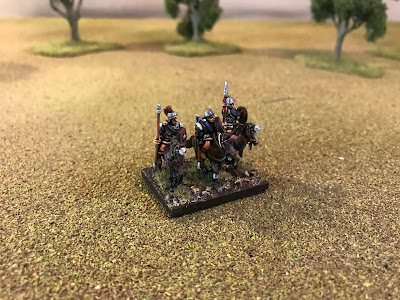 They are however great figures, and the four different poses in each pack provides sufficient variety: 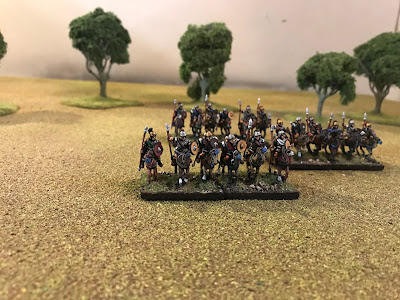 May turned out to be a busy month with my daughter's wedding, which was wonderful; my father's eightieth birthday, which was great and was thoroughly enjoyed by all; a trip to New Zealand, where I got to spend a very pleasant hour catching up on the last thirty years with Mark Strachan; and the end of the university semester leading into exams.

I wonder on occasion why I am persevering with a law degree at my age, but it is something I have always wanted to do and I find it keeps my mind active. Besides which I am now just slightly over two thirds of the way through, so will keep plugging on.

I have also already made a good start to June, and hope to have a few more posts up before the month is out.
Posted by Lawrence H at 05:40 18 comments: