One of the nice things about The Assault Group is that Pete often throws in a few additional extras on larger orders, some of which can't be ordered directly through the website and are always a welcome addition.

I have ended up with quite a few so decided to combine them into additional command stands, having already completed the Sultan and aide, and a Pasha which has ended up on my wife's desk. First up, a couple of Ottomans staring at a dead bloke: 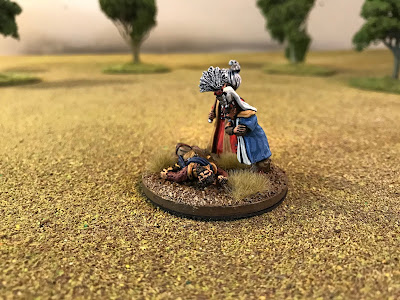 A Pasha alongside a fellow having a drink: 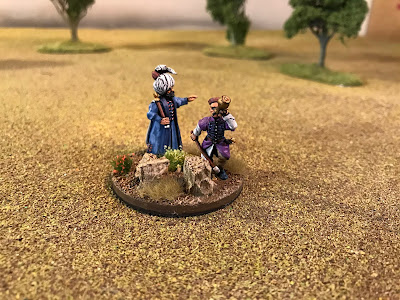 A Pasha alongside a fellow having a drink, while standing over a dead body (they could get away with that sort of thing in the Renaissance without falling foul of health regulations): 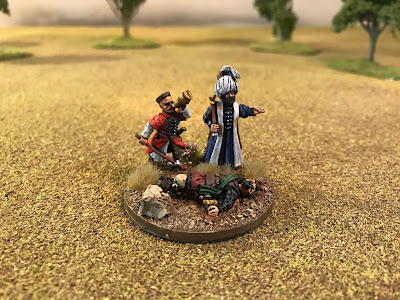 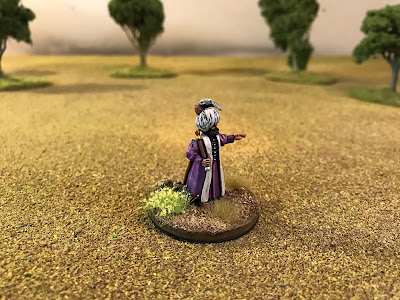 And, finally, the regimental Kazan. This is one of the more interesting aspects of Ottoman military life in that the Janissaries revered the dining experience to such an extent that they carried their spoons in their headdress, which speaks volumes for regimental cohesion and also Turkish cuisine: 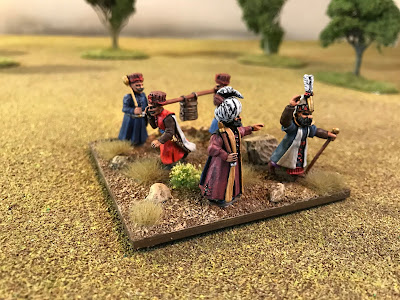 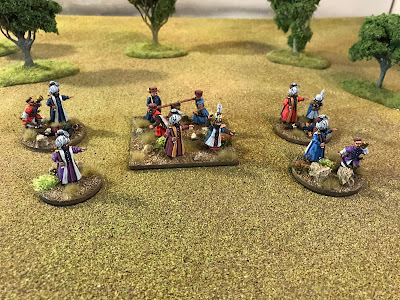 I have two more units of Fuedal Sipahis on the painting desk at the moment and will then be moving on to some artillery and the last of the infantry, so will hopefully have the entire project completed over the next two to three months.

All the army lists I have read, from George Gush through DBR to Field of Glory, indicate that two or three Janissary units should be sufficient for most army lists. I did think about leaving it at three but, given how much I have enjoyed painting TAG's other Janissary figures, I had to complete just one more. This time a unit armed with pole weapons and swords: 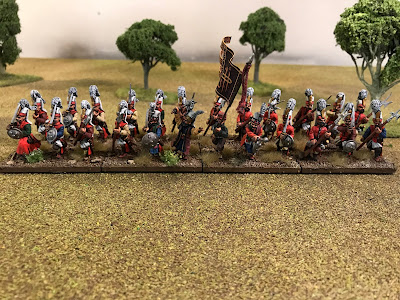 I used the Foundry Napoleonic British redcoat triad on these figures and was happy with the colour for these purposes: 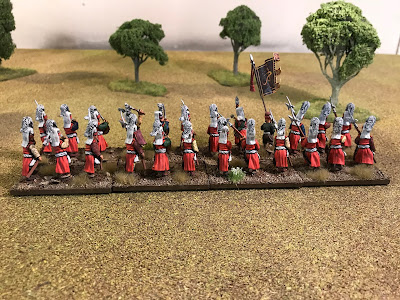 I am wondering however if the colour may be a little on too much on the orange side for actual Napoleonic British as I normally prefer a deeper colour of red for them. I realise officers' coats were more scarlet in colour while those of the the rank and file were of a lighter red, and they were called lobsters during the American War of Independence which is what this colour actually reminds me of, but it is not quite what I have become accustomed to using for British troops in past efforts. That project is still a little way off, so perhaps I will have got used to the idea by then: 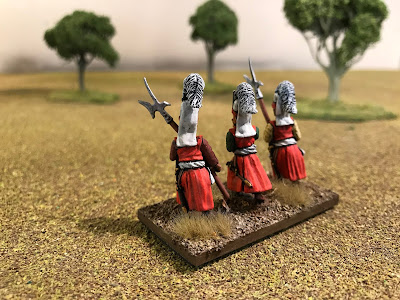 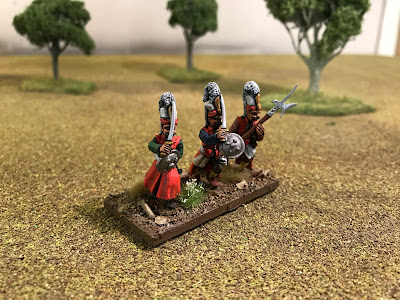 There are also a few more command figures to complete, including six of these special edition figures which Pete from TAG kindly throws in as extras on larger orders: 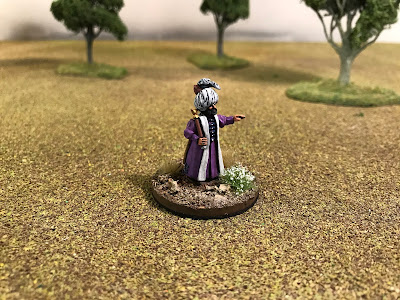 This first one is destined for my wife's desk. She has been asking me for a figure and, given that she likes to remind me that she is one-quarter Lebanese on her mother's side, I thought a middle-Eastern person holding a big stick and telling people what to do would be most appropriate. Besides which I have five more of the fellows to complete over the coming weeks, which is more than I'll ever conceivably need.

I was very much looking forward to the Easter break and four days off in which to complete my last two units of Janissaries, as well as attend to some odd jobs around the house to keep everyone happy on the domestic front.

Almost on cue I started feeling a little off around 5pm on Thursday with what turned out to be an unseasonal dose of flu, from which I finally gathered up enough strength to emerge from the bed/couch around 1pm on the Monday afternoon, feeling rather short-changed.

Thanks to my very understanding wife I managed to spend the remaining few hours on Monday afternoon basing the following unit of Janissaries, whose green caftan now roughly matches the colour our pool appears to have become during my enforced rest: 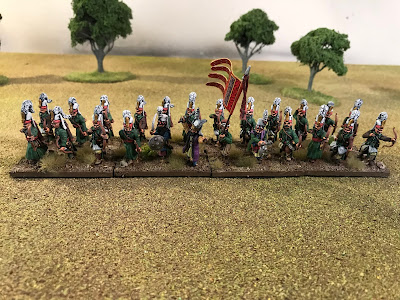 The figures are again TAG and are from one of their unit-builder sets, containing the usual four command figures and eight different poses of Janissaries firing or advancing: 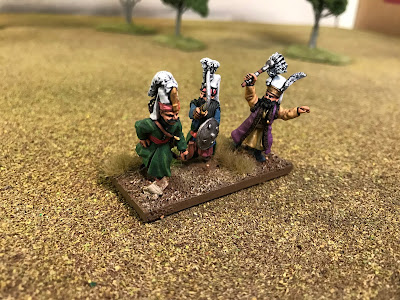 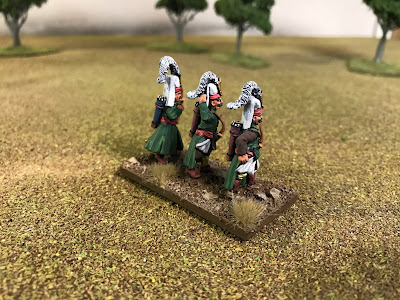 I'm still not sure why I chose green for this unit and, around halfway through, began to wonder if I had subliminally picked the colour due to old Robin Hood movies: 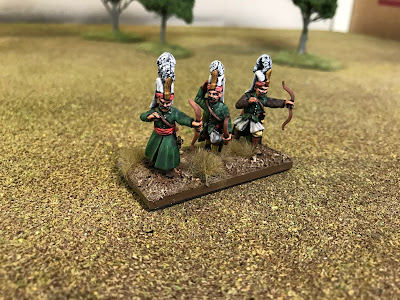 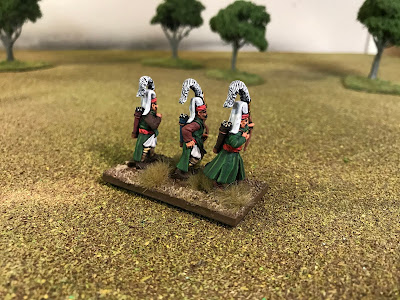 That's it for this unit, but obviously not for me with regard to the coming weekend and the yet-to-be-completed jobs around the home.