The first batch of figures completed for 2022 is twenty-four elements comprised of 72 figures of Ashigaru armed with the shorter naginata pole weapon. These figures really should be double-based with the samurai cavalry in DBMM as followers. I wanted to keep them separate to give myself flexibility for other rule sets however and have made separate sabot bases to combine them for DBMM purposes: 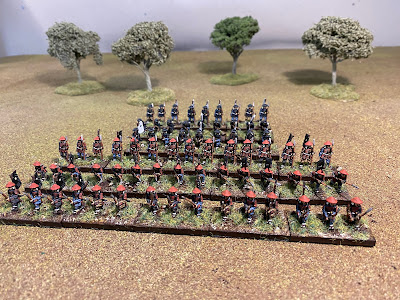 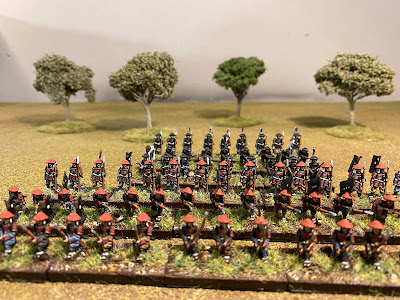 The figures are again from Eureka Miniatures and the poses are the same as the already completed yari-armed ashigaru, with standing, running and kneeling figures: 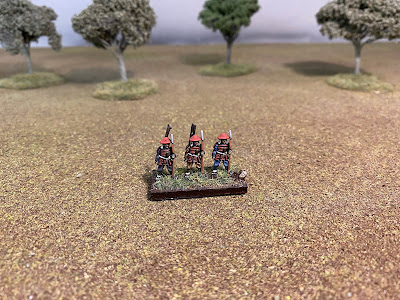 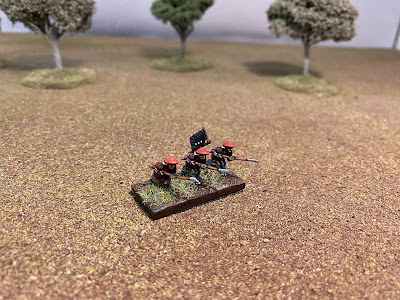 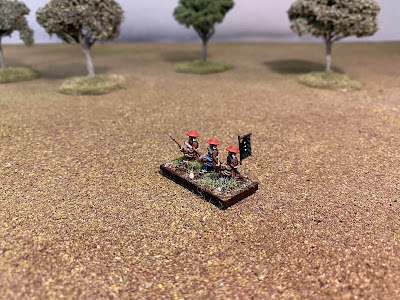 With essentially 234 of these figures across the three poses I again did a few in black armour, just to break things up a bit: 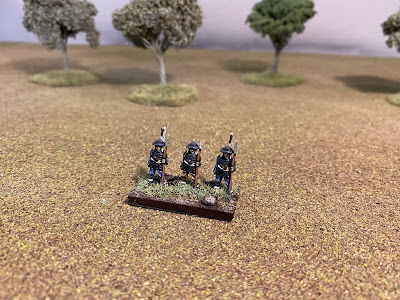 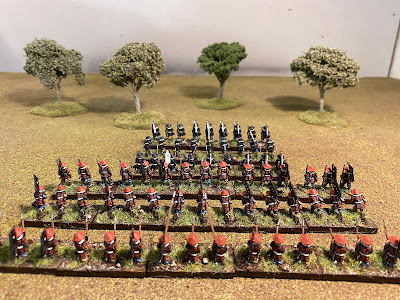 Not a bad effort considering I had also crammed some extra study in to complete my law degree to the point I now only have four subjects left to go, and we had our brush with COVID between Christmas and New Year.

With regard to the latter, the two children still at home tested positive first, followed by my wife a few days later. I then started waking up in the mornings feeling exhausted, followed by a general lack of motivation where even the smallest of household jobs seemed insurmountable. I essentially spent the week on the couch watching the Ashes cricket test, so my other half was not impressed when my PCR test result eventually came back negative.

Next up the last of the ashigaru, this time armed with bows.