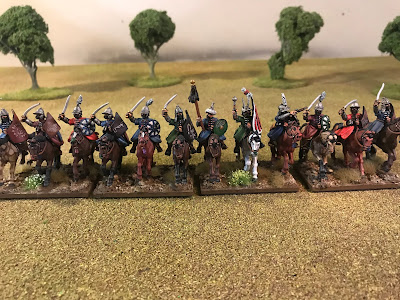 Most of the shields again incorporate part of a decal from Little Big Men Studios which, because they weren't designed for TAG figures, are not an exact fit and so have to be blended in with the uncovered areas of the shield: 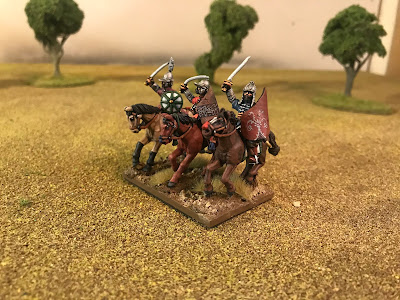 As I mentioned in response to Peter/Gonsalvo on the previous post, I am glad I went this route as I think they add an extra dimension to the figures and provide a result that I would not be able to achieve freehand: 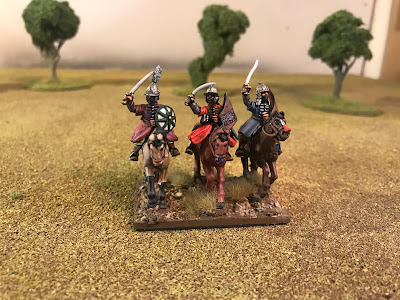 As with most TAG mounted units there are three command figures and three poses for the rank and file, one of which carries a bow and is a welcome inclusion as this continued to be standard equipment long after the sipahis obtained firearms: 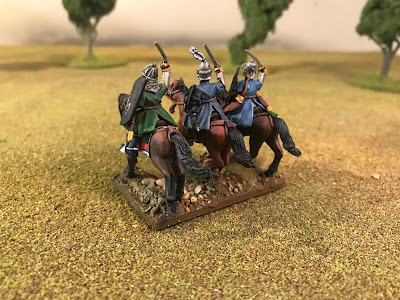 That's seven cavalry units completed, with the remaining two currently on the painting table. I have just realised that I have now passed the six-month mark on this project so it has been a larger investment in time than originally planned, given that it was intended only as a diversion after having painted twenty or so Napoleonic French line units. I am thoroughly enjoying the break from Napoleonics however and my mind is now turning to taking on one of several 15mm ancient armies I have in the lead pile, once this army is completed.
Posted by Lawrence H at 19:56 7 comments:

I'm on the home stretch now, with the first unit of feudal or timariot sipahis off the production line: 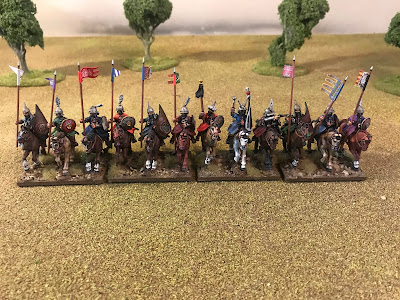 The timariot sipahis were provincial landholders who had been granted their fiefs by the state in return for service and the recruitment of a number of retainers, the number of the latter being related to the size of their individual landholding. 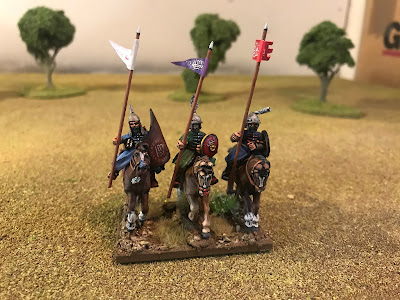 I ended up replacing the lances with wire lances from North Star as those supplied are a little bendy and therefore difficult to push through. There are three different lancer poses which is sufficient to provide some variety: 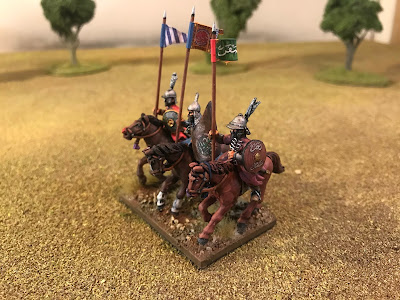 Along with three command figures: 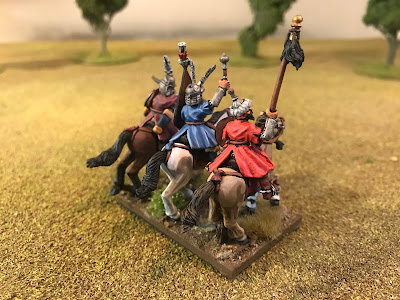 I have again used lance pennons from Little Big Man Studios, along with a few shield decals, to try to give each figure a unique appearance: 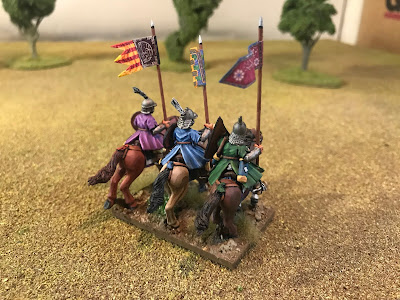 Two more units of sipahis and a dozen dellis to finish, and then the cavalry for the project will be completed.
Posted by Lawrence H at 18:57 6 comments: