A late addition to the army roster, this is the TAG Ottoman Tufekci unit builder set completed: 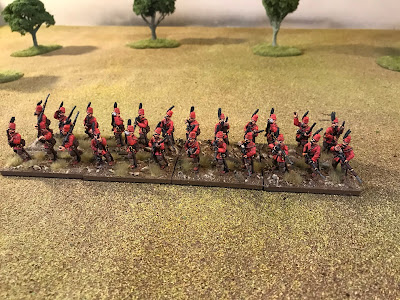 The Tufekcis came to prominence in the latter half of the 17th Century and were primarily recruited from hunters. I can vaguely recall reading somewhere that "tufekci" translates as "musket", which I suppose is a fairly literal but quite apt description of this troop-type in the same way that "sipahi", which I have always thought sounds quite exotic to my Western ear, simply means "cavalryman": 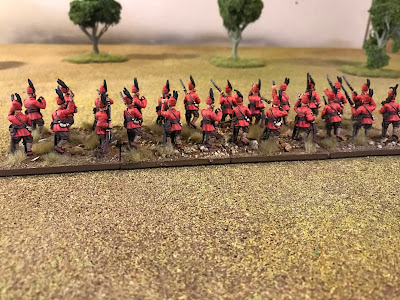 One thing I found interesting is that, while they were recruits, they had a regular appearance and may had been issued with a uniform. There are some descriptions and an early plate which is contained in the Sloane collection of the British Library portraying the soldiers in red and blue coats. I went with red and used the Foundry scarlet triad, which I was quite pleased with and think I might use for my Napoleonic British as it has a richer colour than the Foundry triad actually intended for that purpose: 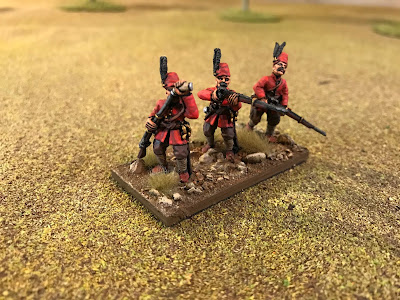 The TAG figures are again very nice, and the unit builder set contains a wide variety of poses to help maintain interest: 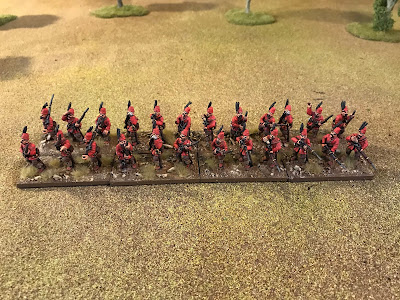 I have also managed to complete the last of the command figures; another Turkish Pasha which makes seven of these all told, if I include the one on my wife's desk: 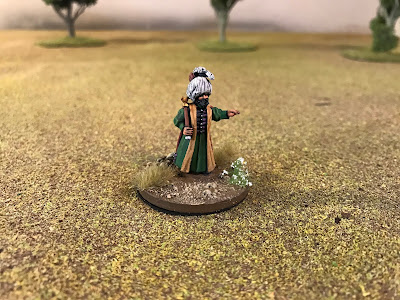 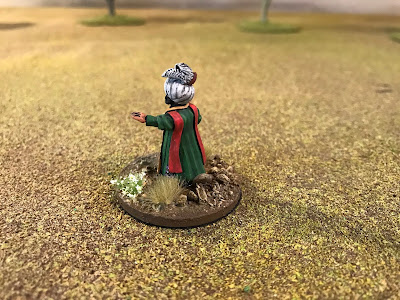 That just leaves the artillery to complete the project, which I hope to have finished within the next couple of weeks.
Posted by Lawrence H at 05:23 10 comments:

I had originally planned three Azab units, but this fourth hand-weapon armed group of Azabs was an unexpected addition thanks to the generosity of Pete at The Assault Group. I had ordered a few additional units including some Ottoman Tufekcis, which will hopefully be off the painting table within the next couple of weeks, but I received another unit of Azabs by mistake. I offered to send them back but Pete said not to bother and that I should keep them with his compliments, and he posted the missing unit of Tufekcis the following week.

Well, I couldn't leave them lying around just gathering dust, so here is the fourth and final unit of Azabs completed: 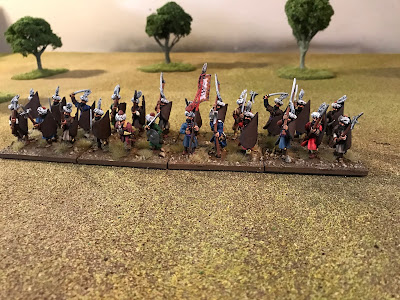 TAG Unit Builder Sets are often a mixture of complementary packs which gives a fair amount of variety within each unit. The Azab hand-weapon pack includes a mix of pole and sword wielding figures, with a total of twelve different poses in a twenty-four figure unit: 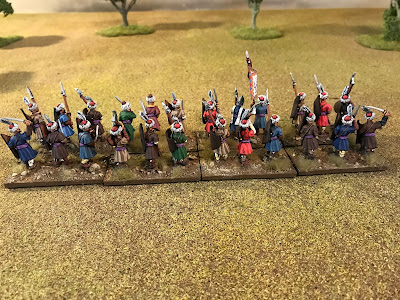 It then dawned on me that, due to the way I had based the earlier unit-builder pack, I could combine these figures to provide one unit equipped with pole arms and another entirely with swords. So here they are rearranged as such, and this is the way I will probably keep them going forward: 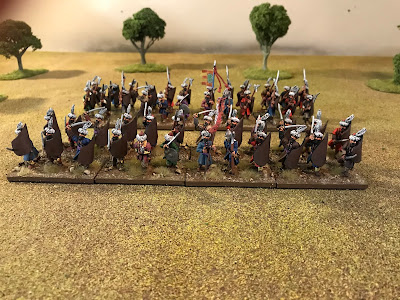 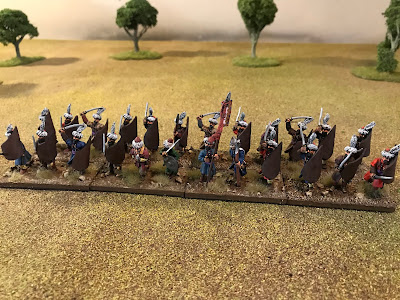 And those armed with pole weapons: 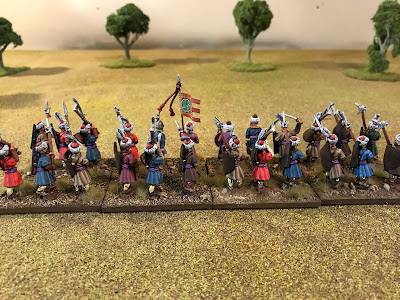 Needless to say I am very happy with the result, and especially Pete's generosity. Hopefully I'll make it up to him over the coming year as I will be placing an order for more renaissance Poles, and have three additional TAG Eastern European armies planned beyond that.
Posted by Lawrence H at 04:59 6 comments: